I have to say that despite the very grim forecast, we got away with it pretty lightly with Garry and Michelle at their wedding at St Saviour’s Church, Birstall and followed by the reception at Woodlands Hotel. Having said that, we spent the enitre afternoon shower dodging! No sooner had we got folks out than the heavens would open so a dash back into the conservatory only to find the rain had stopped as quickly as it had started! At least with a Woodlands Hotel wedding there is room inside for shots if the weather is bad and we did do some of the formal shots inside, but eventually we took the bride and groom out and used the doorways to shelter them while I took a soaking for a second time over the last couple of weeks, though it was nowhere near as bad as Louise and Rusell’s wedding day! While we were shooting the bride and groom, the guests were indulging in afternoon tea, comprising of dainty finger sandwiches and plates of equisite little cakes including gorgeous caramel eclairs which I insisted the bride should try but I hadn’t intended her to get it all down the front of the dress :¬) After a quick sponging down we went out into the grounds and, despite the flat light and rain showers, we got some great images. Here are just a few from the day.

To book me as your Woodlands Hotel wedding photographer just call the studio on 01924 229800 for a chat. 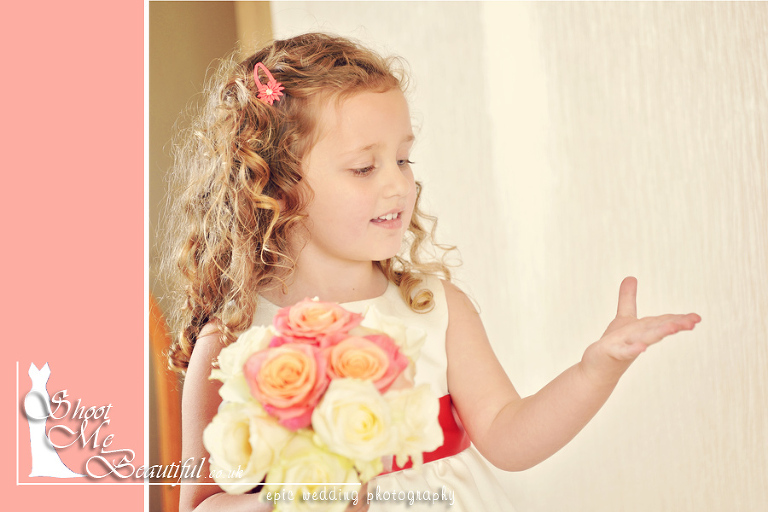 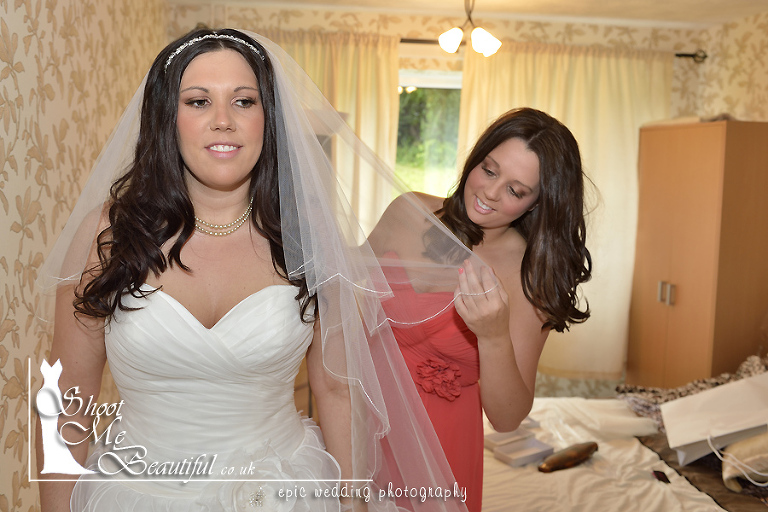 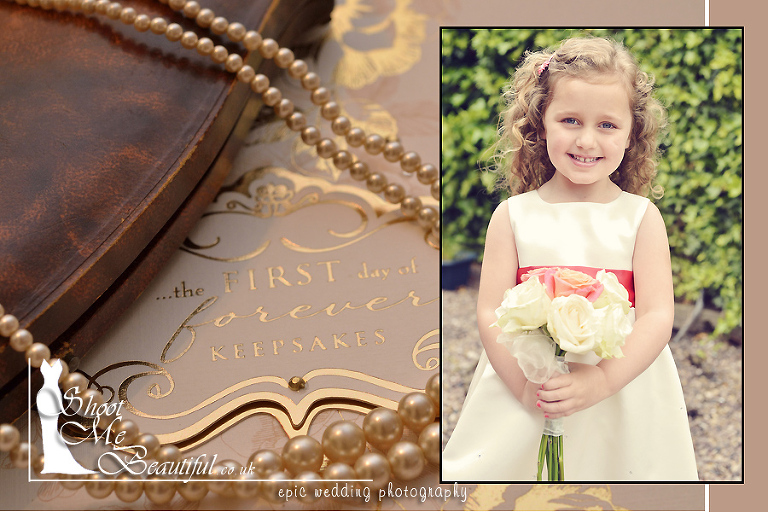 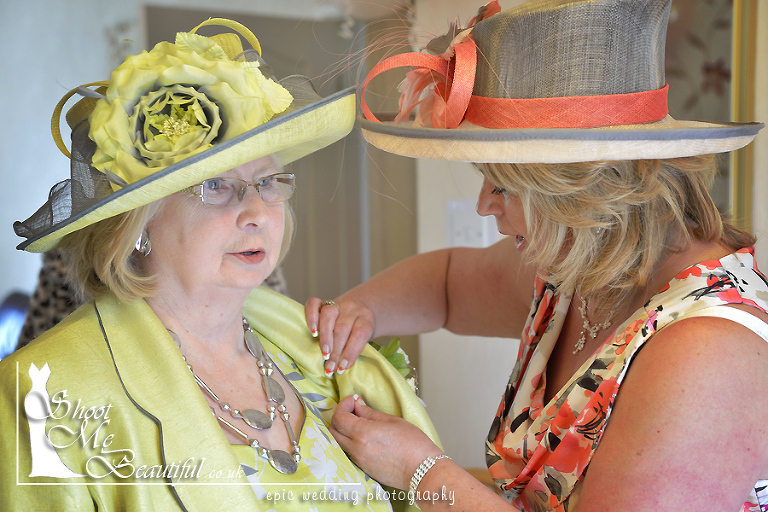 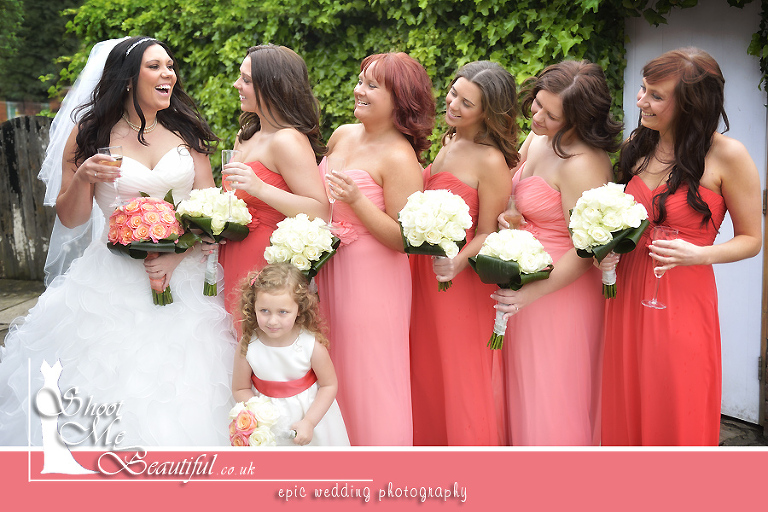 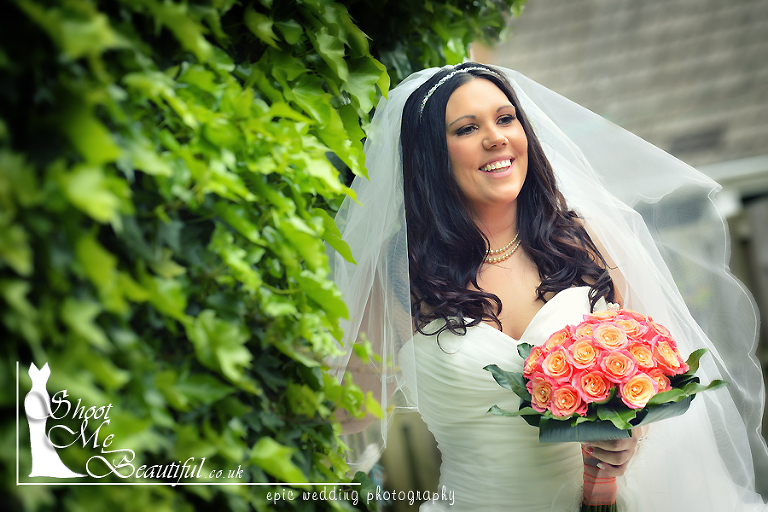 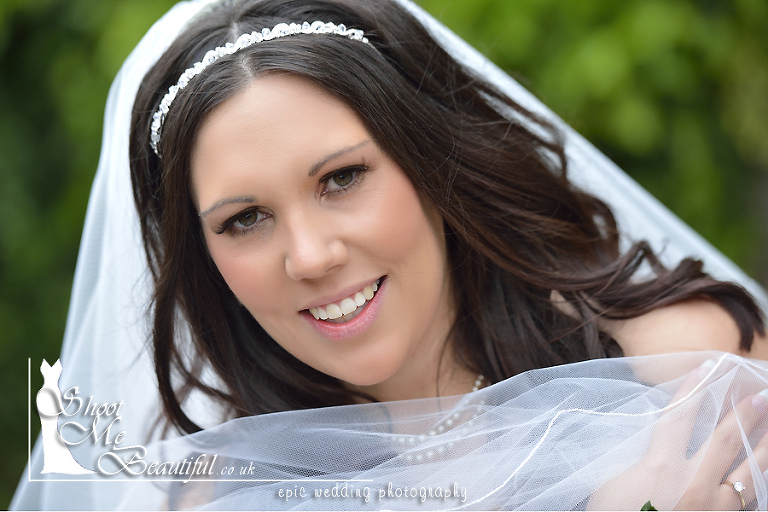 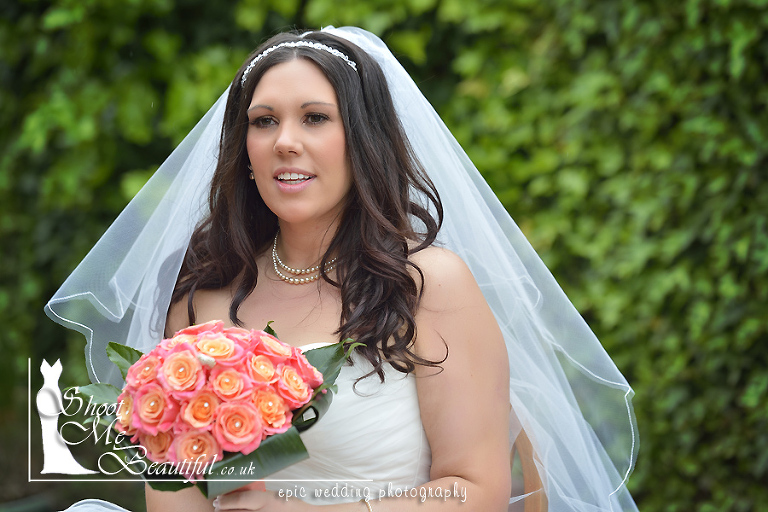 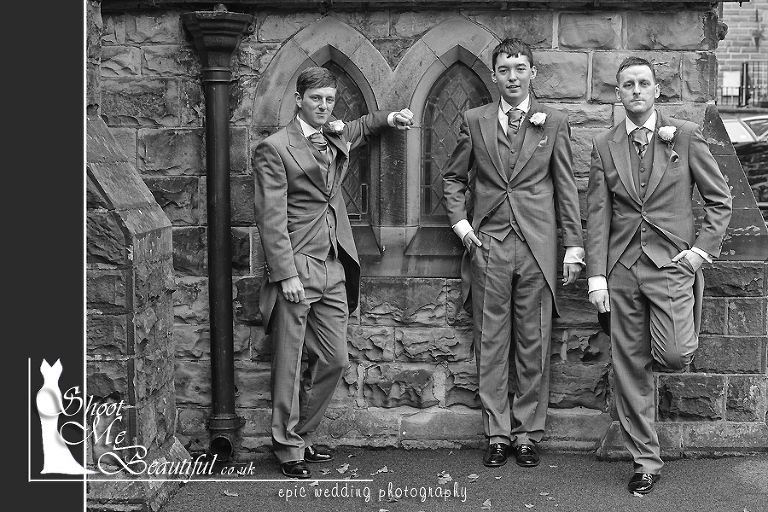 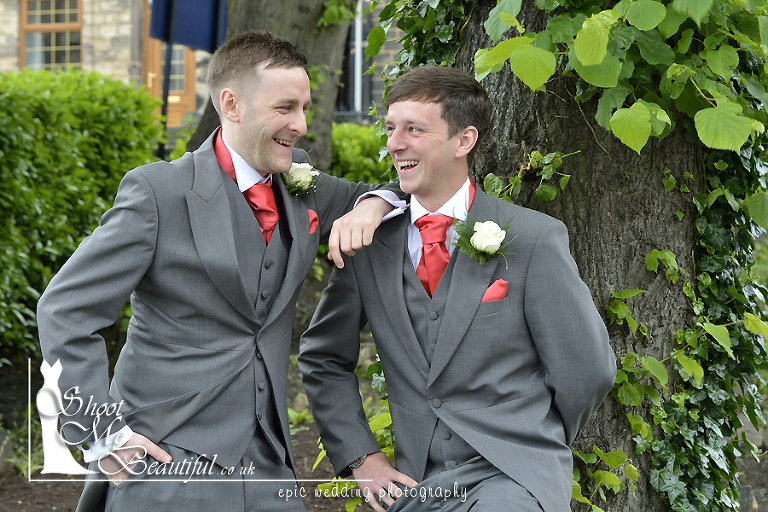 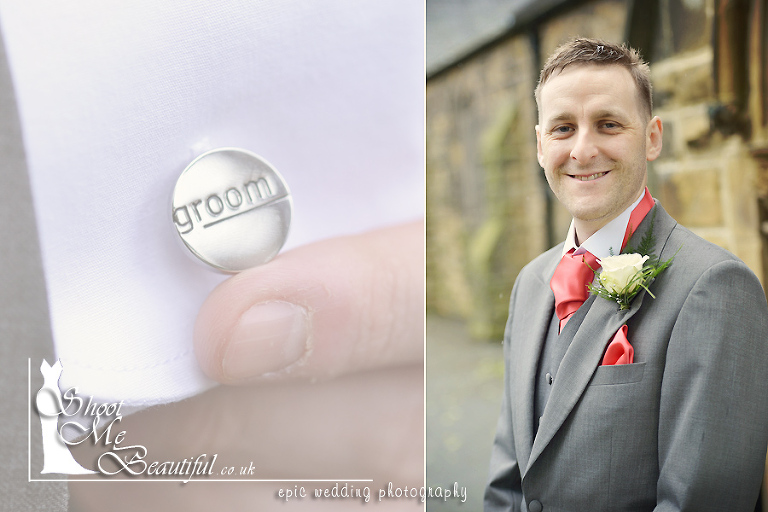 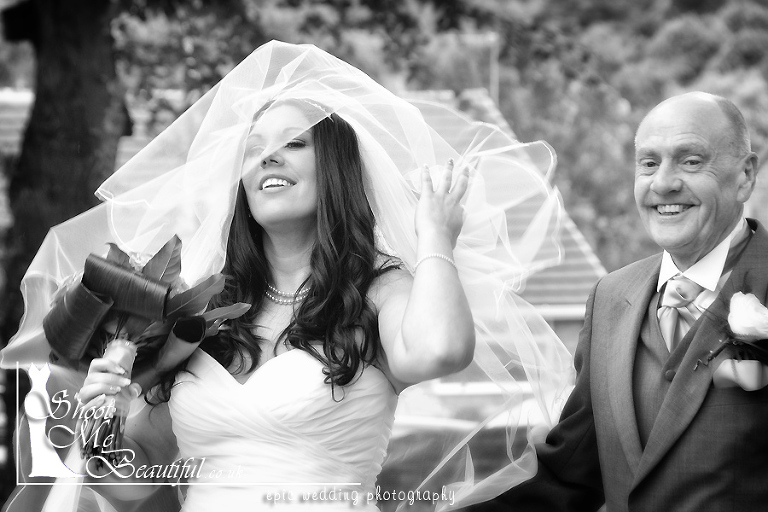 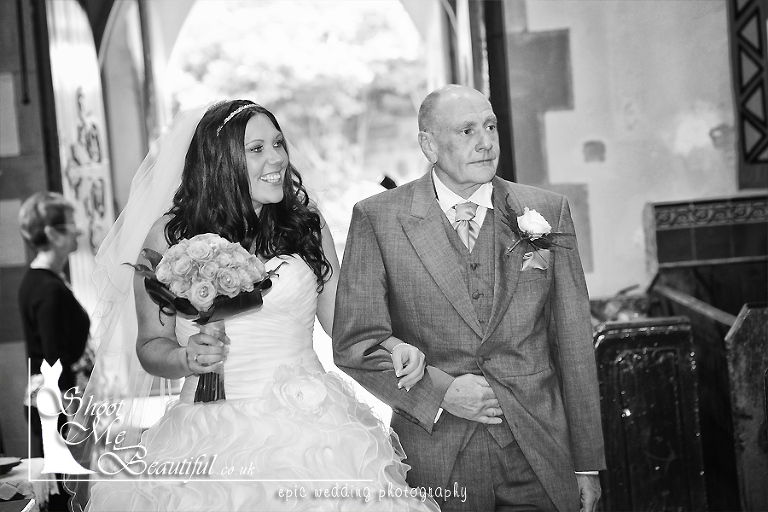 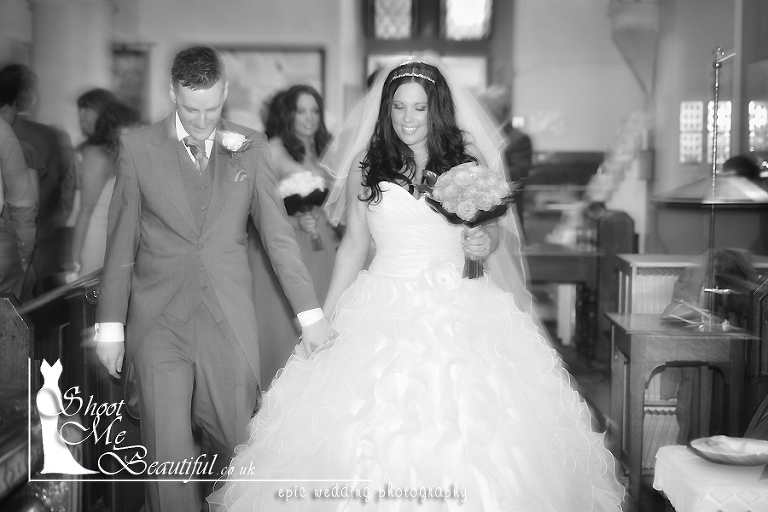 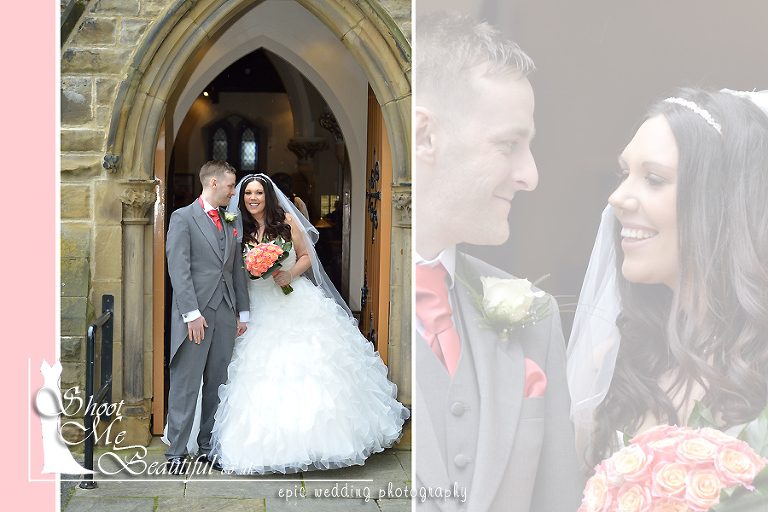 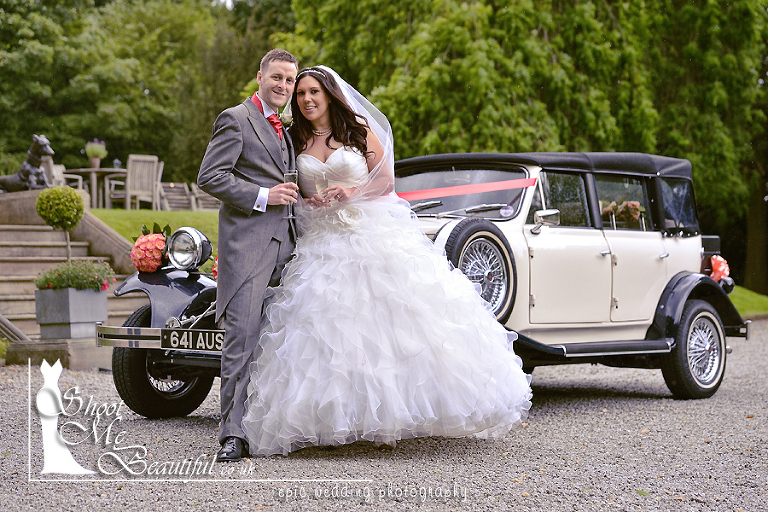 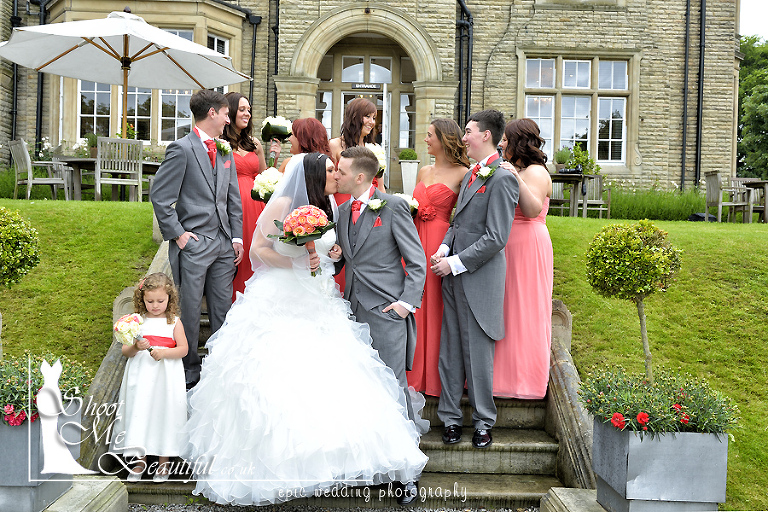 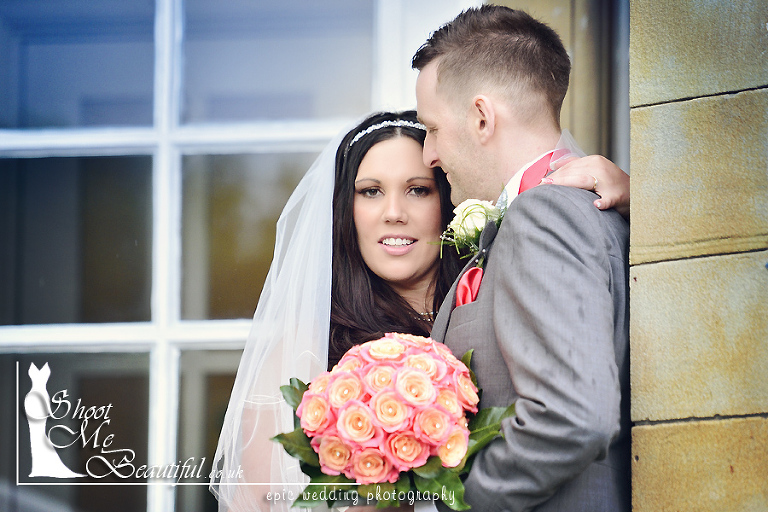 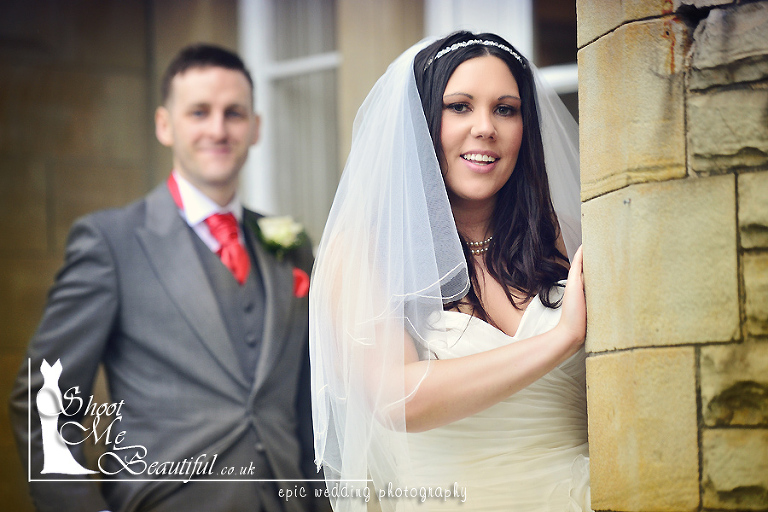 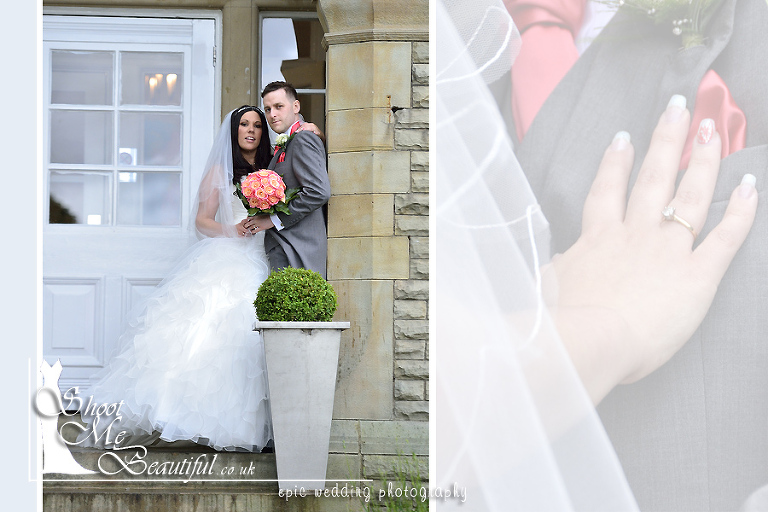 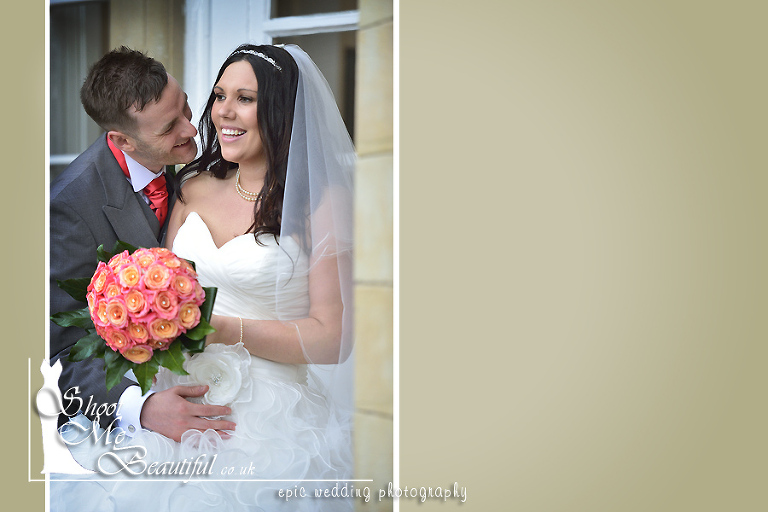 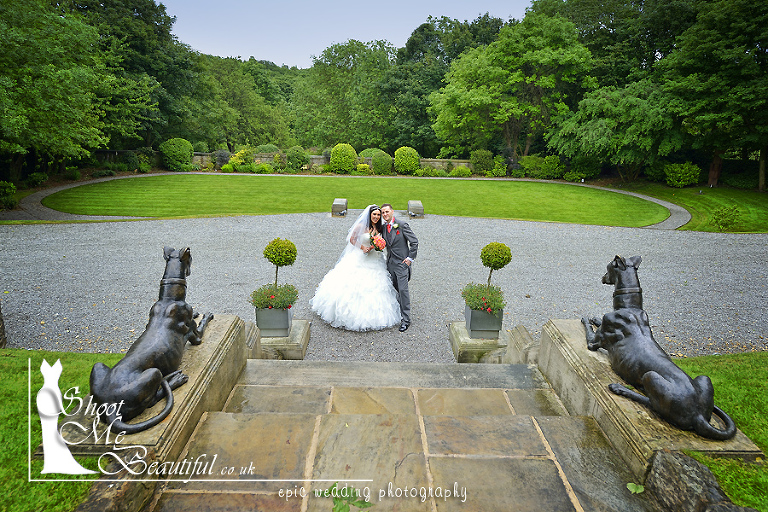 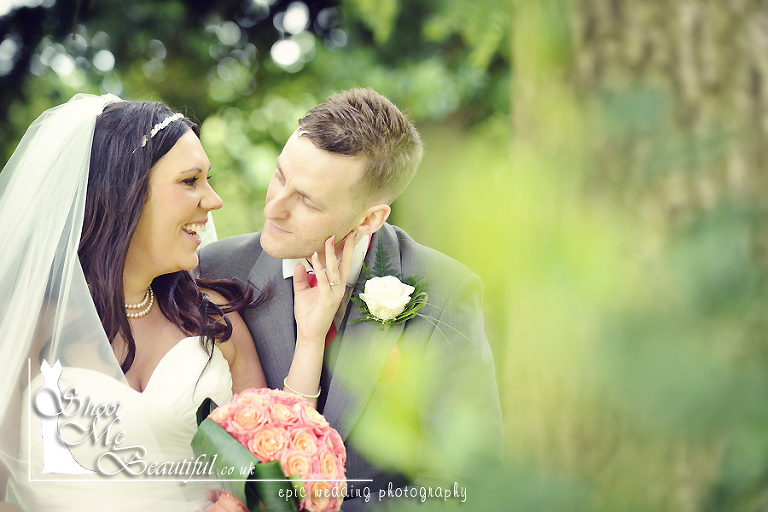 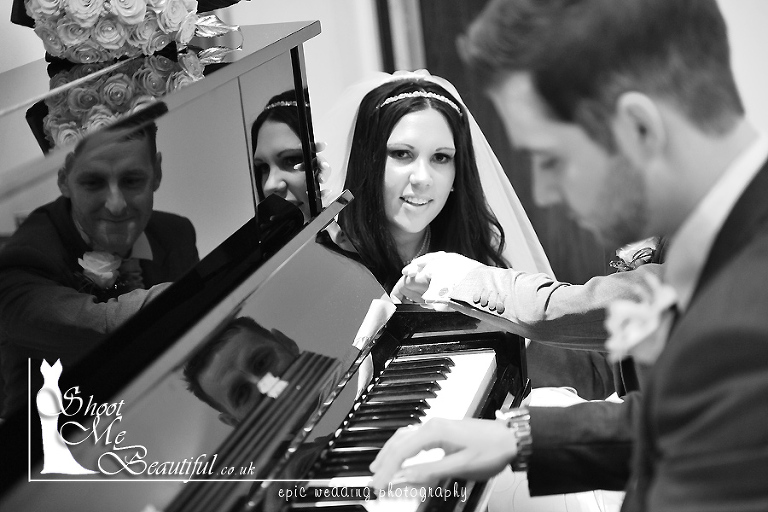 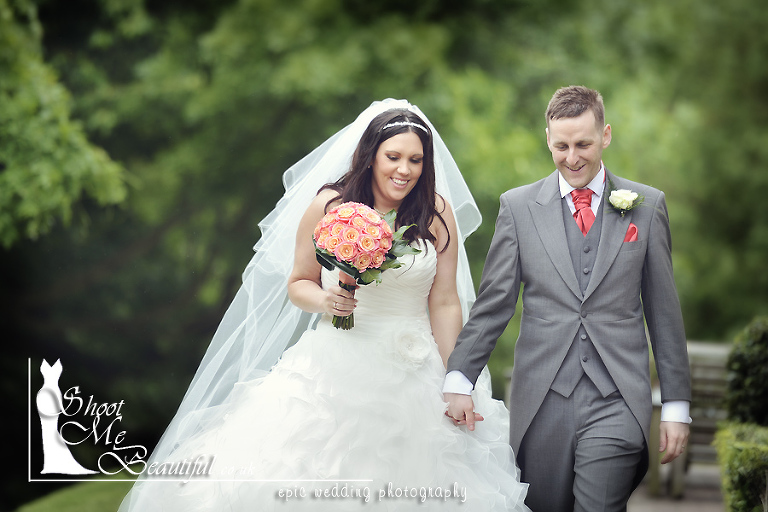 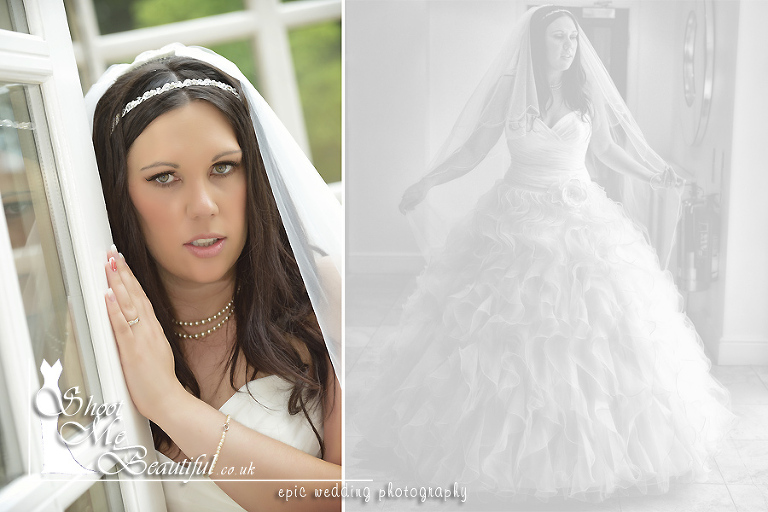 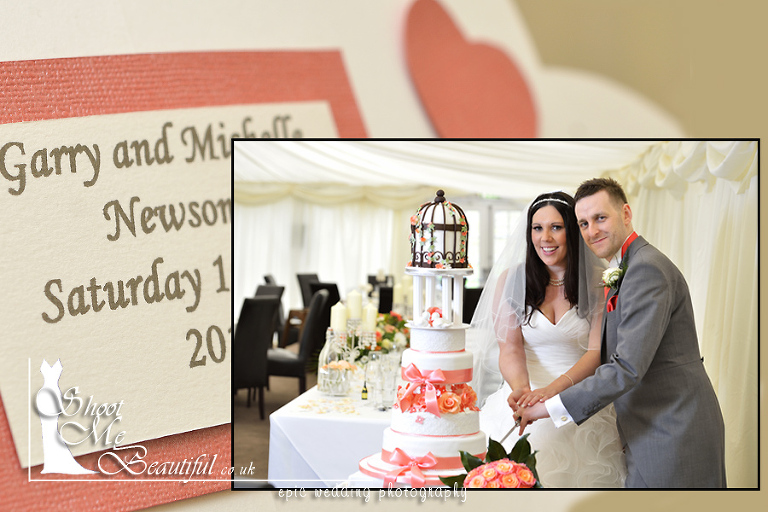