After a hectic build-up and a workload that had me in a spin, Christmas came and went in the blink of an eye, but at least the three days I had off gave me chance to relax and have a beer ahead of the next onslaught that came in the form of a shoot at London’s Stratford City shopping centre! The seven labours of Heracles were nothing compared to this shoot! Collecting the apples of the Hesperides, cleaning the Stables of Augeas or fighting Cerberus, the two-headed dog that guards the entrance to the underworld would all have been relatively simple tasks compared to obtaining a press pass and then visiting Europe’s biggest shopping mall at 16:00hrs on a Friday night two days after the Boxing Day sales had begun. I suspect most of the southern half of England were in the mall that night, wandering round in an aimless daze and after queuing for 15mins to get into the car park and then battling through a sea of humanity to the management suite, I finally got adorned with the said pass and was out shooting! Fortunately, the crowds weren’t as bad outside and inside they had dispersed a little around 17:30 but when I did leave at 18:30, it took over half an hour to get out of the car park! Hopefully, I won’t have to go back there again! 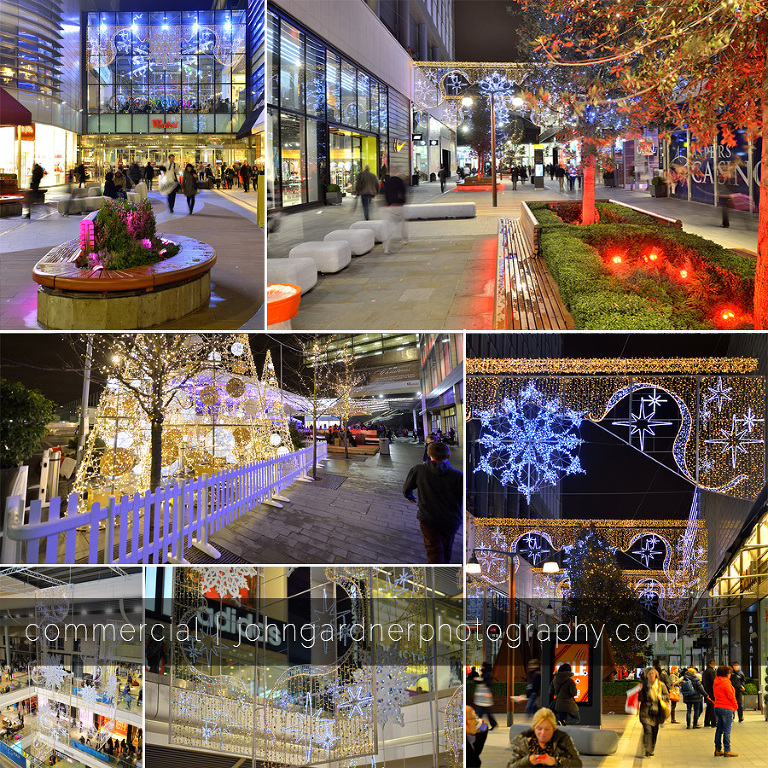 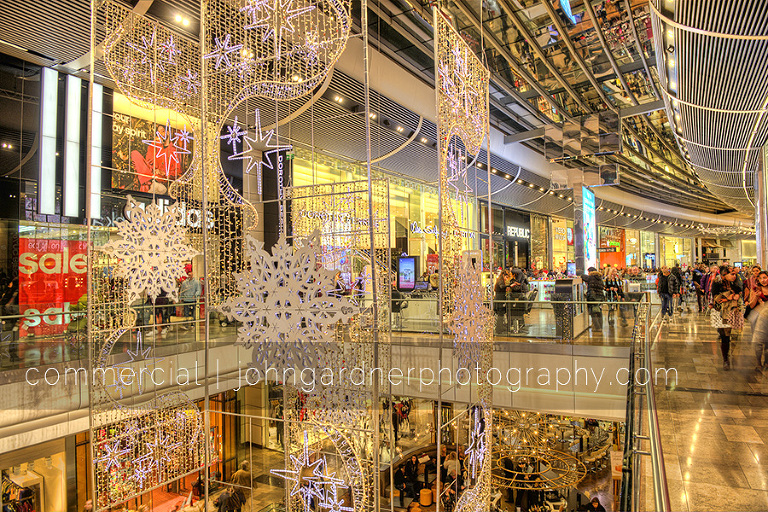