Firstly RTL TV from Germany, then Sky Living and now Channel 4 in the studio filming me during a shoot. This time the brief was to shoot a glamour set with Nikki with her dad there to see what goes on at a typical shoot. I know, you’re all wondering why her dad was there! Well, the gist of the programme is that it aims to follow every day folks through some kind of conflict where each side tries to persuade the other of the rights and wrongs of the cause. In this case, the dad doesn’t want his daughter to be a glamour model and so she’s invited him to a shoot to try and alay his anxiety and to show him how the shoots are not at all like most folks imagine. That’s where I come in – I was chosen to be the photographer to do the shoot while the Channel 4 filmed. Dad lost his nerve towards the end and left but we finished the shoot and got some good footage in the can as they say. Not sure when it will be aired but I will find out and post it here, maybe! I really don’t like being in front of the camera :¬(

To be honest, the images we shot were not too important and aren’t required for the show, it was more about filming the dad/daughter interaction. So, I kept everything simple but obviously, I was shooting for real and here are a couple of shots. As I don’t need to process these in a hurry they will go on the back burner as I have too many shoots and wedding albums to deal with at the moment. Will post more in a few days or so. 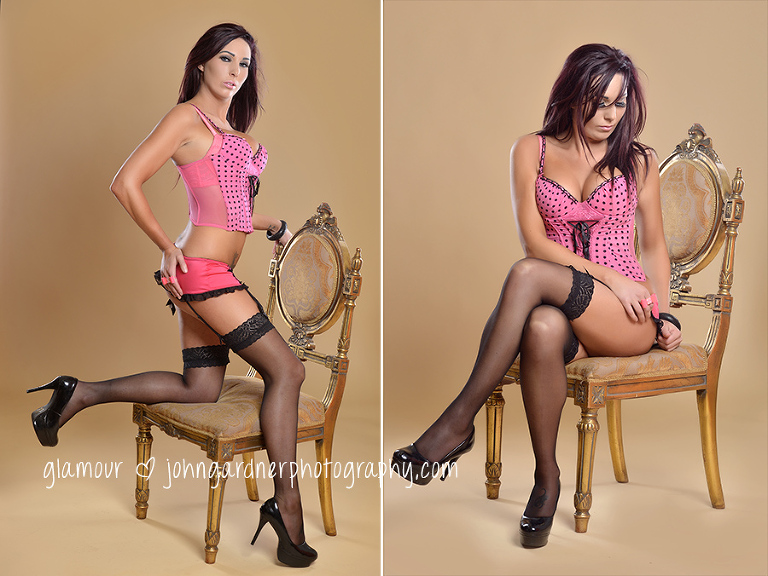