Back at Trinity Walk for the second time today but this time I was here at dusk with the mission to photograph a giant reindeer – part of the Christmas lights. Don’t panic! It’s not Christmas yet and the lights aren’t on but some shots were needed for a large bill board campaign so I had arranged for the lights to be switched on temporarily just for me :¬) It was panic stations all around from the centre management staff as I think they wanted to get the lights on and off as quickly as possible so as not to spoil the big switch on later in the month. However, it did give them chance to try out a synchronised switch on ahead of the big day and it all went swimmingly. Here are a couple of pictures to give you a sneak preview of what’s to come. 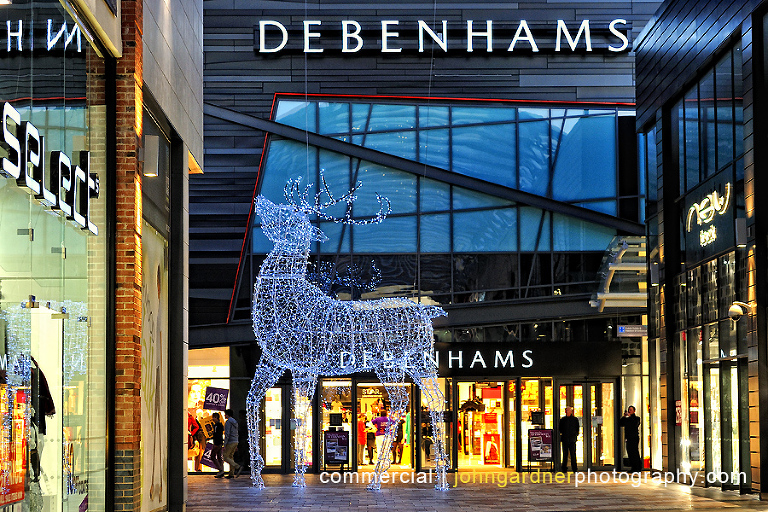 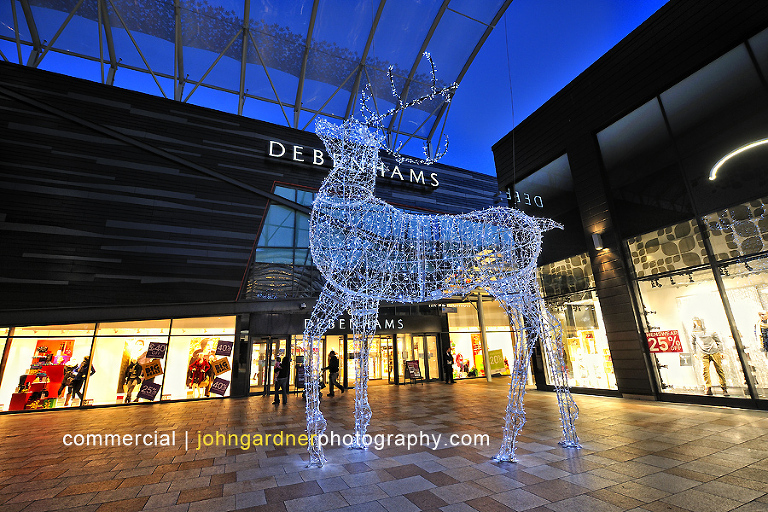