The Excite crew were again in the studio along with plus size model Amy to shoot some knitwear and other tops that have just arrived in stock. We followed the usual format of shooting the catalog shots on the white infinity curve before moving on to create a few impact shots for flyers and brochures. It would have been great to shoot some knitwear outside with autumn leaves but the damp, grey day and light drizzle put a stop to that, instead we moved through the studio to shoot indoors using a few different locations. We did shoot just a couple out the back, but the back yard is in shade and on a grey day like today, the light was positively flat! 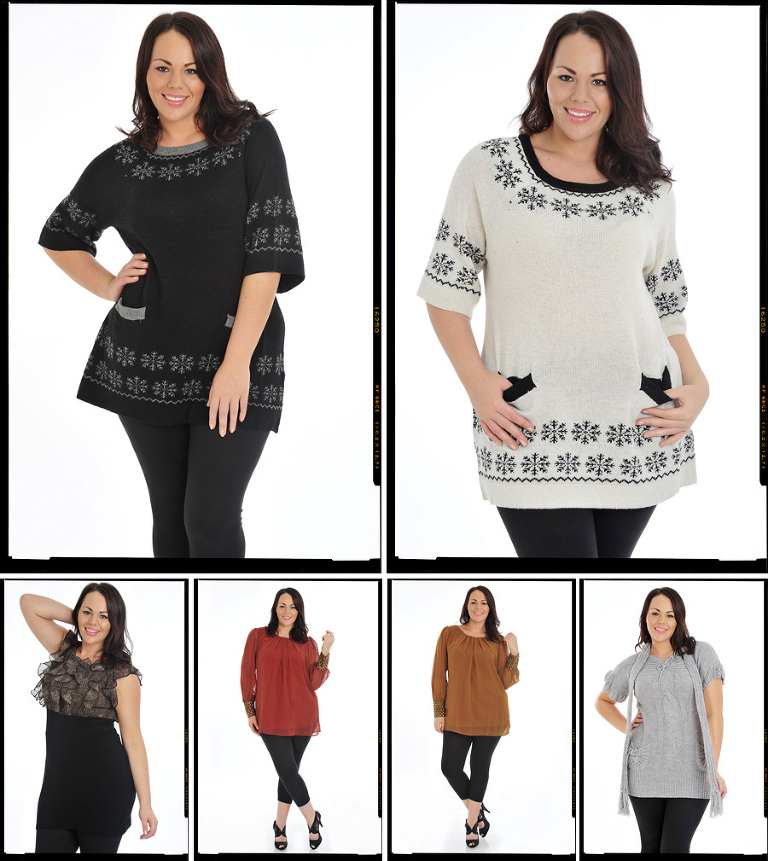 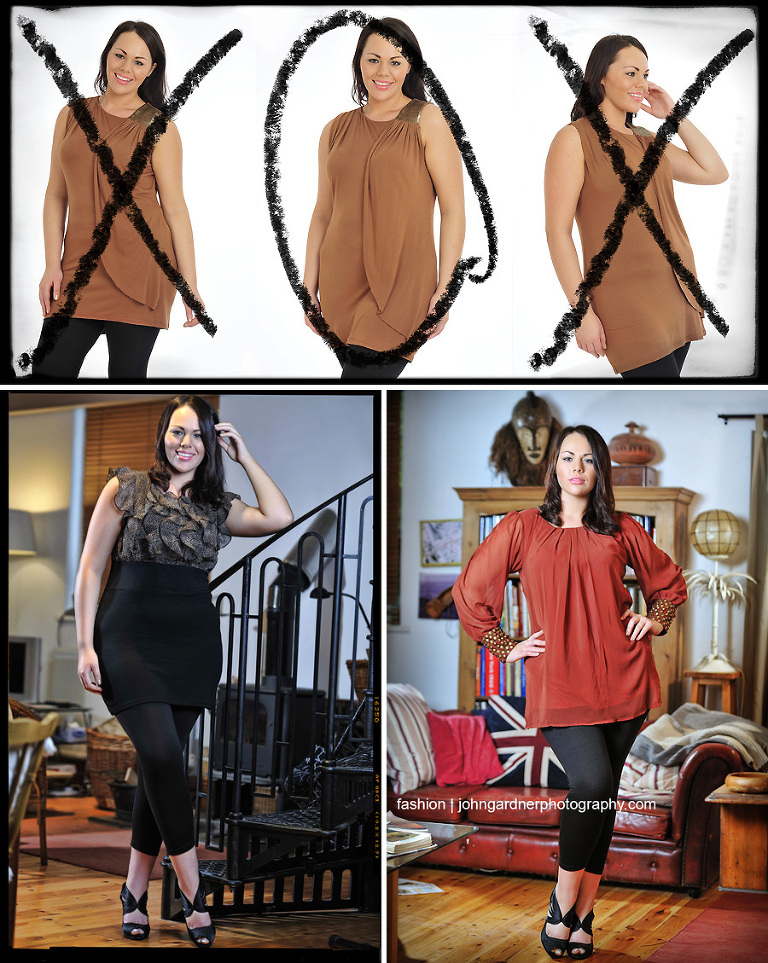