My daughter’s birthday today and also very typical weather for a bank holiday Sunday with a cold wind and heavy cloud and the odd spot of rain! So, what to do? Well, we’d seen that the Keighley & Worth Valley Railway were celebrating 40yrs since the making of the film ‘The Railway Children’ which was filmed on location around Oakworth station and Howarth and, being outvoted 3-1, that’s where we went. I decided it would probably be packed and therefore have little photo opportunities so, ever the professional, I left my gear at home! Fortunately, I did take my backup DSLR and a consumer zoom ranging from 18mm-200mm to do some family snaps but boy! Did I regret not taking the big boy’s camera  and a couple of very fast pieces of glass?!

Throughout the course of the day, local actors from Keighley were re-enacting scenes from the film and, remarkably, for much of the morning the station was relatively quite which allowed for some great candid photography of the actors as they performed the scenes amidst the tourists and film aficionados (my wife!). However, I managed to have a few minutes away from the crowds with actress Barbara Boothroyd, who was playing the mother, as she stood inside the ticket office.

Barbara was dressed in resplendant Edwardian costume and the setting was perfect in period detail and I had a great chance for a few quick portraits. The wide brimmed hat was throwing the face into heavy shadow (think mothers at weddings!) and at this moment I would have given my left arm for an aperture of f/2.8 and my California Sunbounce or a speedlight that I could have used off camera. As it was, I had to make do with a variable aperture of f/3.5-5.6 and not even a piece of white paper for fill! With only ambient light to work with, the only thing was to turn Barbara’s face to the windows and go for some soft natural light with the head tilted back slightly to get light into the eyes. 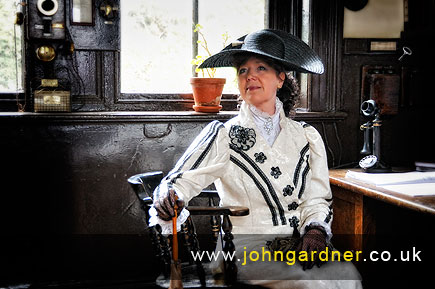 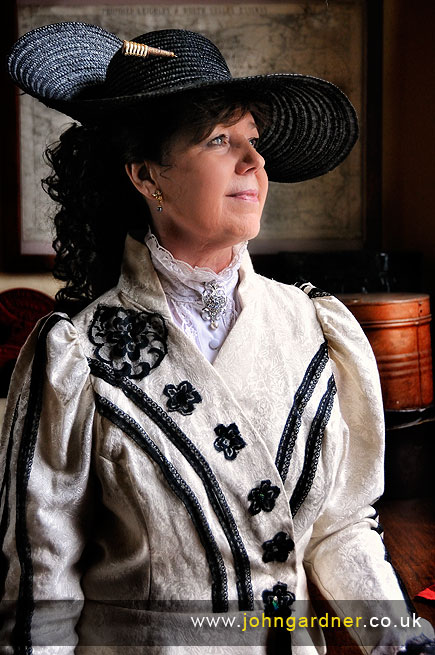 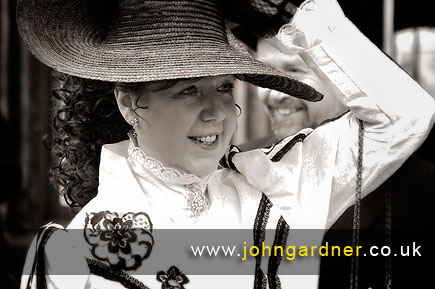 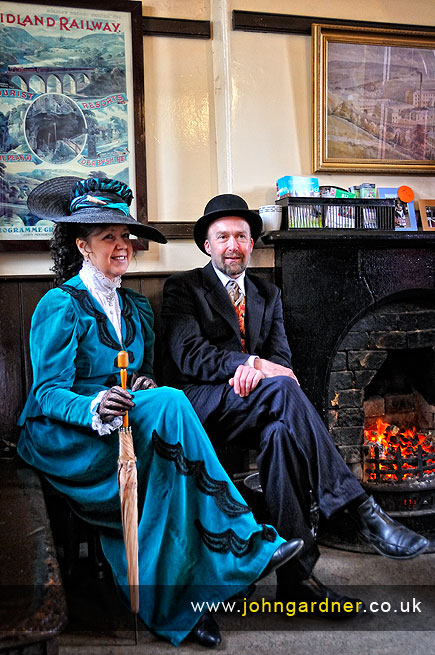 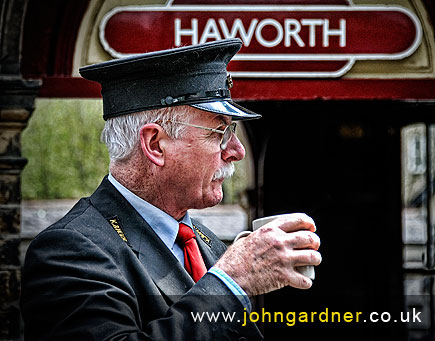