Portrait of a Golf Club Captain

Before I went away I got a call from Ron who wanted a formal portrait to hang in the golf club in Spain where he has just been made Captain. A golfer all his life and past president of his local club, he now spends quite a bit of time on the Costa del Sol taking on the German and Australian fraternity in the club. Having booked him in the diary, it was a quick and easy shoot with a classic three light set-up against a mid grey background. I took the mid-grey down a stop by limiting the light hitting it and also punched in a bit of fill from camera left just to soften the edge transfer and lighten the laughter lines. Should look good on the wall in Spain :¬) 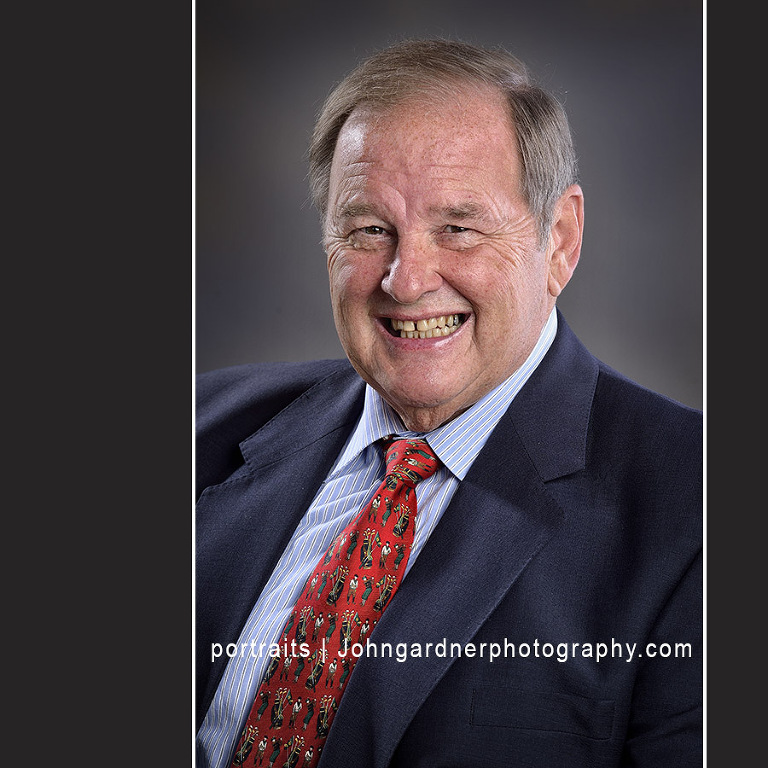