Home from holiday yesterday and into NEW College, Pontefract for 06:30hrs this morning to photograph the A level results day! The brief was to shoot some formal and candid shots of the kids getting their results, There were mostly happy faces and I saw several pupils with four A* A levels!! A couple had also secured paces at Oxbridge so the college must be getting something right. However, this year due to building works, the results were given out in the theatre which is like a blacked out cave and worse still, the black walls are not matt!! The up shot is that no matter where I situated the lights, I was getting some shocking specular highlights on the walls! Also, I like three lights minimum when shooting against black to ensure my subject is separated from the background but there wasn’t enough room to get the hair lights in behind the pupils. They were killing me with the small amount of space and reflective walls. Anyway, I managed in the end, I suppose it’s where experience counts for something :¬) 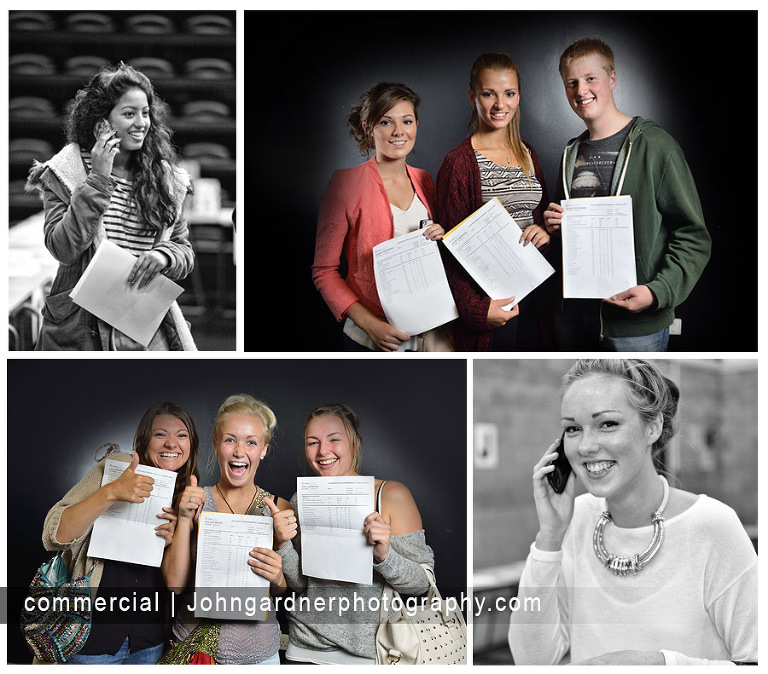 by JohnPosted in Commercial
Show Hide 0 comments
« Fuji X-Pro 1: A Postcard from Luxembourg
Portrait of a Golf Club Captain »