When Channel4 were looking for a Yorkshire glamour photographer a couple of years ago, they came across me and booked me for a shoot for one of their programmes which was based around a girl wanting to be a glamour model and her father not being happy about it. Nikki has decided now to have a go at being a full time glamour model and booked in with me again to shoot some portfolio and promo work. I should have known better than shooting on Friday 13th as all sorts of things happened to hamper the shoot and in the end, we only had around 90minutes shooting but I think we got some good images. Nikki is based close so I think we will shoot again shortly but here are a few from the current session.

I’ve been playing a good deal with 800w hot lights recently and I use those redheads for a lot of my Hollywood lighting, but I have been fancying the idea of shooting with cool lights such as the Hedler HMIs or LED panels. While I was in the The Flash Centre in Leeds, I was chatting to manager Russ who kindly offered to lend me a pair of LED panels to try. I used them on the indoor lingerie shoot here but I struggled with the white balance immensely! The lingerie images are lit with a couple of Socanland panels and backlit by an 800w tungsten. You might argue I was asking for trouble by mixing the light sources but the Socanlands are supposed to be daylight balanced so it should have worked ok. However, the LEDs have a strong green cast in my view and I ended up continually tweaking the white balance until I got it something like an acceptable result. I still feel there is a magenta cast in these images but they are just about acceptable. Thanks to Russell at The Flash Centre for the loan of the LEDs, I can recommend you go there if you want good friendly advice on all things flash. Tell Russ I sent you :¬) 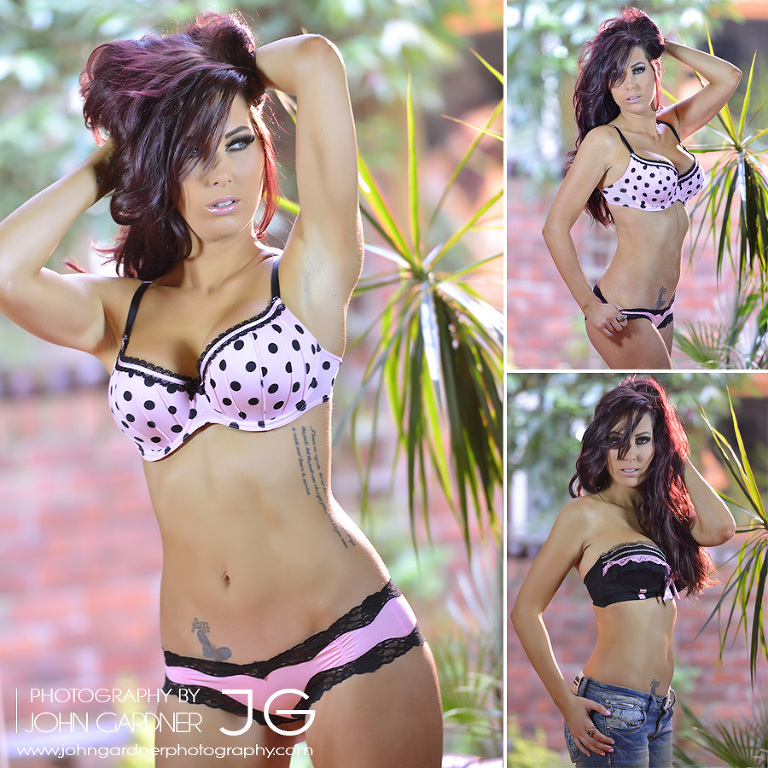