West Yorkshire commercial photographer: Another shoot for MK Illuminations, this time at the Bridges centre in Sunderland so it was north on the A1 for the second day running to get on site for around 3.30pm just ahead of sunset. This centre has a large glass atrium so being there just before sunset to make sure the lights are photographed in the blue hour was critical. Security were expecting me so no problems there and so it was straight into the shoot starting in the main mall before nipping outside to try and capture a shot looking back into the centre and the curtain of lights just behind the glass entrance wall. These shoots are never as easy as you might think and they involve a lot of running around frantically in the 40 minutes or so straight after sunset. Look out for the double exposure image created in camera with a slow shutter speed while revolving the 70-200mm within its own tripod collar! 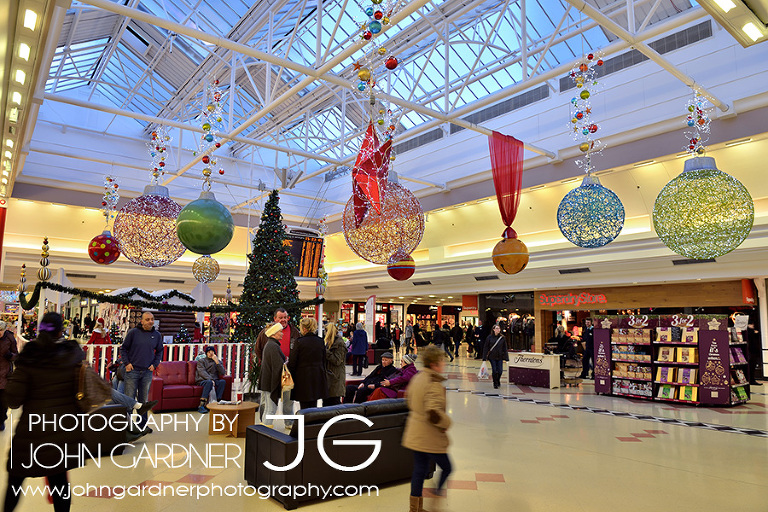 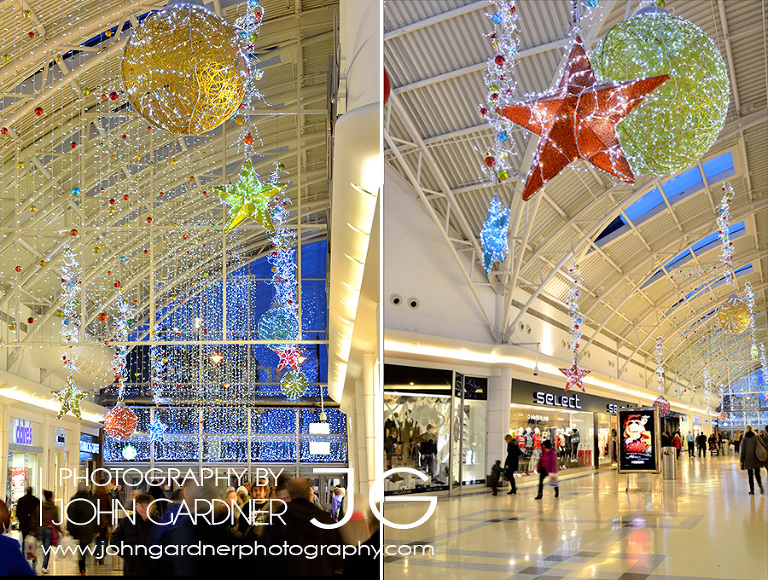 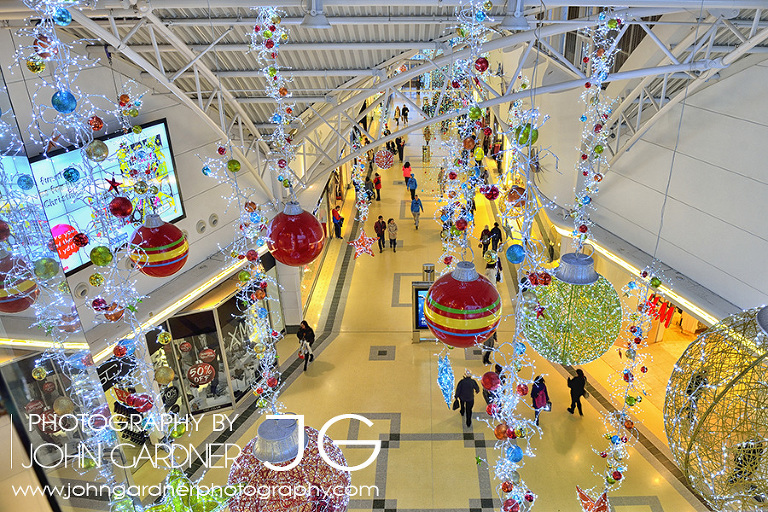 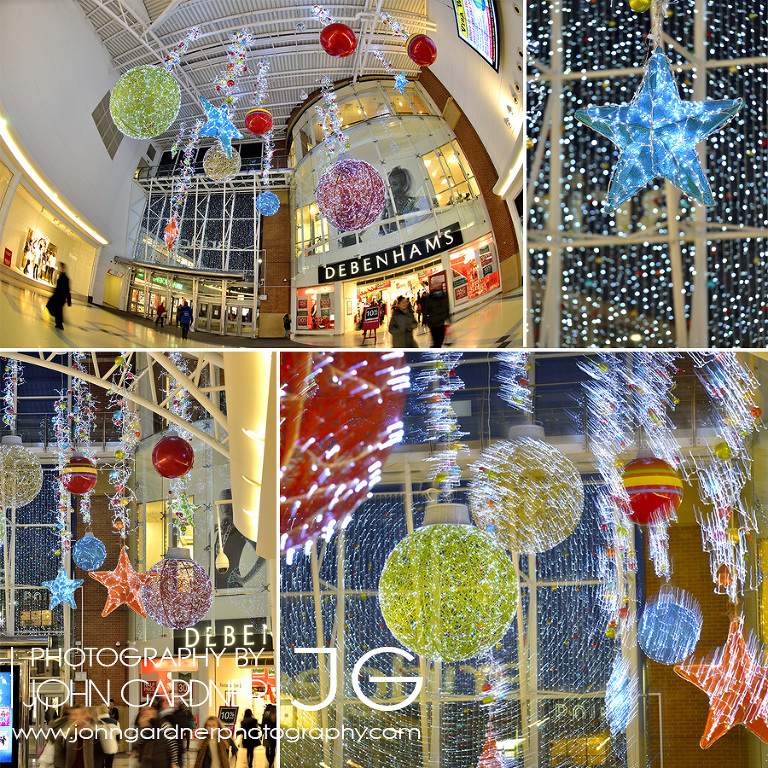