Wakefield Camera Club invited me along to show them some simple lighting techniques that they could use for portrait photography. I went along with a very basic kit and a black backdrop as I had been told the models, which they were supplying, were a couple they’ve used before that have some fabulous Edwardian and Victoriana costumes. However, things were very different and the models also own many other styles of costumes and this time Louise turned up as a vampire from the film ‘Blade’ and was dressed from head to toe in black PVC! Black PVC on a black background is not a problem in itself, in fact black on black looks very good, the problem was I just didn’t really have the right lights for the job. Instead of using large strip boxes close to the model, I was forced to use the deep reflectors I’d brought that were fitted with tight honeycomb grids that restrict the light even more. I normally use the deep reflectors just has hair lights but now I had to make them act as rim light and hair lights at the same time! In the end, I managed to get some kind of lighting that brought out the detail in the costume, gave us a good key light and gave separation from the background but only just :¬) 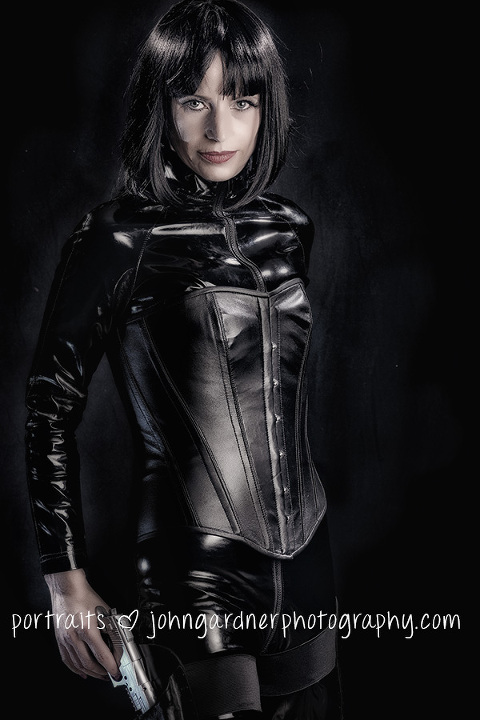