I headed over to the helipad at Nostell today to shoot a quick press and PR set for Yorkshire Air Ambulance who were being shown the new Viamaster truck with the YAA logo emblazened on the side. Viamaster, a Castleford based haulage company, had donated the side of one of their trucks to have the air ambulance logo and contact details on which is great advertising as the trucks head up and down the roads fo Britain. However, the weather wasn’t playing ball and it was utterly pouring it down when we did the shoot! The idea was to have some shots of the poaramedics and air crew in front of the lorry along with representatives from Viamaster. We did manage a few images but it really was monsoon weather! Here’s coupld of shots of the paramedics with the helicopter and the Viamaster truck. 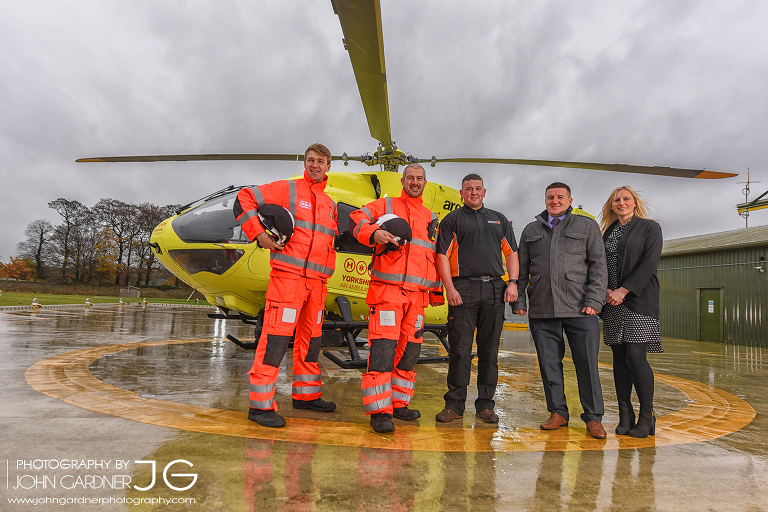 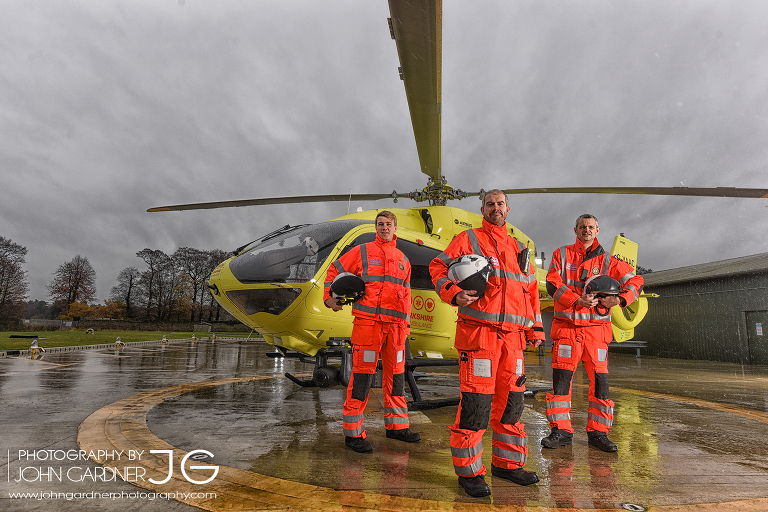 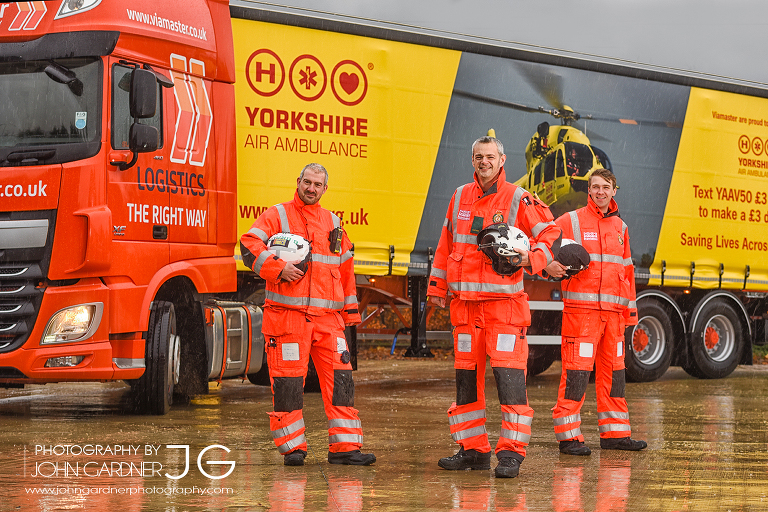