Today I dropped by the Viamaster depot as they were in need of a commercial photographer to shoot some images of their trucks that have just been printed up with the Yorkshire Air Ambulance logo and details. The shoot was limiting in as much as we were shooting in the Viamaster yard along with all of the associated clutter, but I managed to get the trucks parked so that they were visible in the shot without too much distraction. I made a few images featuring just the trucks but then a series with the Viamaster staff and YAA reps in the frame. I used the 645z for the shoot along with a couple of Profoto B1 heads to give me some good fill light. 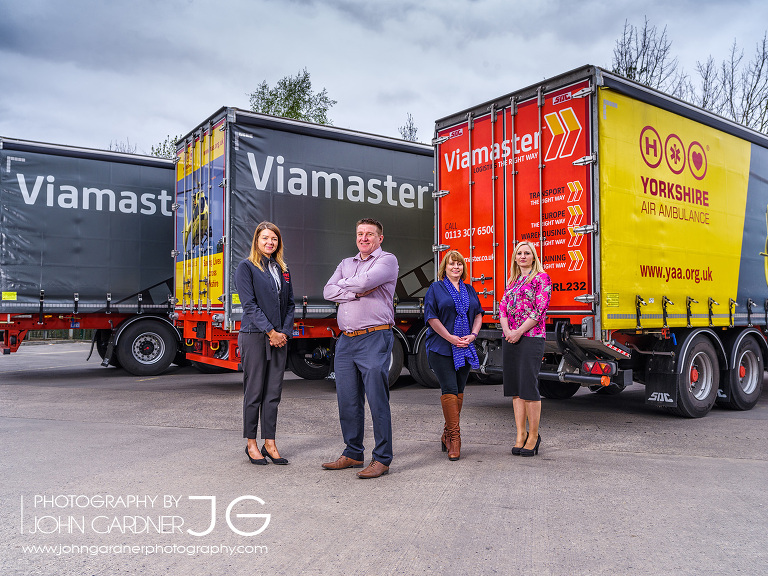 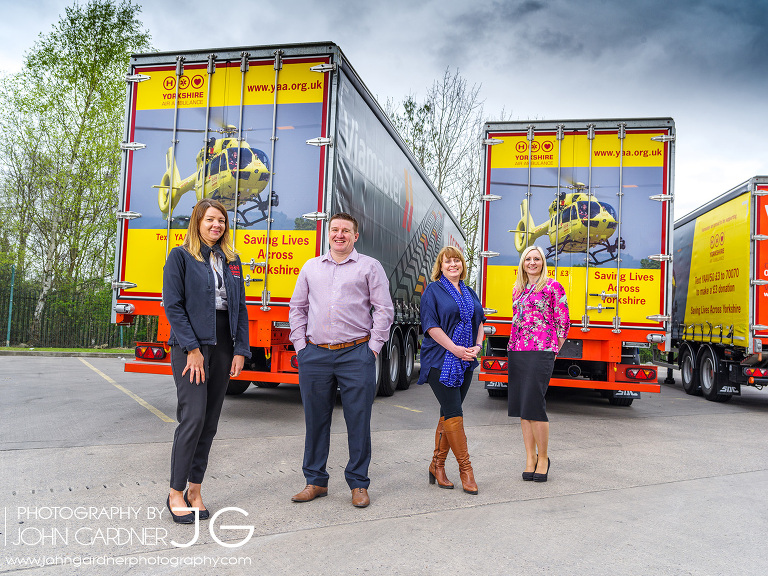