Commercial portrait photographer West Yorkshire: Wakefield based fine art photographer Nigel Tooby needed some commercial portraits to accompany an article that was being written about him by the Yorkshire Evening Post and approached me and asked if I would help out. Nigel and I pass work to each other as and when we are unable to undertake a commission, it always makes a client appreciative if you are able to suggest another photographer rather than just turn them down. Having just moved into his new studio in Wakefield’s old library, we decided that that would be where we would create the images. As Nigel had not fully moved in, there was little in the way of props and the walls were pretty plain apart from a tiled wall and old leaded window at the back of the room. I decided this would be the best location and we stuck a few monoblocs in the background and used his old RZ67 as a prop. Following on from this, we decided just to have him lean against the wall for some portraits with a 24-70mm – very unusual for me. I’m much more of a 200mm boy for portraits but the room didn’t allow for it. I did use the 135 f/2 for the majority of the images before switching to the wide.

Lighting was simple – a speedlight in a 40cm Octa close overhead with a downward tilt and a kicker with CTB from the back for separation. I metered manually for ambient and then adjusted the key to give me the desired exposure and ran the kicker at 1.5 stops lower. The images have appeared along with the article on the YEP website and in print. 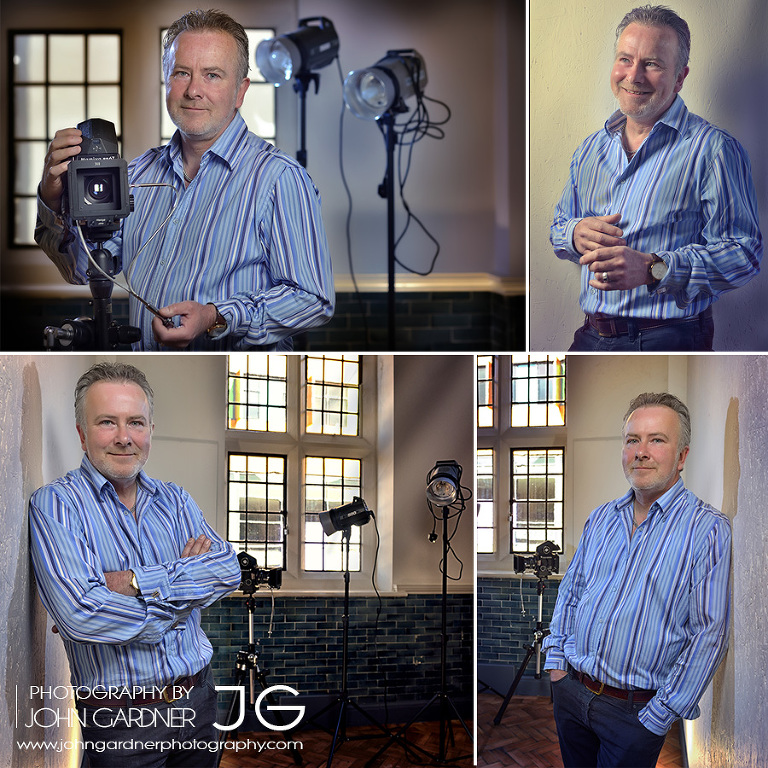