I’ve worked for Yorkshire Air Ambulance a few times now in my role as a Walefield PR photographer and today I was at their family fun day which was a big party for all the friends, families and fund raisers of YAA. The event took place at the Nostell air base, just down the road from where I live, and was going to be an big outdoor jamboree but the weather put paid to that. The rain came down in torrents and the bouncy castle was more like a paddling pool and no-one had brought their swimming costunes! However, the hangars are large and the event continued uninterrupted indoors with barbeque, ice cream and family games. We were all invited to get a close-up look at the helicopters, expecially the latest one which had only just arrived at the base. As we stood in the pouring rain admiring the new craft, the siren to scramble sounded out and it was a case of quickly getting everyone off the helipad as the crew dashed to the aircraft for its maiden rescue flight. Within minutes, the craft was airborne and off into the grey skies bound for Ossett but it was a super opportunity to gets some shots of the new bird taking off. Within 45minutes, the hekicopter and crew were back and the party continued as did the torrential rain! 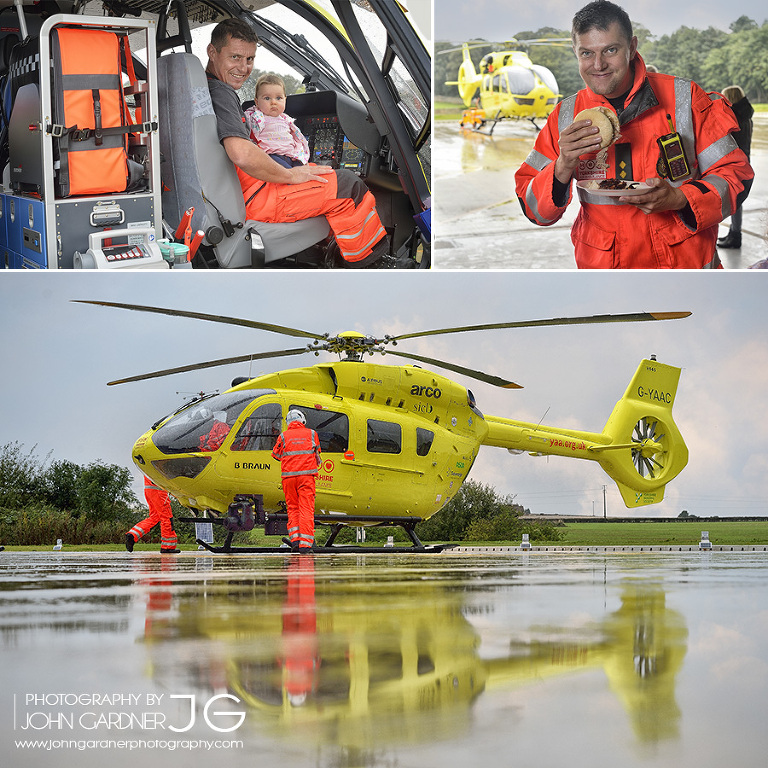 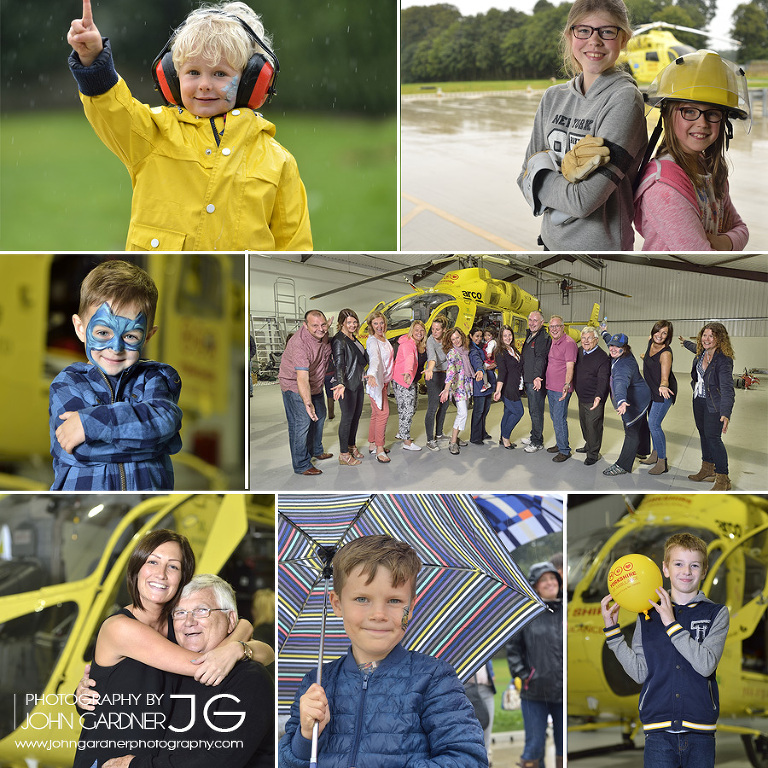 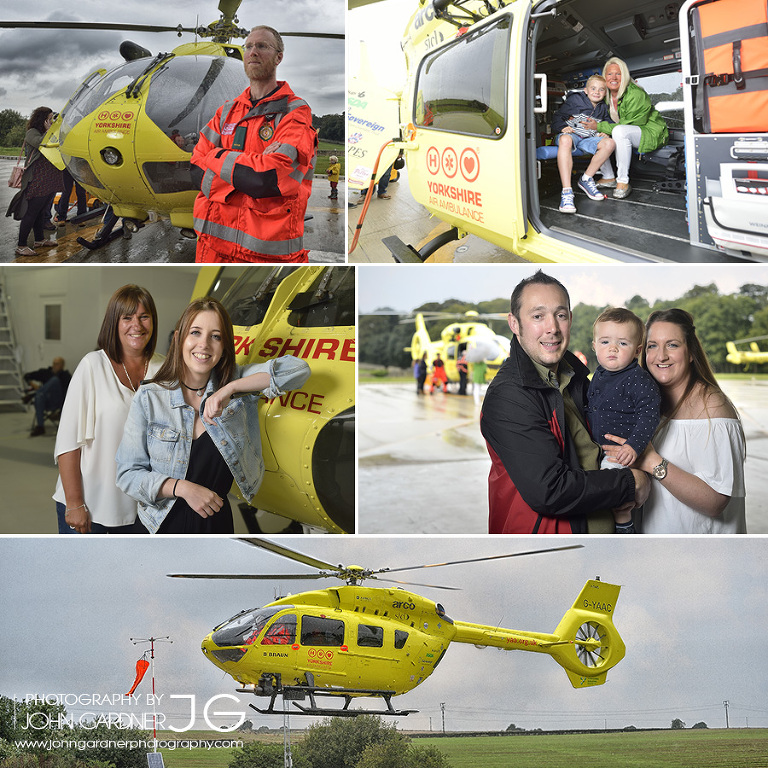