As a Wakefield commercial photographer, I done a couple of commissions for Wakefield Cathedral photographing the choir at the start of the choir’s year. Today I was on site to photograph the choir for the cathedral Christmas card 2015. The cathedral marketing team had been very disappointed with the shot used on the 2014 card which was chosen from photographs sent in by the public as part of a 365 day photo project and decided this year to shoot something specifically for the card. I was asked to photograph some of the choir in front of the Christmas trees in the cathedral before they were removed. The choir master asked for volunteers to come during their festive break especially for the shoot and the response was good. In fact a little too good as there were more than I’d envisaged being in my shot. I’d thought about doing an intimate, candle lit shot of around three choristers but as they’d all made an effort, we shot with all those that turned up and afterwards, shot some individual portraits as a thank you. 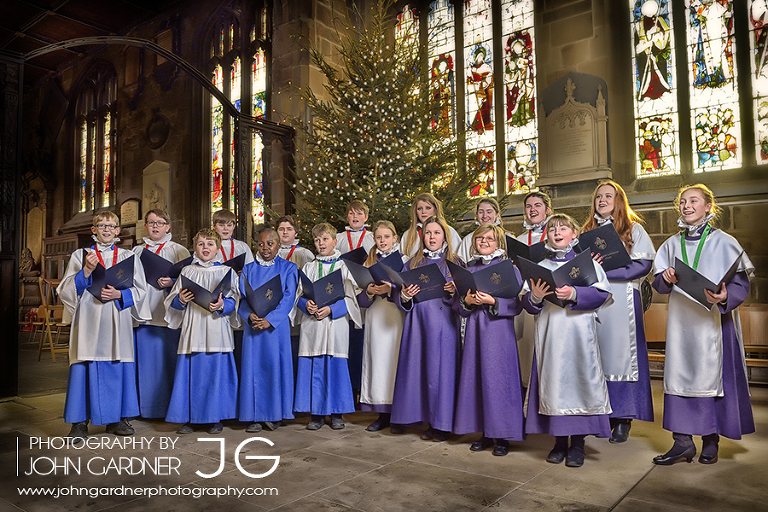 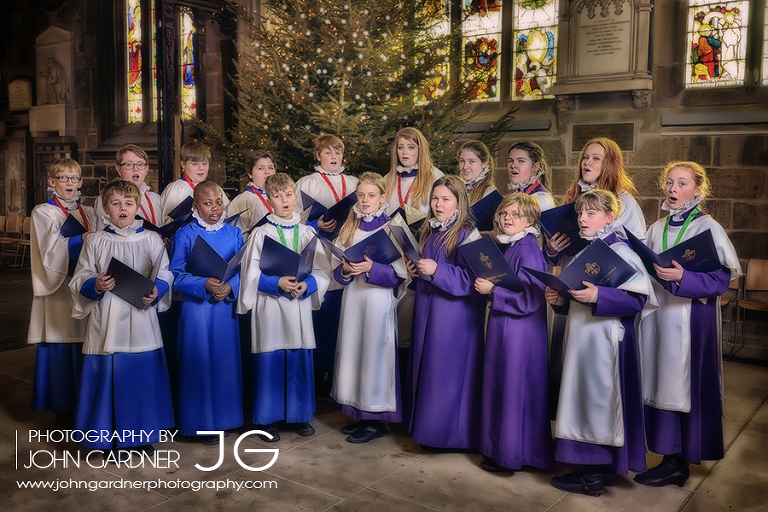 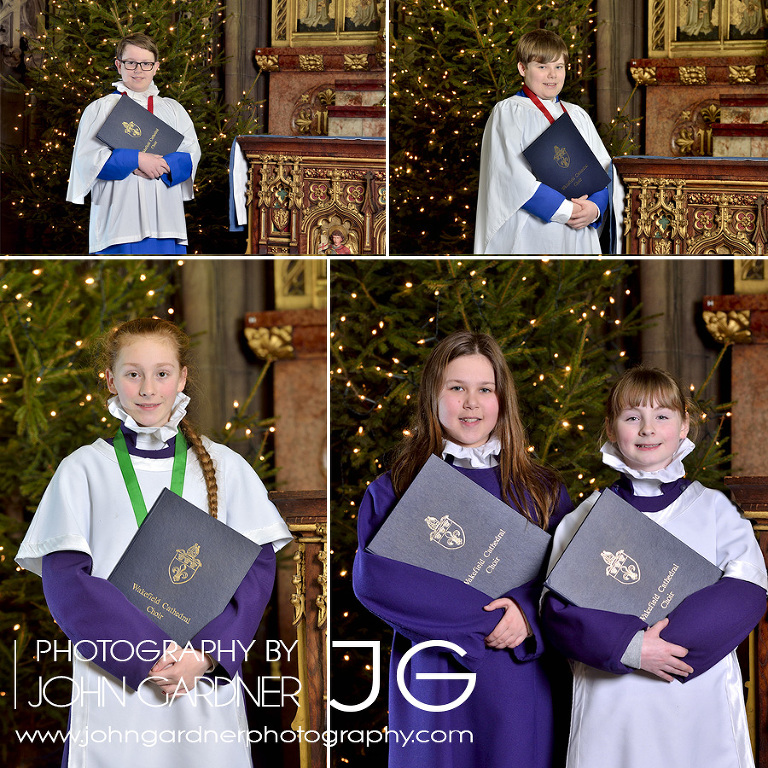