It’s always flattering when my work as a Wakefield commercial photographer is appreciated and after my recent shoot with Yorkshire Air Ambulance, they were so pleased with the images they’ve booked me for several more PR shoots including this one at Yummy Yorkshire on the edge of Denby Dale. The brief was to get a few different shots of YAA regional PR manager, Kerry, collecting a check from the guys at Yummy Yorkshire who had recently raised around £5k from a tractor fest that was held on the farm. I used a large dummy check for the shoot and a couple of backdrops with a bit of subtle branding, but to mix it up a bit, we also shot without the cheque as local newspapers don’t always want the shot with the cheque visible. It was a blazing hot teatime when I did the shoot and the farm was packed with visitors, especially around the café and home-made ice cream parlour, so I had to pick my spots carefully. I noticved a gate which I decided would make a good prop if I half opened it so that the team were standing with their backs to the ice cream van with branding. This meant shooting directly into the sun, but I managed to counteract that with a burst of flash from a bare speedlight clamped to a light stand just out of view.

To book me for your commercial work or PR photography, just call the studio on 01924 229800 to discuss your requirements 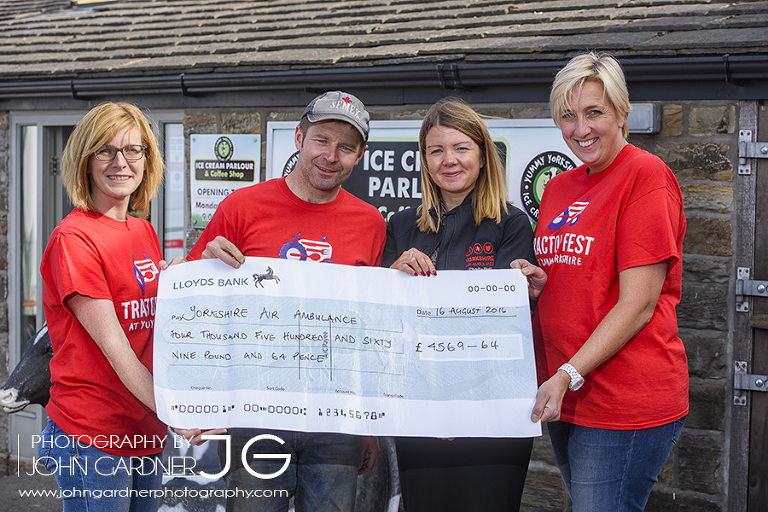 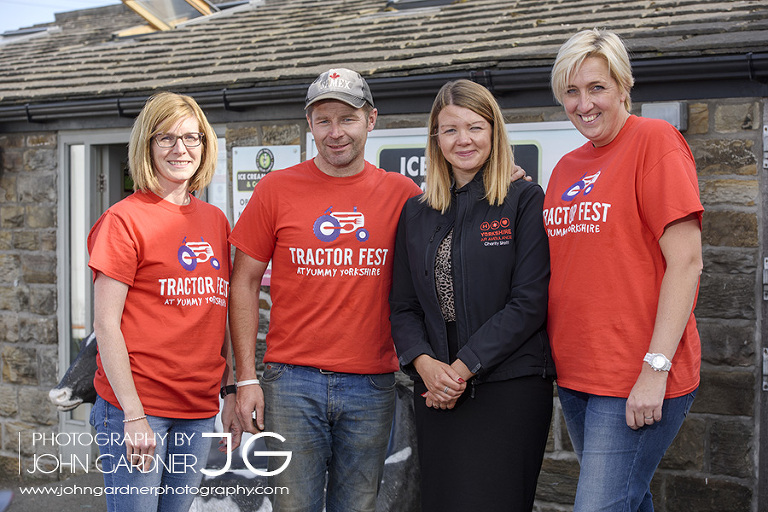 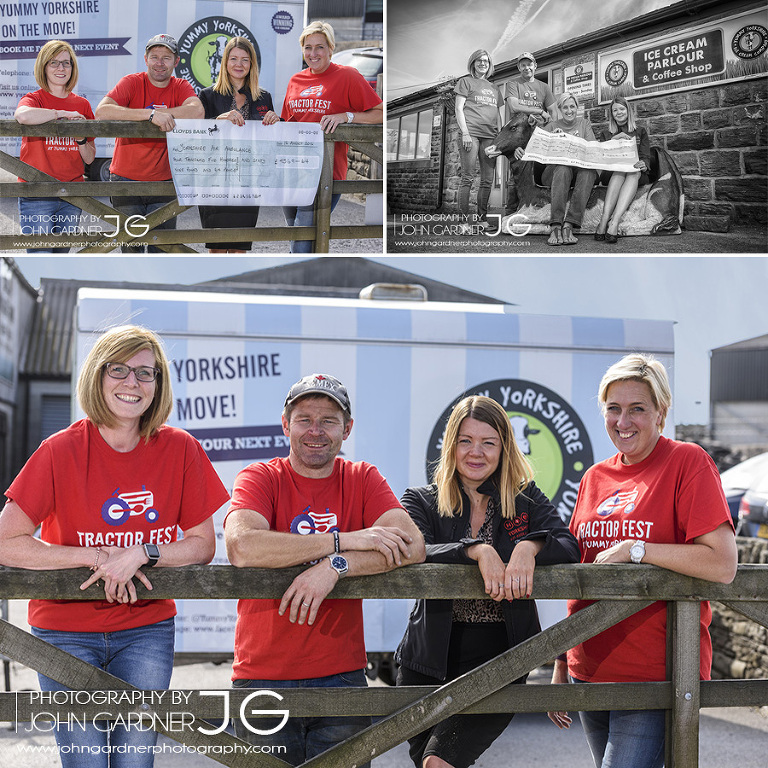