Back at Trinity Walk shopping centre today to shoot Pizza Express and the “gull wing” feature above Sainsbury’s amongst other things. Although it was very warm, it was windy and so there weren’t the numbers of lunchtime revellers outside Pizza Express as I’d hoped, but there were a few. The brief was to capture people sitting in the sunshine enjoying food in Grammar Sqaure which will become the food quarter of the mall. These shots will be used in promoting the area to other restauarants and foody type suppliers as part of a drive to fill the remaining units. Another important part of the brief was to get some shots of the gull wing canopy over Sainsbury’s but specifically across a crowded car park. I decided I needed some height to get the angle I wanted so that I could show the cars while not having the view blocked by cars. So, I came up with a cunning plan and if you were in the car park today and saw a photographer swinging from lamp posts and standing atop the entrance height restricters, that would be me :¬) 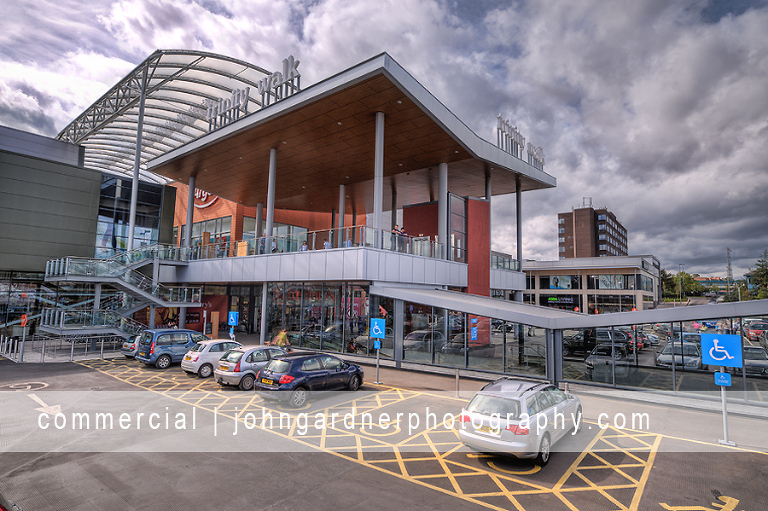 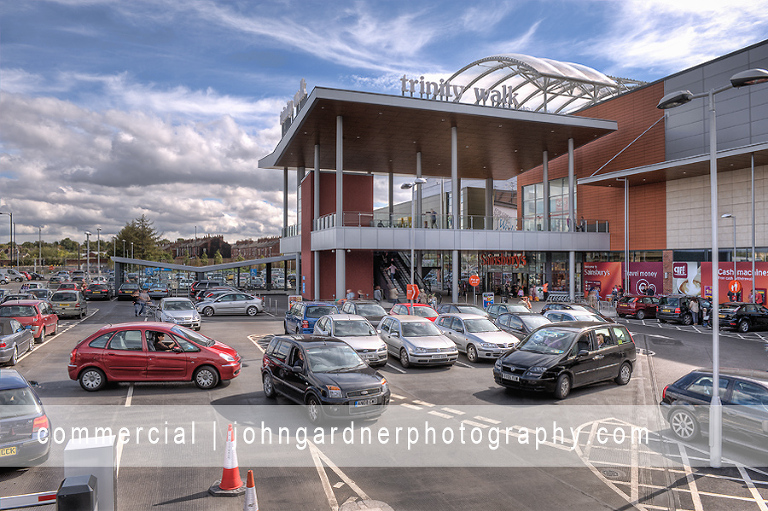 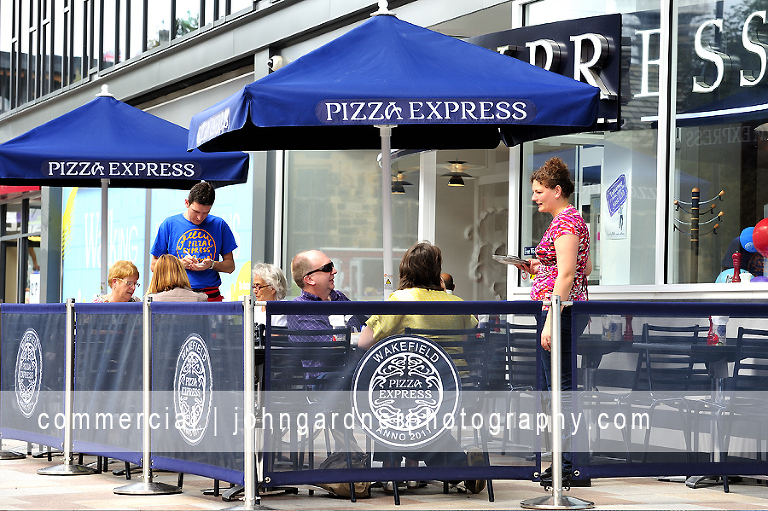 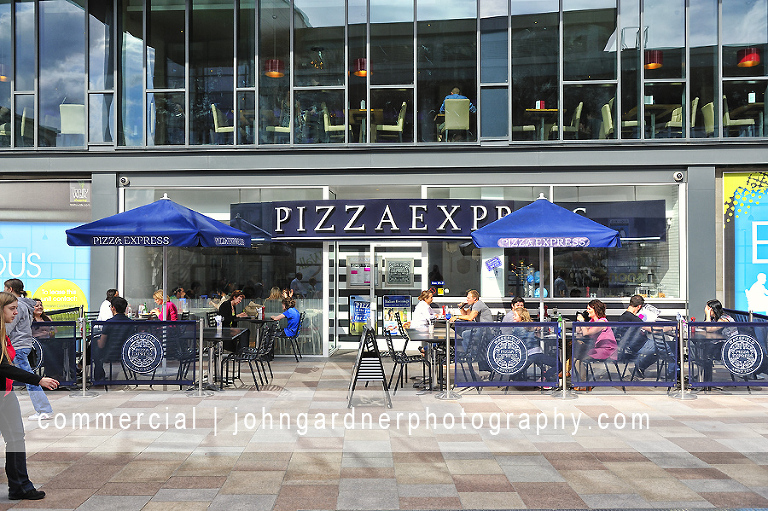