Ad agency Halogen commissioned me for some more shots of Trinity Walk shopping mall, but this time to shoot the site at night time for a different effect. The trick with night time photography is to shoot before the sky goes black, which is just as well seeing as it never really gets dark at the moment! When the sky is black it becomes very hard to get an exposure that covers both the shadows and highlights, whereas at dusk it is much easier to control the exposure while still giving the appearance of night. The only real problem is that the peak time at dusk is a short window and its not possible to be everywhere at once, so tonight I made a start with the entrance around Sainsbury’s and over the next couple of days I will get into the mall itself. Shooting at dusk though can deliver some spectacular results and the starbursts are not created by a filter, its an effect that occurs when the lens has many more iris blades than a typical lens and the Nikkor 24mm f/2.8 PC-E lens is well blessed in that department! The image below is not an HDR image but is from a single shot. 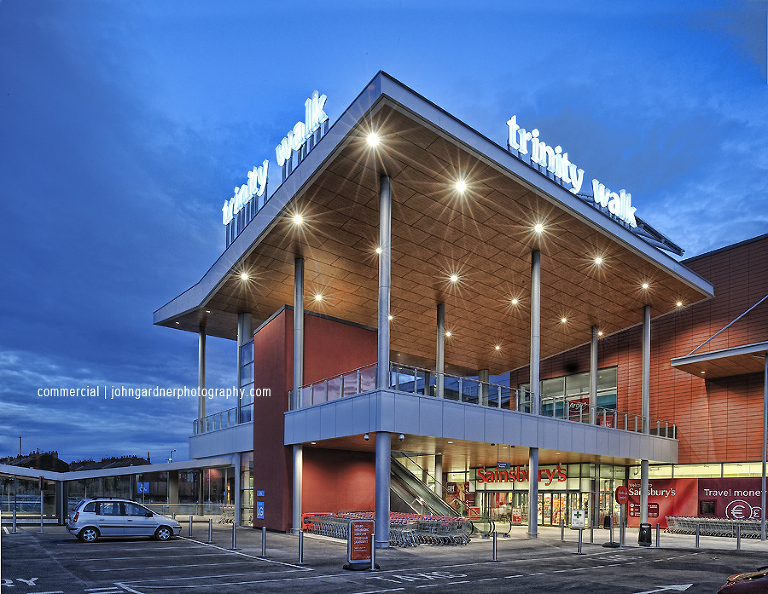