This is London Calling

A 2:30am alarm today for an early start south to London to photograph Christmas lights at three shopping centres! The shoot was for MK Illuminations who have commissioned me to shoot all their lighting installations in shopping centres up and down the country so that they have a fresh batch of images to use in the 2012 marketing push to attract more clients to use their spectacular lighting displays. I hit London’s Stratford City first, a new shopping centre in the heart of the olympic village, to shoot the exterior lighting as the dawn began to break and the early start meant I was in place at around 6:00am to wait for the sky lighten. From here I headed over Tower Bridge and out to Guildford to hit The Friary shopping centre early afternoon to shoot the indoor lights as dusk began to fall before finally heading over to Tonbridge Wells to finish with an evening shoot at Royal Victoria Place! I had a very enjoyable but long and tiring day and I have to say it was a long drive home but I arrived back at 11:00pm which was earlier than I’d expected to be honest :¬o

Here are a selection of images from each of the centres and more shots in a similar vein will follow over the next few days as I hit Morpeth, Manchester, Sheffield and Wakefield’s Trinity Walk again! 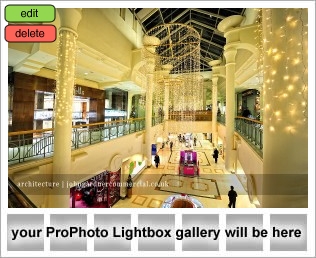