Squeezed in a another three day break in the Dales but without the sunny weather of the last visit :¬\ Spent the weekend dodging showers and waiting for some decent light for some dramtic landscapes but to no avail. By chance, I was at Ribble Head Vidauct when a steam train passed by; turns out to be the Scots Guardsman on its first mainline run for over 40 years since being retired at the end of steam days. Looking pristine in its original livery, it made a spectacular sight passing over the viaduct, but the weather was not the best for photography so I tried for it on its return journey over Dent Head in the evening – the light was even worse! At least I tried – would’ve been rude not to! 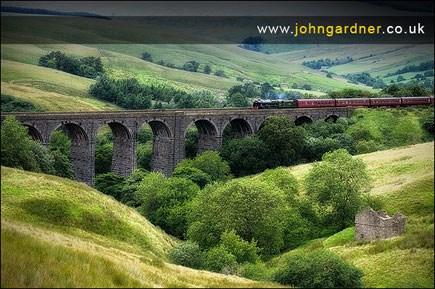