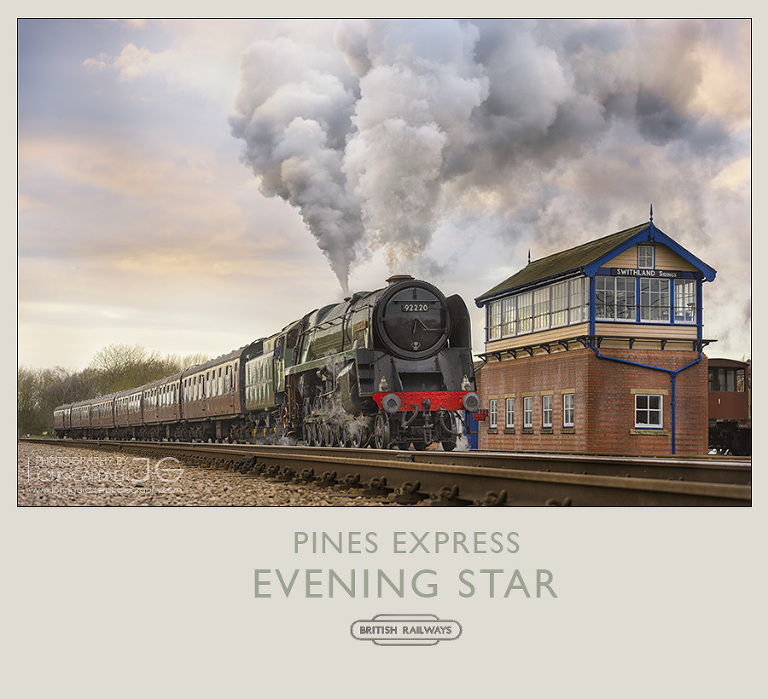 For some reason I enjoy taking steam train photographs even though I do not have any knowledge of trains and can’t ever really remember seeing steam trains on the mainline tracks. I suppose I just appreciate the form and design, much like I enjoy looking at an E-type Jaguar or Austin Healey 3000, and I absolutely adore trying to recreate a nostalgic image of Britain in the 1950s. For me, authenticity is the key to the image; I really don’t want to see a modern car in the frame and I definitely do not want to see pylons, TV aerials or satellite dishes anywhere in the picture. I suppose this is the beauty of the digital world of photography in that I can and do remove these distractions but I will do my best to position myself so that they don’t appear in the shot in the first place.

My most recent foray into the world of steam train photography was to join a group of enthusiasts on the Great Central Railway in Leicester to photograph a 9F locomotive dressed to look like the last ever steam train to run commercially in the UK – 92220 Evening Star. This train ran on the south coast in the late 50s to early 60s and was also known as the ‘Pines Express’ due to it passing through the pine studded heathlands around Bournmouth (I had to Wikipedia this info ;¬) ). As we had the train chartered for the day, there was plenty of opportunity to get lineside shots as the drivers did multiple drive pasts in front of a phalanx of cameras. I have to confess to feeling a little out of my depth in terms of knowledge, some of the anoraks in the line up had more than an unhealthy knowledge of the train! What was interesting for me is that I approached the shoot purely as a photographer trying to create some images that pleased me, whereas many of the others were steam train enthusiasts with cameras trying to record the images of the train for their photo lists. I’ve seen many of their shots on Flickr and, while there are some that have artistic merit, there are many that are just record shots taken in full auto mode on their cameras.

The mixed weather made exposure tricky during the overcast morning with bright, featureless skies, but later in the day we had some mixed cloud and sun that gave amazing rain skies and sunlight, especially towards the end of the day. My approach was to use my trusty Sekonic L758 to take multiple readings of the highlights, shadows and mid-tones to give me an exposure for the engine to make sure I had detail in the train and I let the skies slip towards zone 8 or even zone 9 as I knew I could recover the highlights more easily. I shot everything in manual exposure mode and simply concentrated on getting the angle I wanted – not always possible due to the amount of other photographers who clearly had been on many of these shoots before and knew exactly where to dash to once they dismounted the train!  Finally, in post, I gave the images more of a painterly feel and used fonts and muted border colours to try and recreate the feel of the old steam railway posters of the 50s which were so iconic in their style. 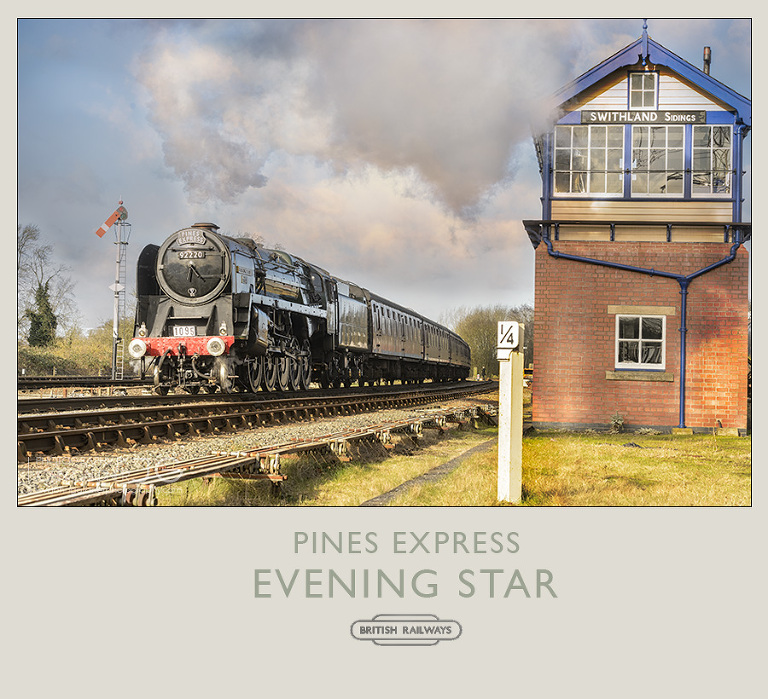 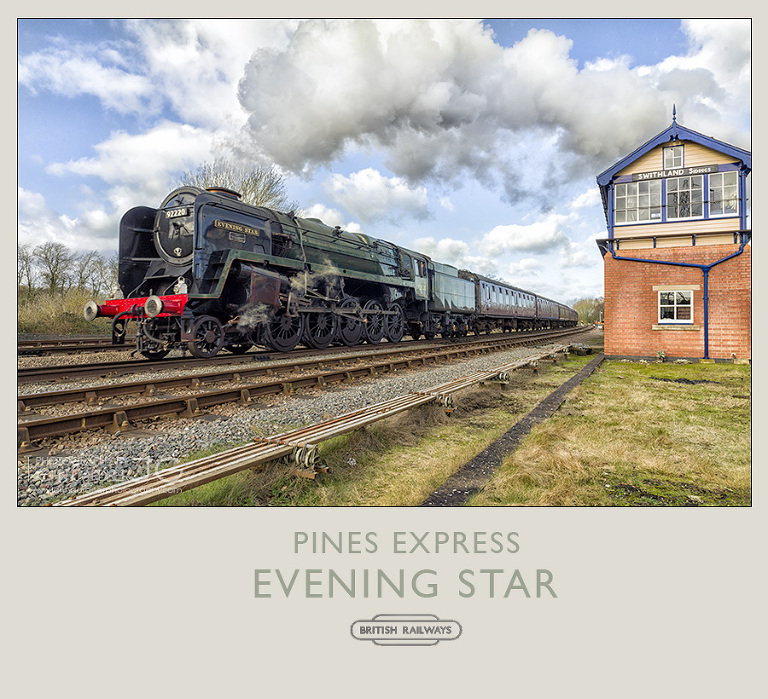 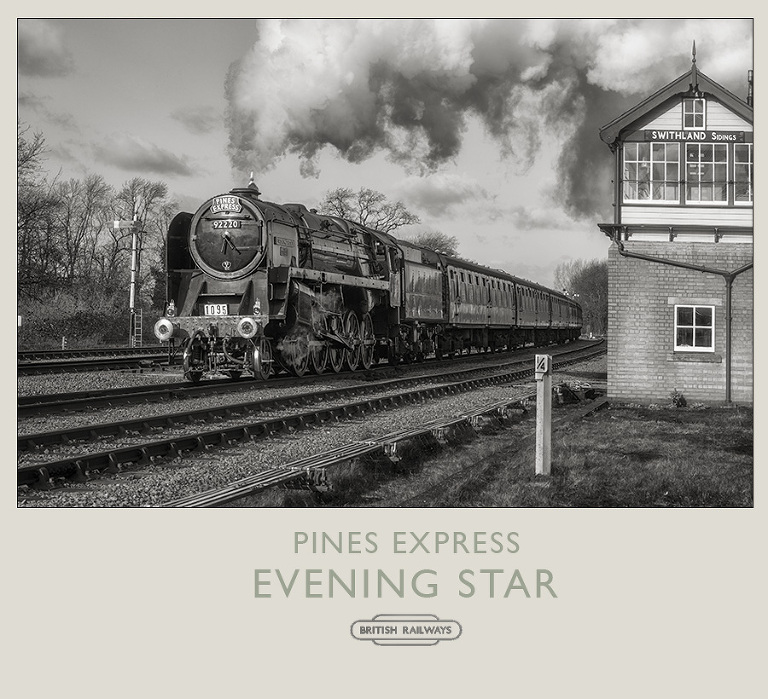 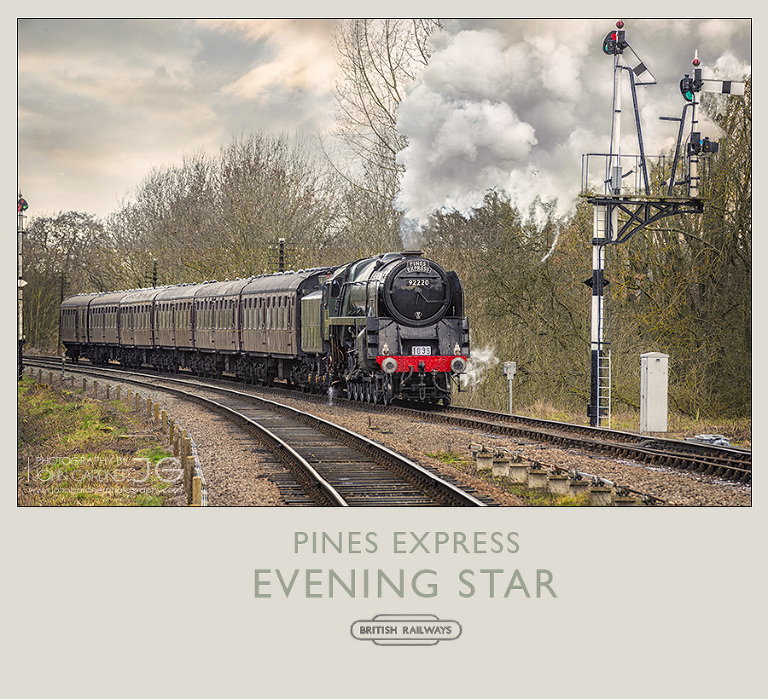 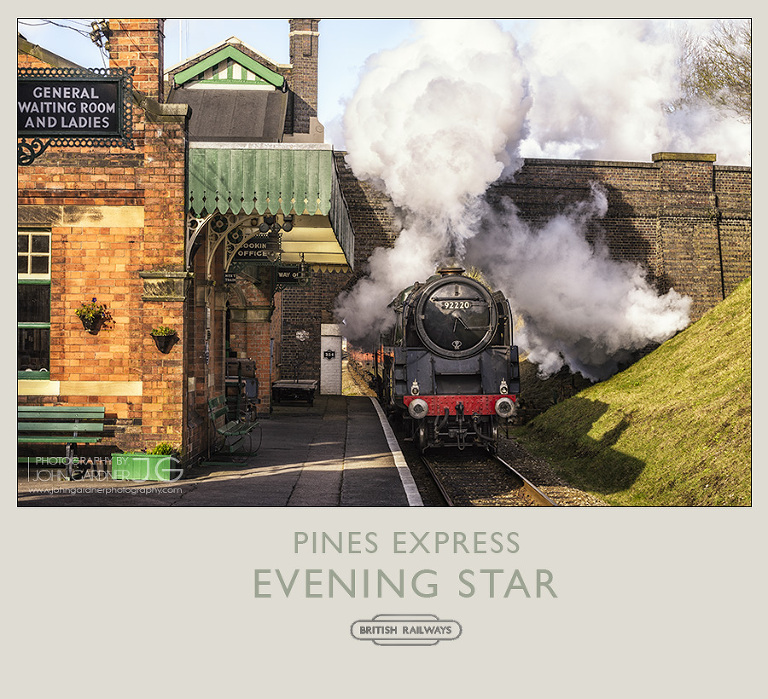 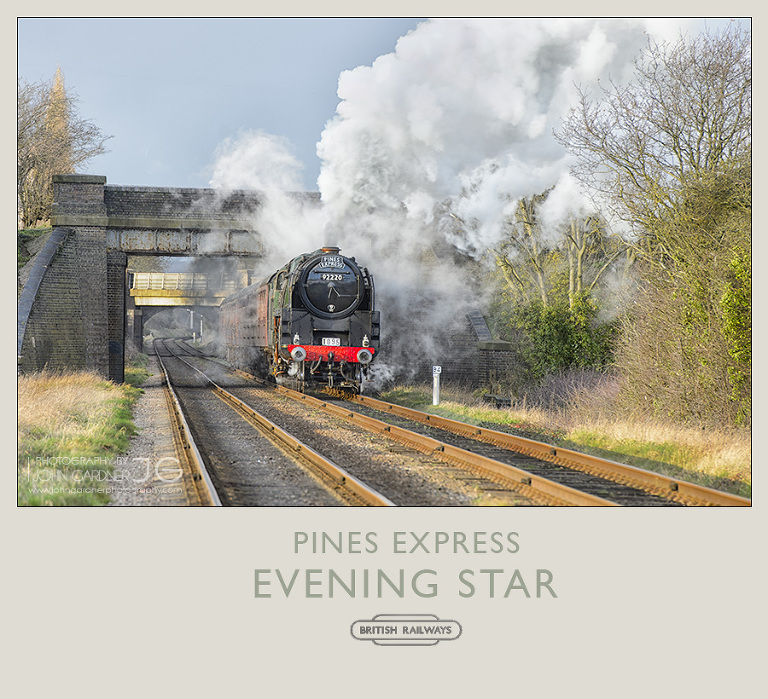 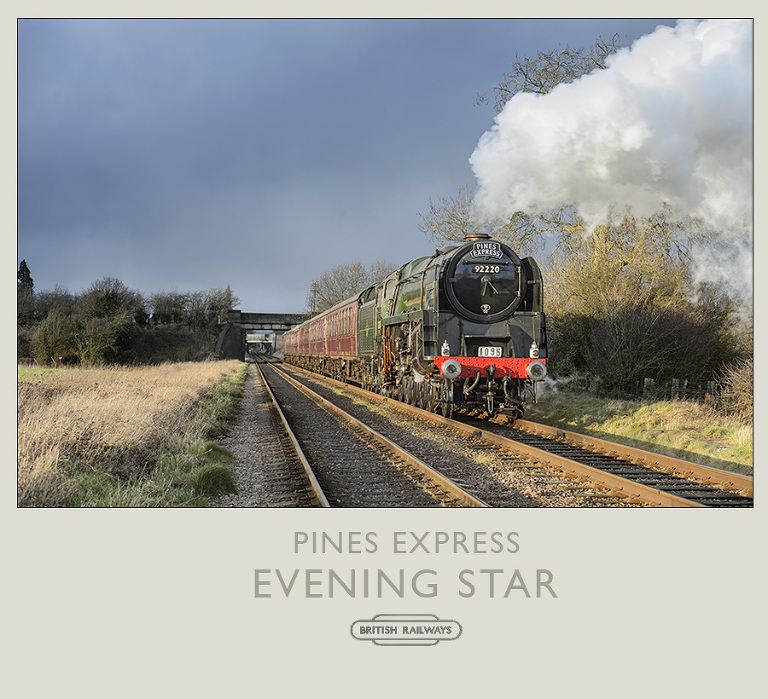 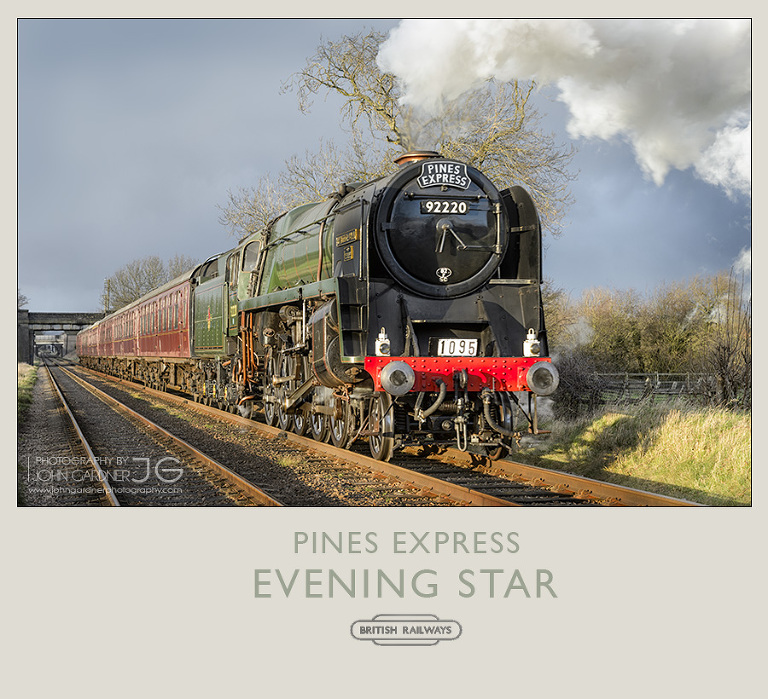 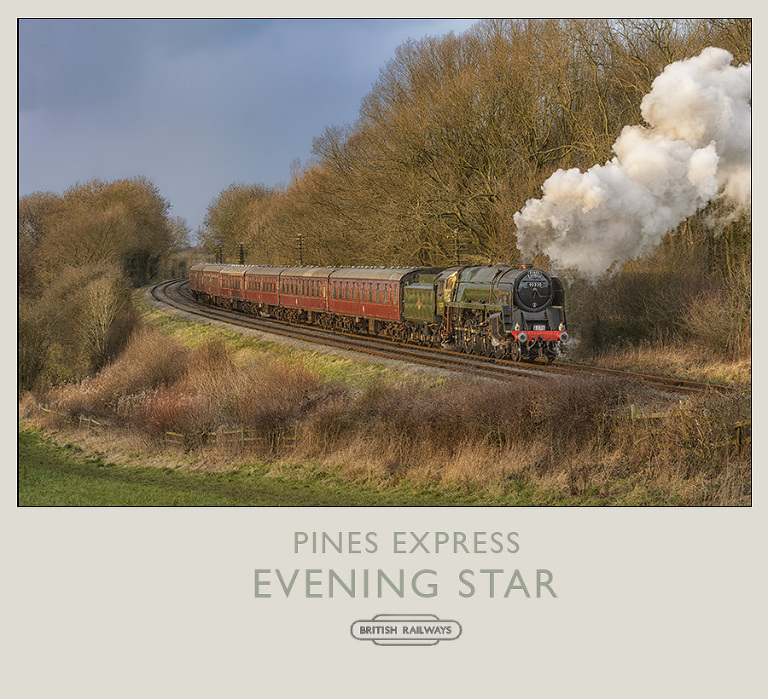