The weather looked set to be a wet one for Kathryn and Simon’s wedding at Wentbridge House Hotel and I’d resigned myself to shooting indoors. For the bride and groom shots this isn’t a problem and in fact, I enjoy shooting indoors as much as anything (see the last image in this post!), but it can be a problem for group shots. The rain fell steadily as I arrived at the venue and continued throughout the groom shots and up to the ceremony but remarkably, on coming out of the service, the rain had stopped, the skies cleared and the ground had even dried up a little. What was even more remarkable was that we didn’t get another drop until the end of the photographs! As we headed back indoors for the line-up, the heavens opened and it didn’t stop for the rest of the day! Talk about lucky! 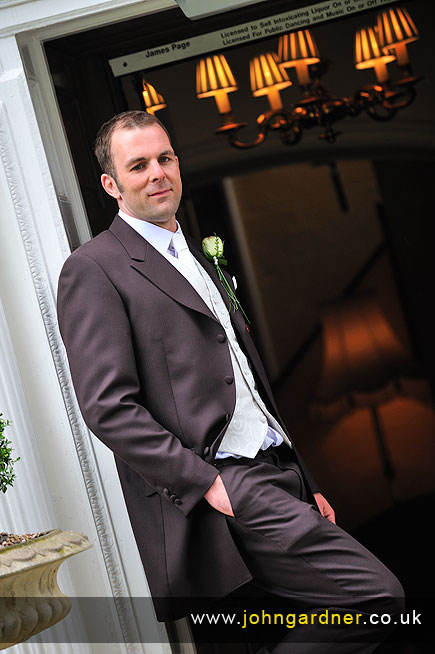 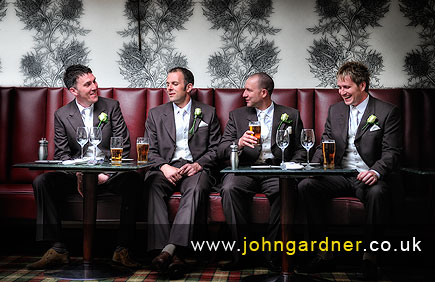 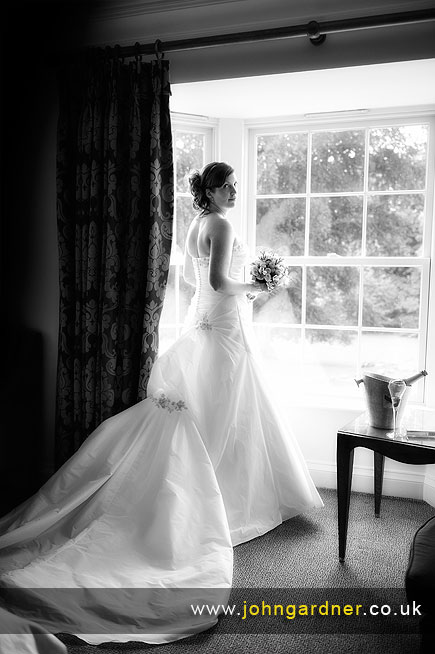 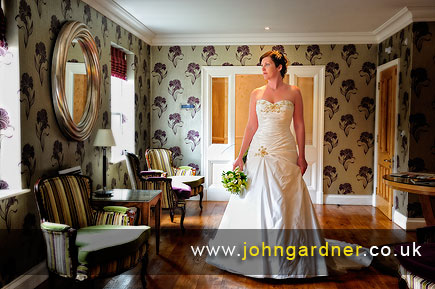 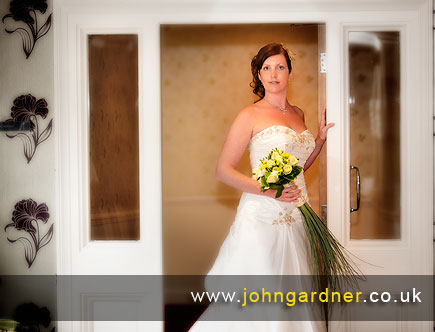 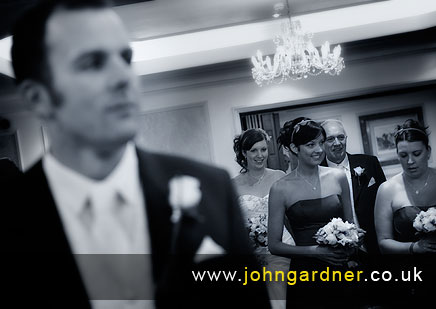 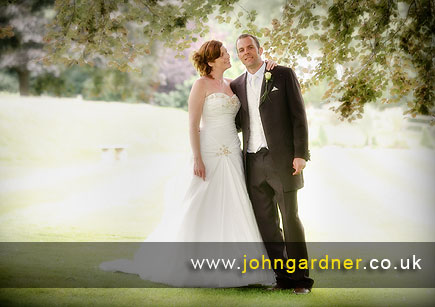 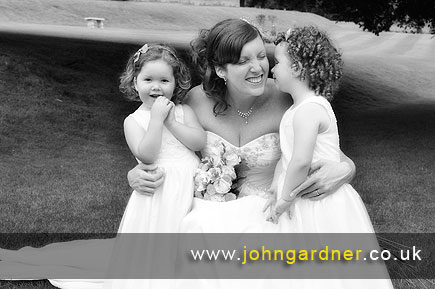 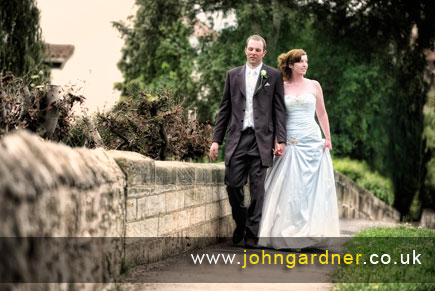 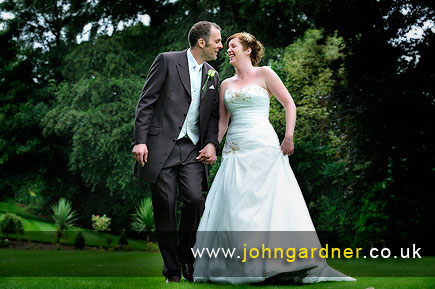 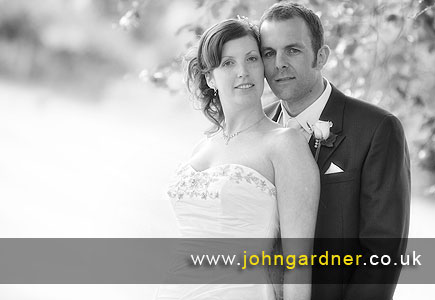 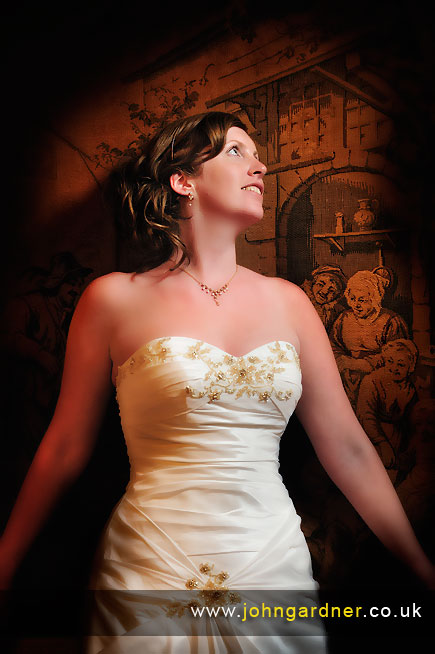