Got a call from Citigate, a London PR firm, to shoot some images for Santander Bank but unfortunately it wasn’t to be snapping Lewis Hamilton and the F1 team! Instead, I was shooting PR images for the bank for a press release to cover their deal helping local plant hire firm AFI Uplift with their expansion programme. The shoot took place at the AFI premises at the Europort at Normanton where I was tasked with photographing three representatives of Santander and the Financial Director of AFI Uplift. The brief was to get the typical PR shots of the guys shaking hands and closing the deal, however, the chaps wanted none of that, so instead I went more for the ‘power’ group shot with folded arms and all very “Dragon’s Den” like.  The difficulty was in getting the huge brand new cherry picker in the frame while keeping the guys as the main subject. Here are a few images from the shoot. 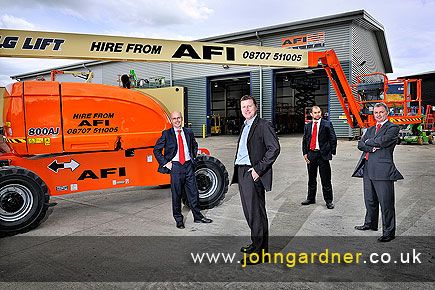 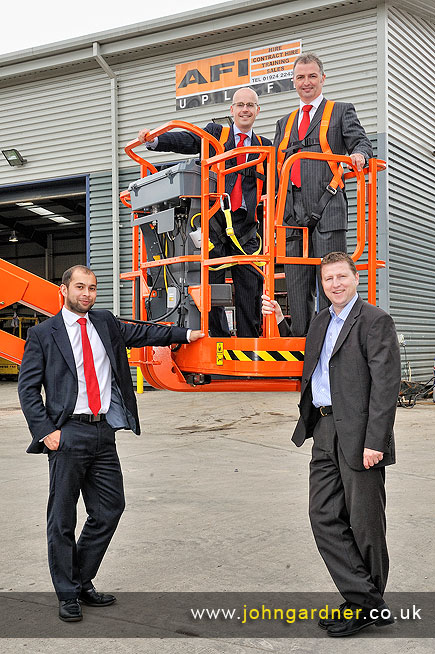 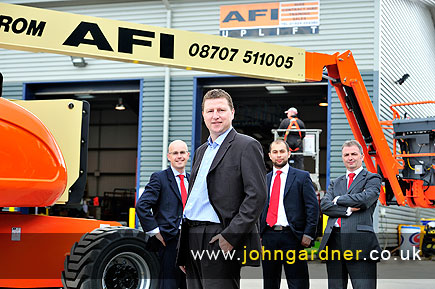