I called round at my good friend Richard Bell’s tonight to enjoy a glass of wine and hear about his new book “Richard Bell’s Britain Revisited”. I can’t believe it’s 30 years since he wrote his original ‘Britain’ book, since when he’s been concentrating on his series of local books as well as his other many projects. Anyway, something’s fired him up to do a sequel to his original best seller and with a chance of a TV deal in on this one, I thought I’d take the opportunity to shoot the portrait for the jacket spine :¬)

I used a 105mm macro lens for this shot and lit him from camera left by feathering the light across his face from an Easybox mounted on an SB800 at 1/8th power, complete with dome diffuser,  and held in position by my trusty ‘voice activated light stand’ (13 year old daughters do have their uses!). A bit of post and here’s the finished image. A simple side lit portrait in mono. See more of Richard’s work at Willow Island or follow his nature diary at Wild West Yorkshire. 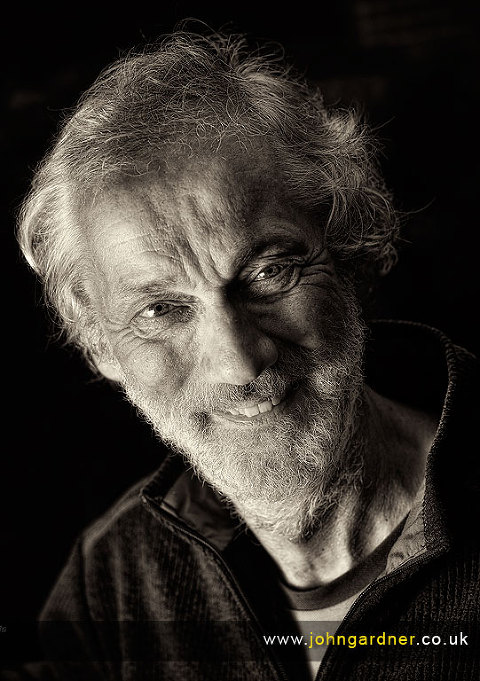