I was invited along to a night train shoot by a friend of mine who’s got a passion for steam trains and, on paper, it sounded to have the potential for a good shoot. The evening was organised by a bunch of railway enthusiasts at East Lancs Railway and they’d organised for an engine to be ticking over at the platform with a vintage PO van alongside and, for added effect, they had a few re-enactors on the platform in period costume. The whole thing looked quite authentic but in terms of photography, it was harder than it sounded. Firstly, the event was attended by around 30 railway enthusiast who aren’t photographers and are just interested in snaps of the train, and secondly, although the guys organising it had done a tremendous job, they too were not photographers which meant the lighting could have been better at the very least. The shoot was arranged to be shot in darkness but for me, it would have been much better shooting in the ‘blue hour’ – the twilight just before darkness while the sky is royal blue. This would allow for more detail in the shots and much more vibrant colours. Once the sky gets dark, it’s really difficult to get detail in he shadow while not blowing the highlights and without separation between the train and the night sky, the images lose impact. I managed to get a few shots during the blue hour as they were setting up but I was faced with the ‘railway enthusiasts’ wandering all over the place! The night shots I mostly converted to black and white as it handles the shadows better. I’m pleased with some of the shots but I would have liked to have lit the train less fiercely and also had it not as far forward in the station. Maybe I’ll have to organise a shoot myself just for photographers :¬) 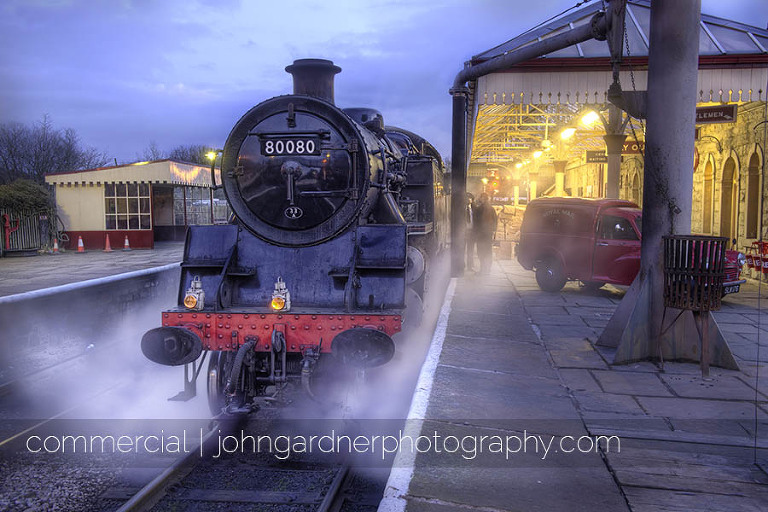 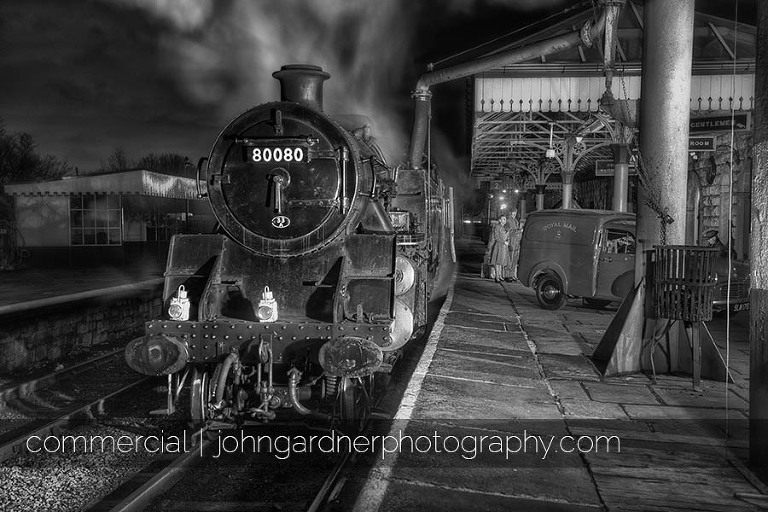 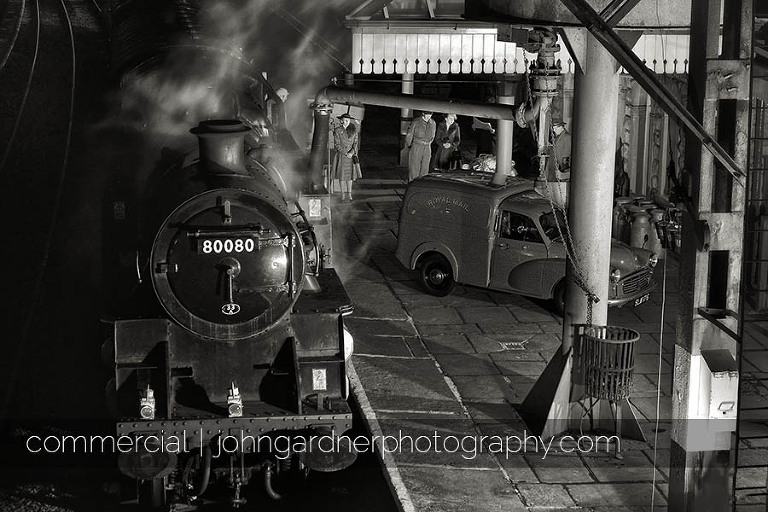 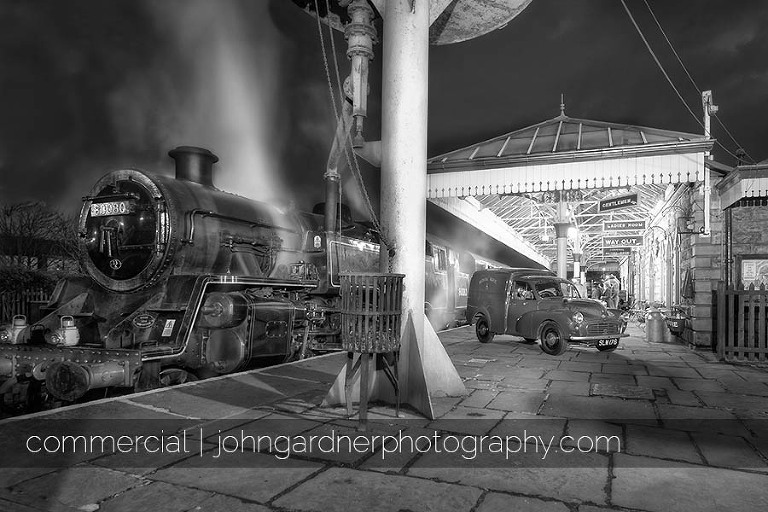 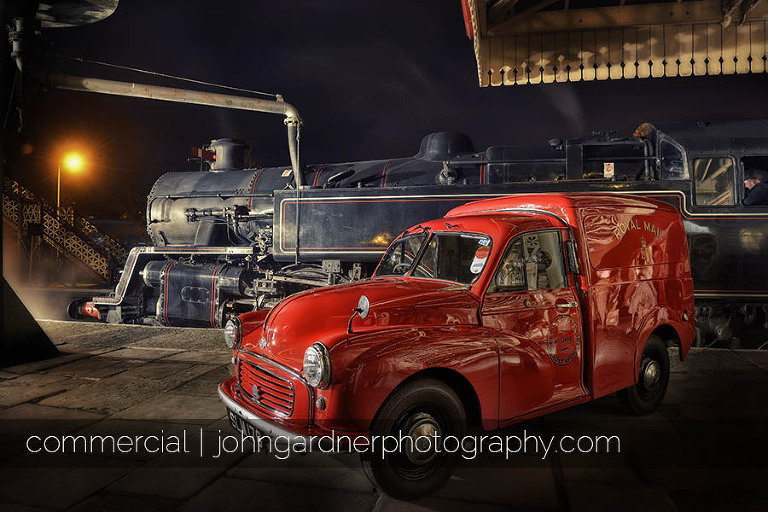 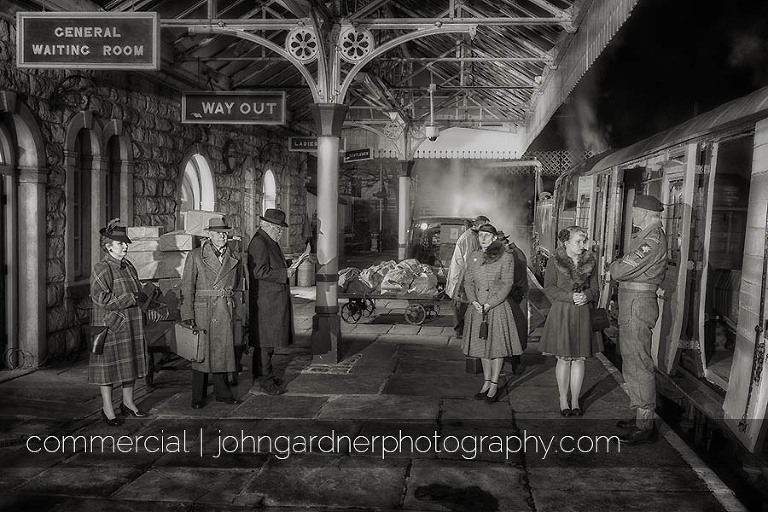