It doesn’t seem two minutes since I was last at NEW college but I was there again today as they kindly invited me back to shoot some images for their latest prospectus. This is the third year I’ve been at the college and it never gets any easier! The days are packed and it’s non-stop action dashing between classes to get the images and with each session lasting around 10 minutes, there’s little time to think about the shots. As we enter each class, it’s a case of determining the location for the shoot, working out the lighting and then singling out the ‘volunteers’ to be in the photo – often the hardest bit! When deciding how to light a shot, I base everything on a quick assessment of ambient, if there’s window light I might use that as fill or rim but often there is just fluorescent strip lighting – awful for the white balance but never enough time to balance the flashes to it with FLGs, so I usually just go with a daylight balanced flash in a softbox close in to the subject and try to over power the strip lights. Quite often I put a second flash somewhere in the mix either to light the background or give me a kicker. Shooting inside the traditional darkroom was a less of a challenge than I thought, as I just used a single remote speedlight at around 1/32 and gelled it flame red to match the safelights inside the darkroom :¬) The hardest shots always involve backgrounds comprising of projected images onto a whiteboard as the smallest amount of flash overpowers the projector :¬\

More from NEW college after next week’s return visit on Tuesday but here are a few from today. 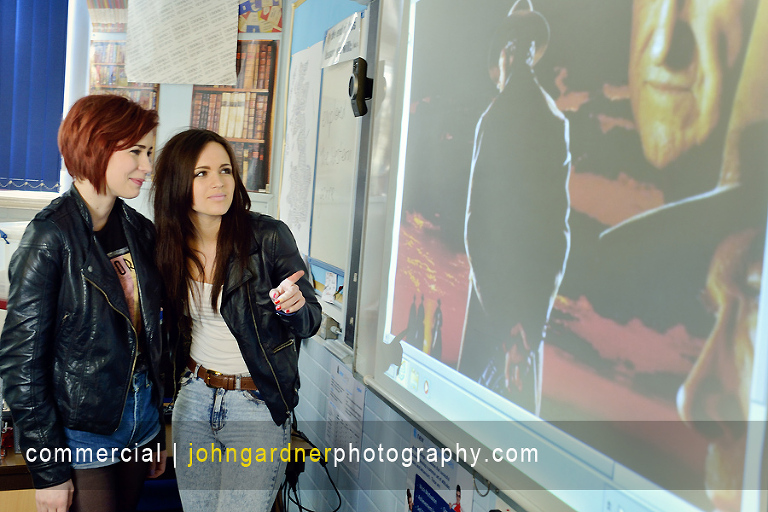 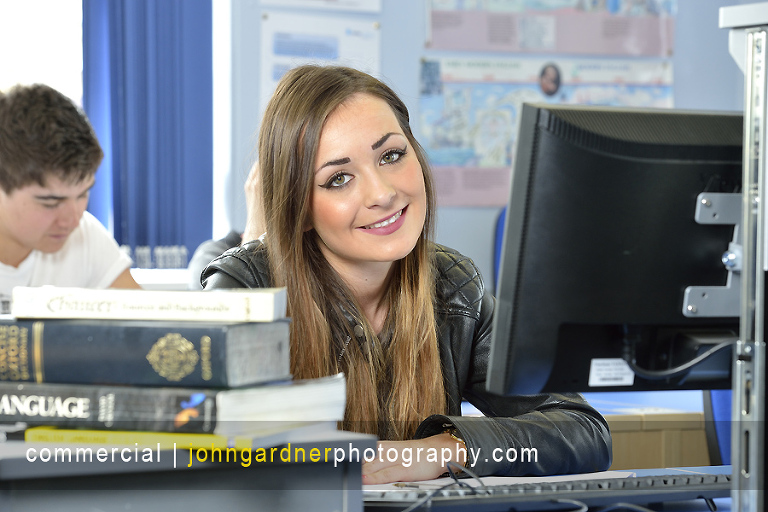 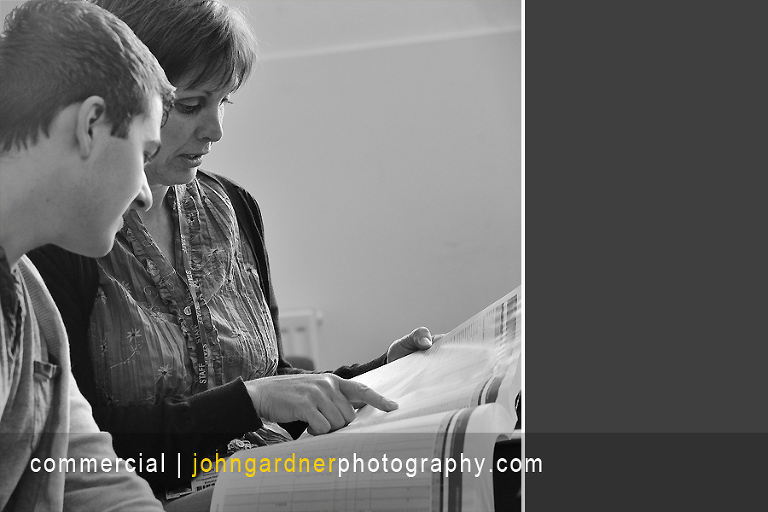 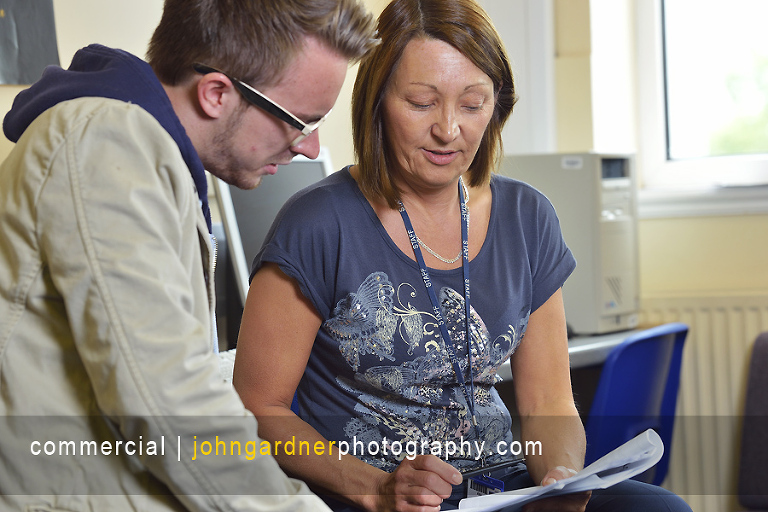 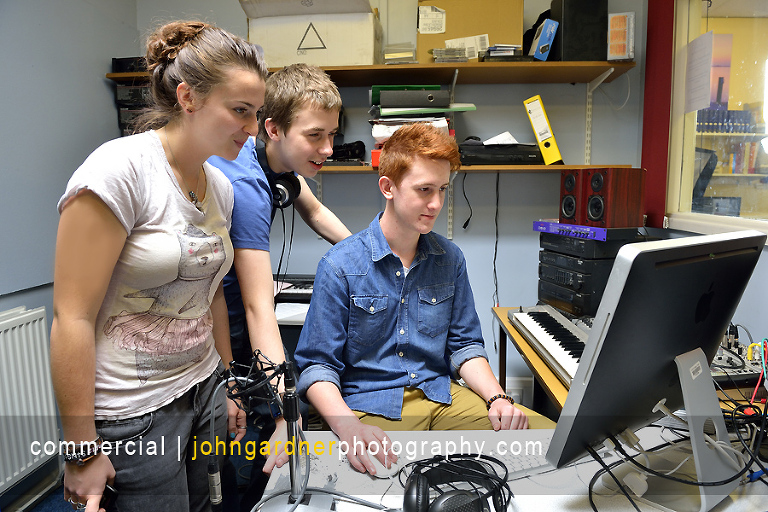 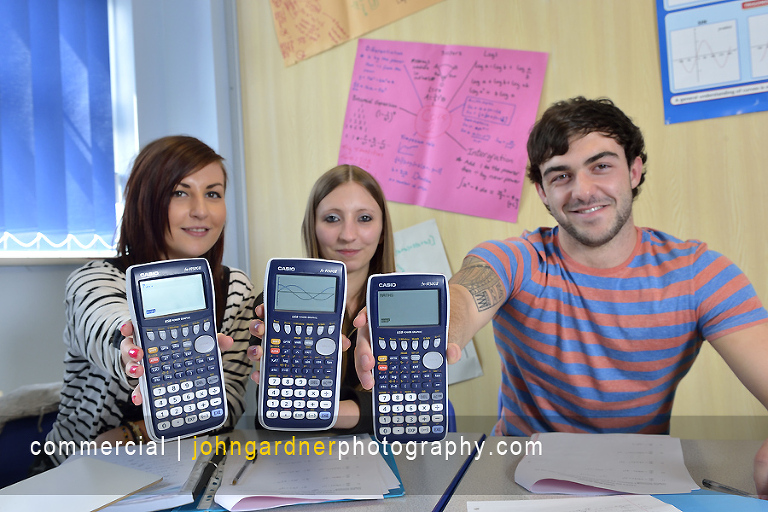 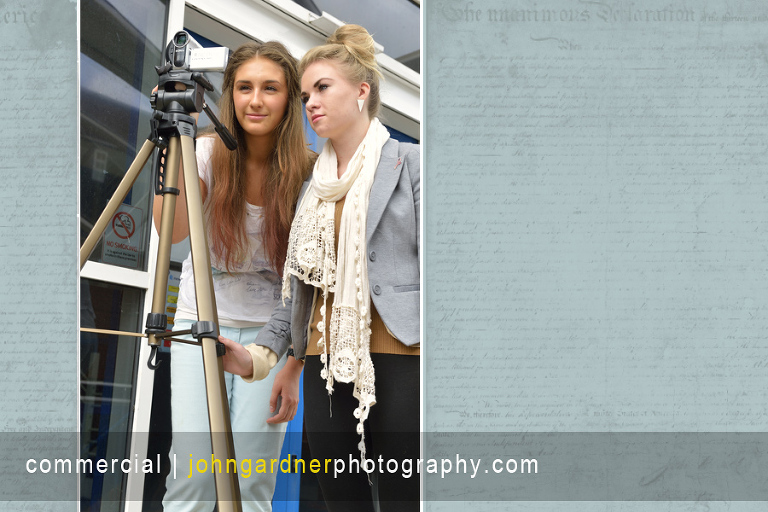 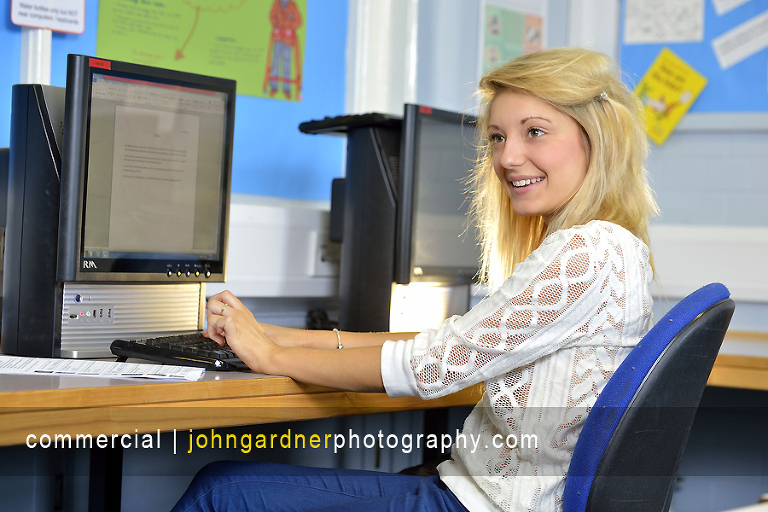 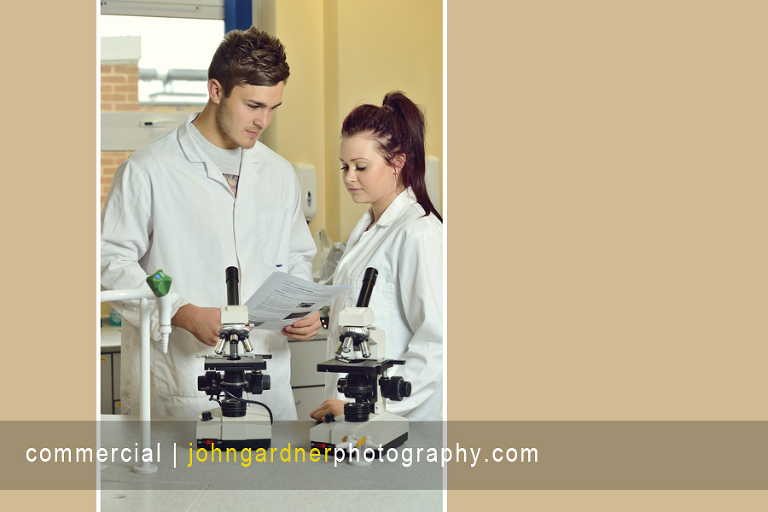 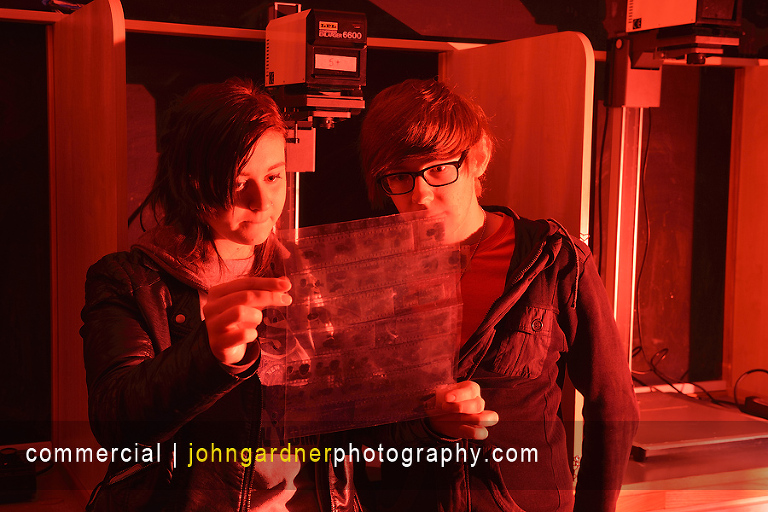 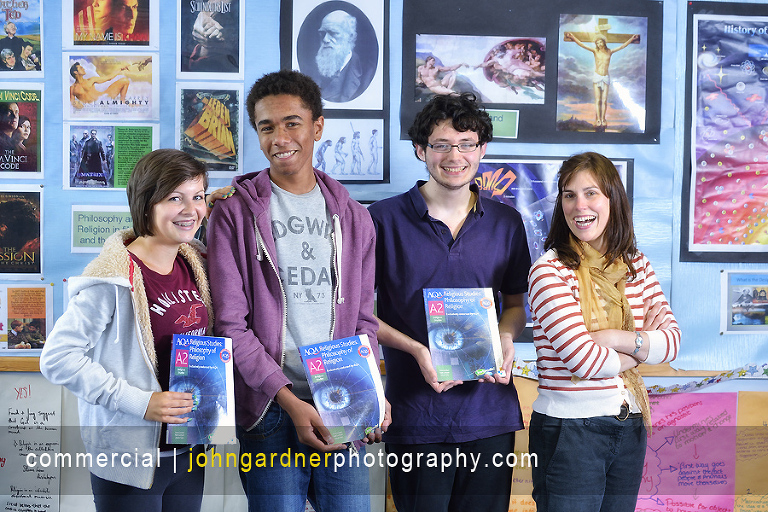 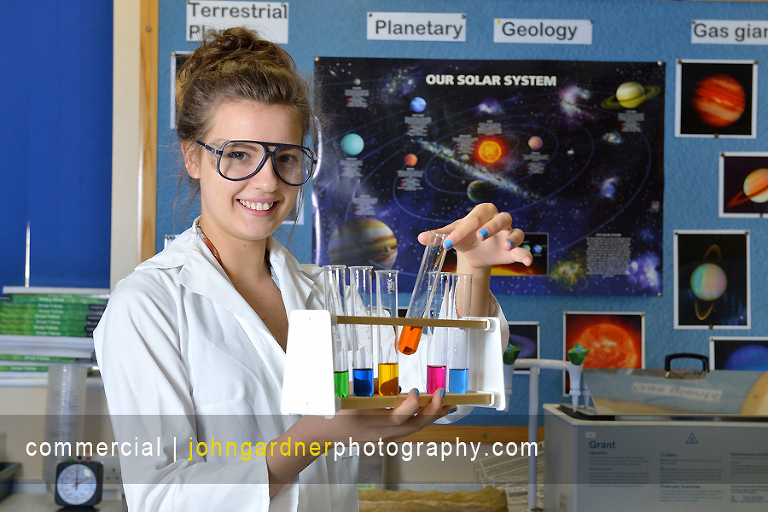 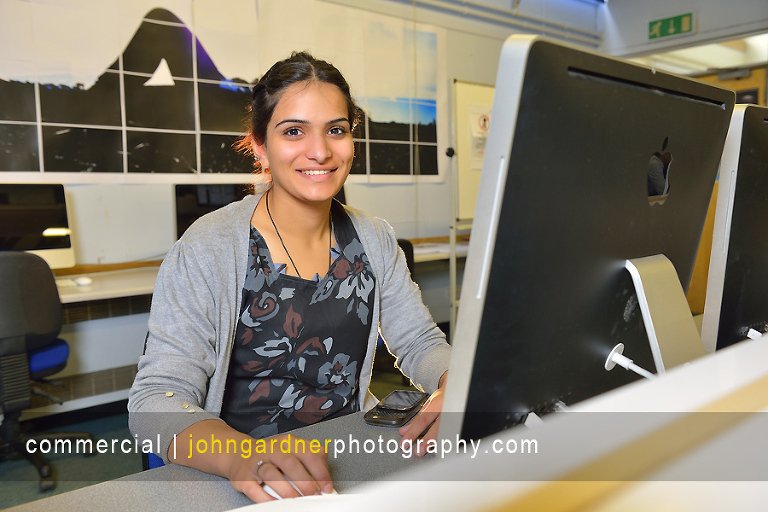 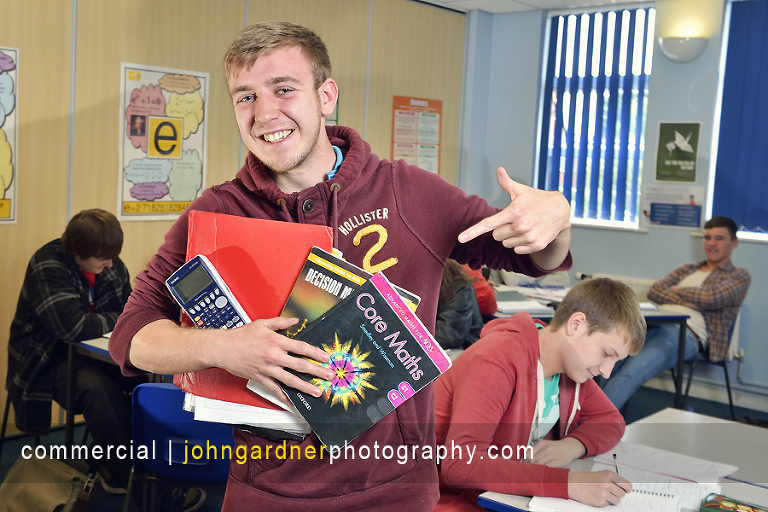 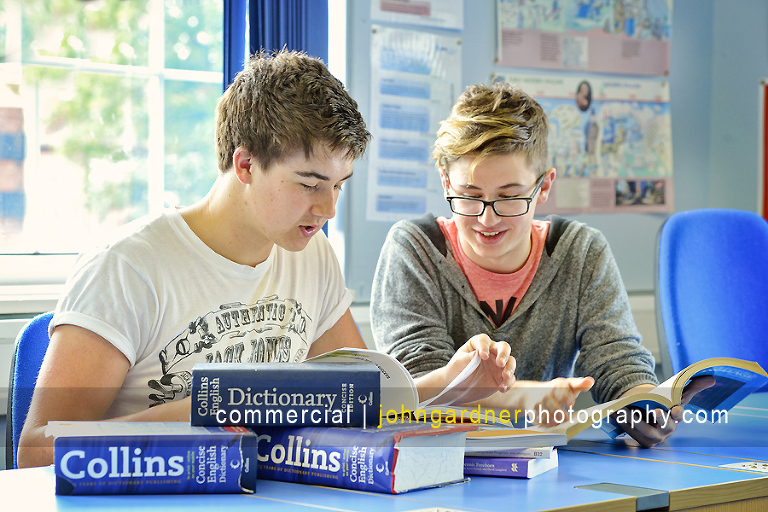 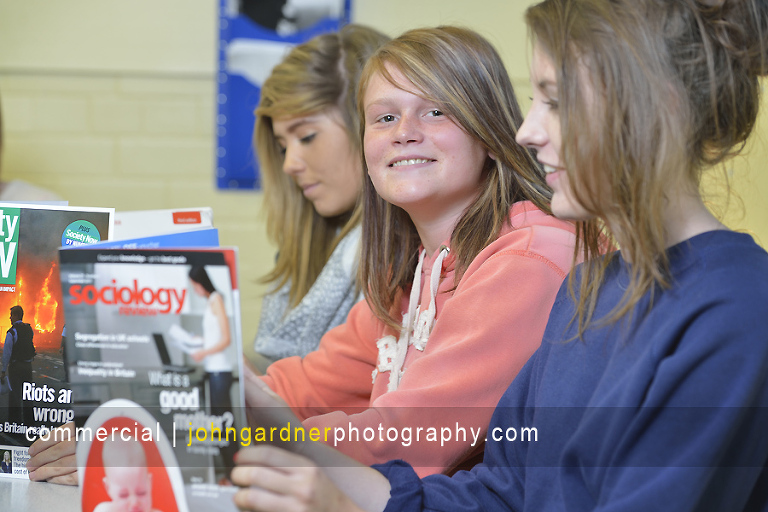