I met up with Russ and the MK Illuminations installation gang at Crystal Peaks shopping centre  in Sheffield tonight at around 8pm with the aim of getting some shots of them dismantling the Christmas lights. We had intended to get shots of them doing an installation job but due to various reasons this never happened so instead we went for a dismantle shoot and hope that no-one will spot the difference in the brochure ;¬) Owen, Luke and Mick provide the rope access skills to clamber around amongst the beams high up in the atrium whilst the rest of the team worked from ladders or a large cherry picker. The operation was pretty slick and the main showpiece was taken down smoothly and quickly bubble wrapped along with the rest of the lights and loaded onto an articulated lorry for haulage back to the depot.

Lighting was tricky because the guys were mostly dressed in black, were working around 50ft above me against glass which made for a black night time backdrop and to cap it all I’d left my light stands in the studio even though I was confident I had them in the back of the car :¬( This meant I had to do some MacGyver style lighting, strapping speedlights to parts of the mall and on top of a monopod which was balanced against a tripod or other structure! The speedlights, as good as they are, were struggling to light the guys up in the gods but we eventually got some pictures of the lads at work which will illustrate their efforts. 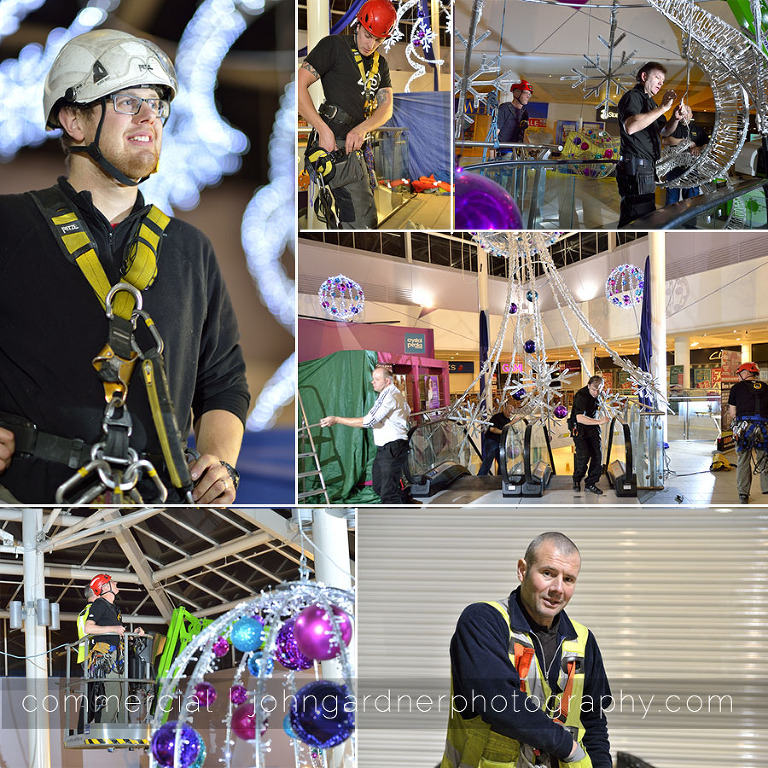 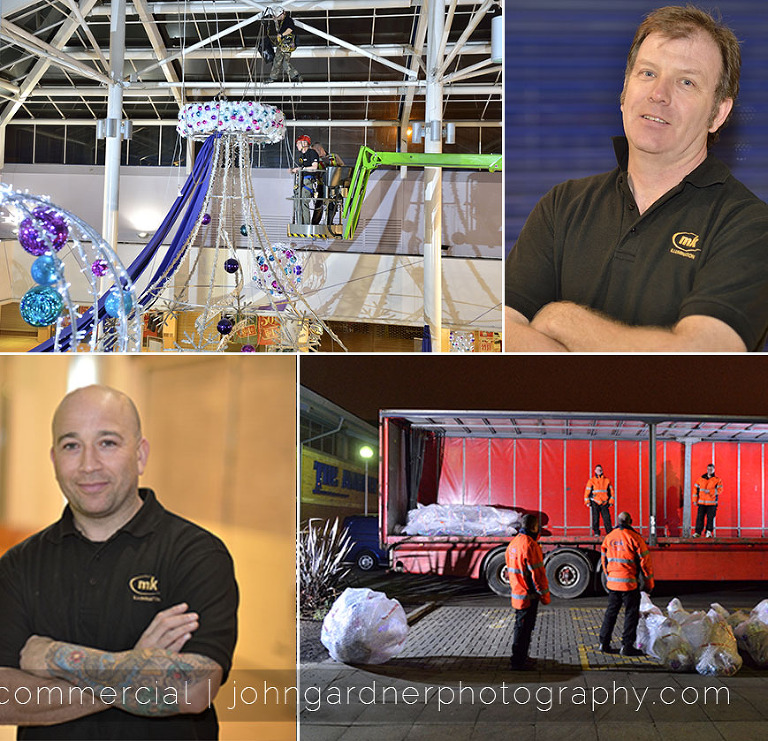 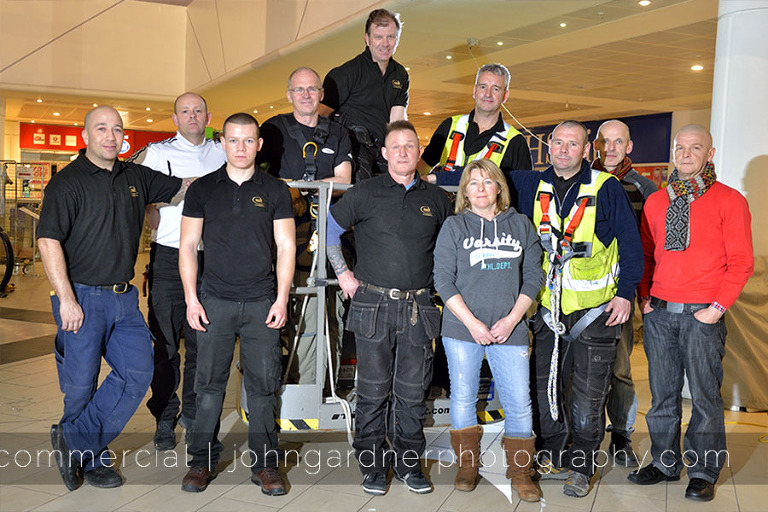