Louis the chocolate Labrador came for a portrait shoot today as a surprise Christmas gift (don’t worry, the  person the gift is for is unlikely to be looking at the blog just now!). I decided on shooting outdoors as I think it is more natural for animals and also they have more freedom and it’s less of a problem if they are boisterous. Louis was very placid though and enjoyed himself on his first visit to Newmillerdam and I chose a spot where he was slightly raised up which gave me the ability to shoot from a low view point so that I was shooting at eye level with him. Being at eye level with the subject, regardless of subject size, is something that I’ve preached over the last 20yrs as a semi-professional wildlife photographer, it just makes for a more powerful image.

Someone enquired about a dog portrait not so long back and when I said I would shoot it outdoors, they immediately dismissed the idea saying that they owned a digital camera and could take outdoor photographs. Well, that may be, but the difference when I photograph outdoors is that I am not shooting with a digital compact or even a DSLR with a standard kit lens. I am shooting with a 300mm or even a 500mm which gives a unique look that is characteristic with big lenses and that is a very shallow depth of field: in simple terms, my subjects stand out from a very soft out of focus background which gives a three dimensional feel to the image that is not achievable with a wide angle or shorter focal length. 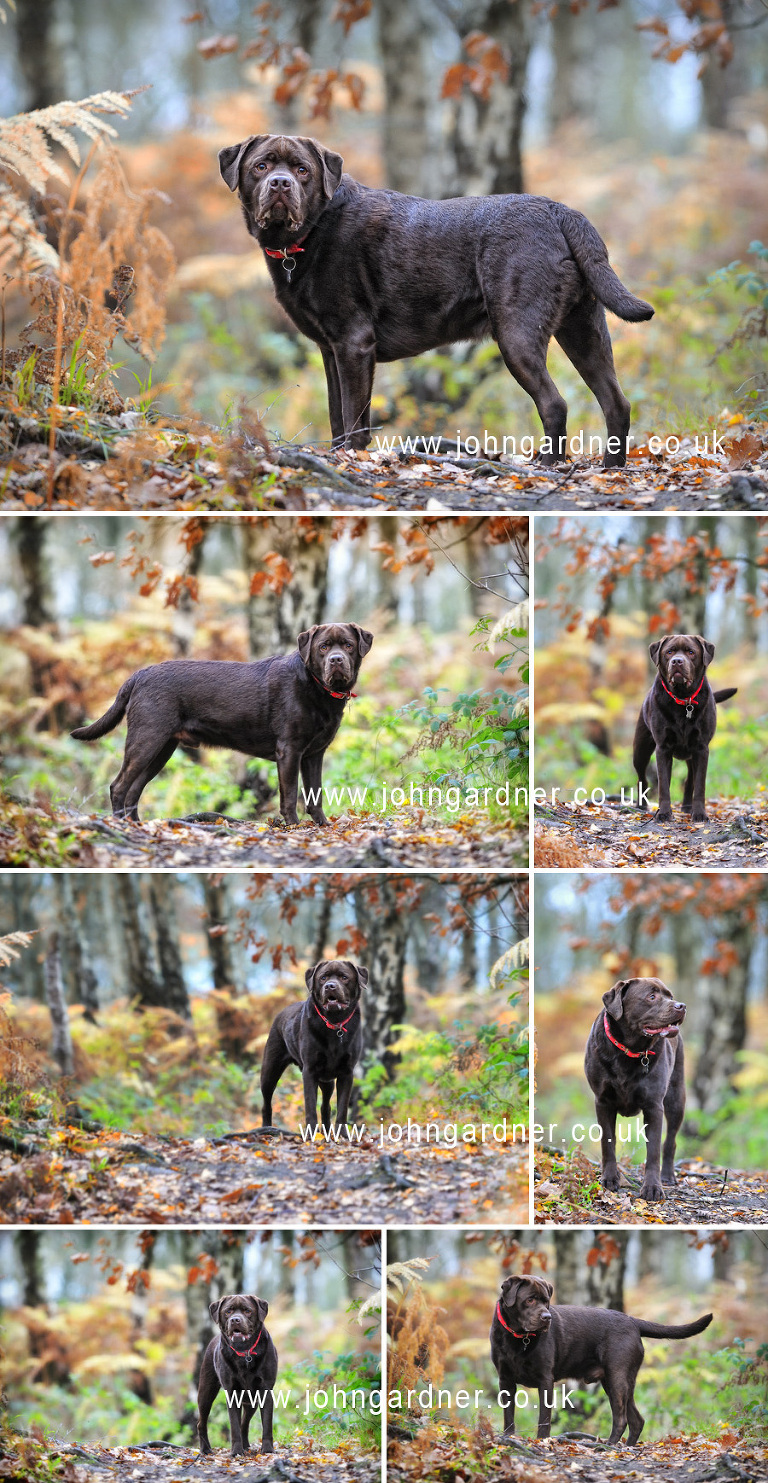