I’ve been a member of Wakefield Camera Club for a long time now and I never imagined when I joined in the 80s as an itinerant nature photographer, that years down the line I would become a pro photographer specialising in portraiture, fashion and glamour. I still shoot a lot of wildlife images, and in fact I’ll soon be in Bulgaria for some hard core bird photography, but I mostly shoot people these days  and its a big depature from my early ambitions as a photographer. Anyhow, every couple of months the club runs a lighting demo and I usually front it, taking along a model with me and showing a lighting set-up. Last night was no different and I used a simple three light set-up to shoot Terri Valentine, a girl that I shot a few months ago in the studio. Once I’ve set up the lights, explained why and taken a few sample shots to show how to get on with a model, I hand over to the club members who then take it in turns to shoot the model. Ergo, I only end up with a few shots each time and usually they aren’t well composed due to rushing. Last night, as ever, I only ended up having shot 10 frames, none of which I’m happy with, but here I’ve worked one up to show the results. 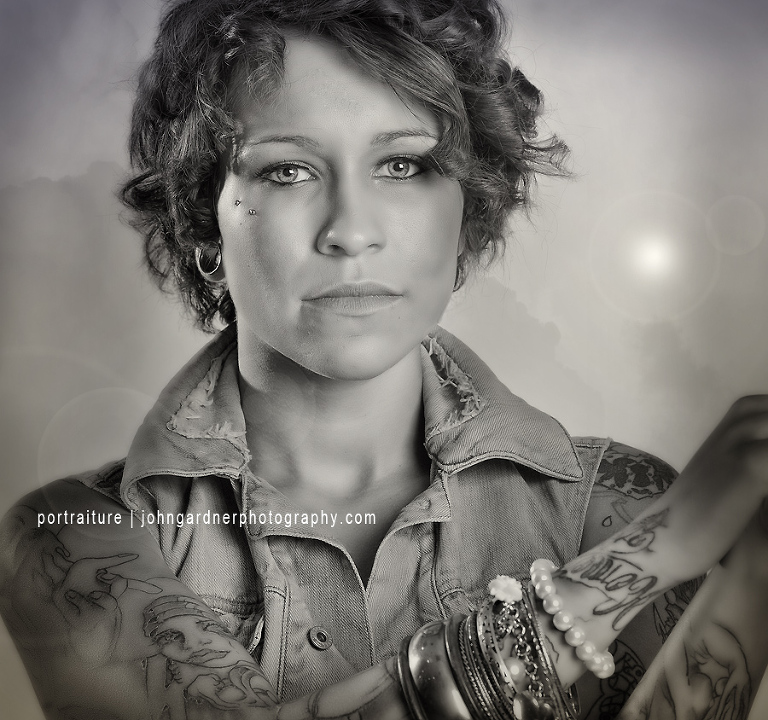