After a heavy weekend of weddings, pre-weddings and boudoir shoots, I headed off to Leeds first thing this morning to shoot some interiors of Leeds Civic Hall and Leeds Town Hall for a commercial commission. It was another baking day too – very unusual this year to have almost three days of sun – so I was boiled alive after carting the gear across Leeds for the shoot! Fortunately, all the pre-planning and sorting out access paid off and I was straight into the chambers in the Civic Hall which were ok, but nowhere near the grandeur of the Victoria concert hall over in the Town Hall! I used the trusty 24mm PC-E lens for many of the shots but even that couldn’t capture the whole scene despite all its tilt and shift movements, so I resorted to the 14-24mm f/2.8 to get really wide for some of the shots but the downside is distortion of the verticals. Here are a couple of images as I have some other edits to do and CDs to get out to clients before I head off to Holland for a well earned break for 7 days! 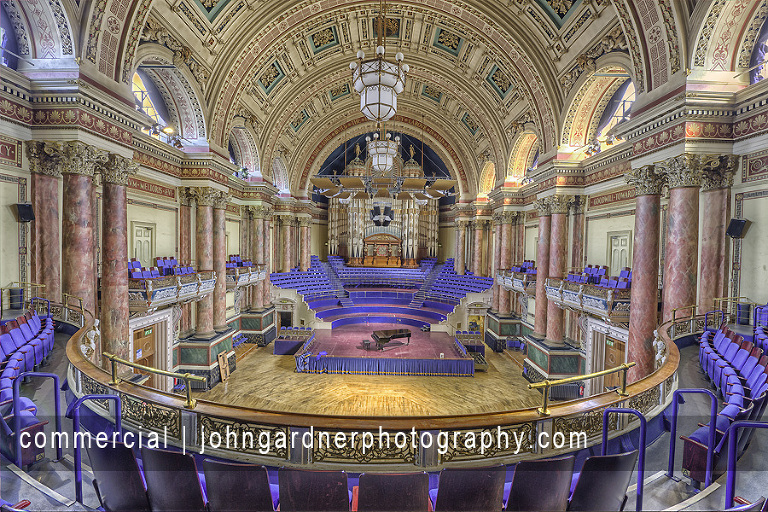 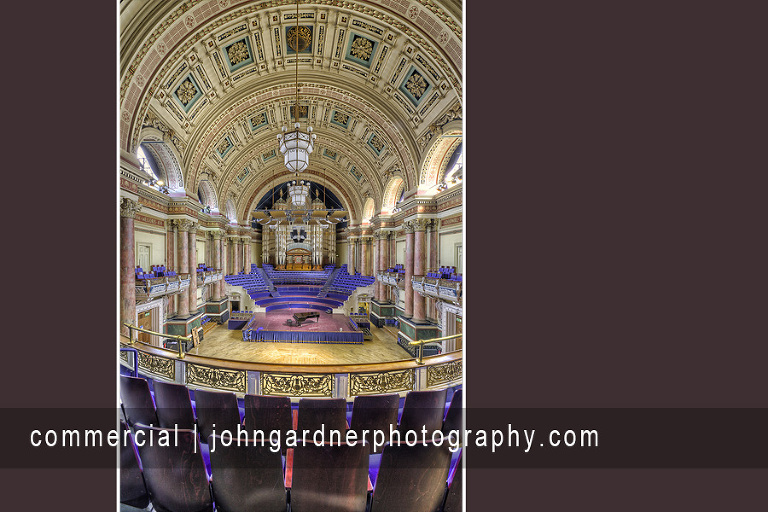 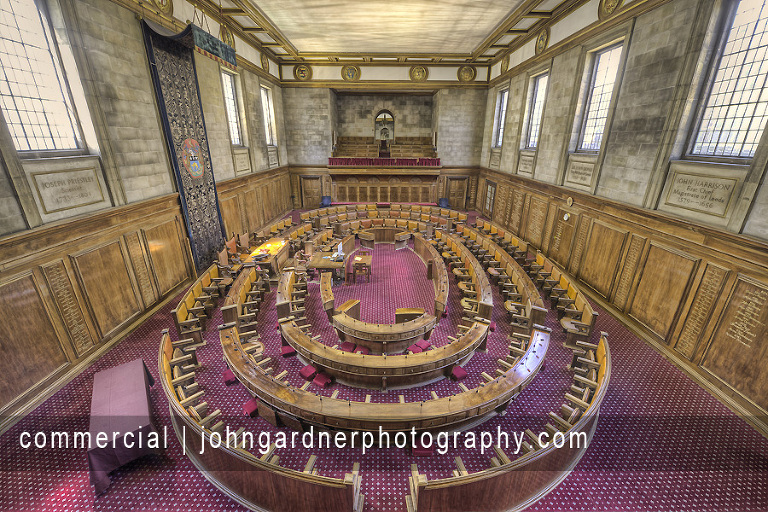