After Roxy’s pin-up shoot and a quick sandwich, I headed off to Leeds to cover the Leeds Fashion Show 2010 at Leeds City Museum. I had an ‘access all areas’ pass which gave me great freedom to move around the venue from the backstage to catwalk and record the event. Shooting the catwalk was harder than I imagined, mainly because there was a phalanx of photographers from press and other agencies and each time a model headed down the catwalk, strobes were popping like like a million lighting flashes in a tropical storm! This meant that quite frequently, my exposure would coincide with someone else’s and their combined flash would over-expose my image! However, I just kept plugging away and got some good images that I feel captured the event. I was disappointed that it wasn’t a raised catwalk as it meant that the models got lost amongst the crowd at times and also I was having to shoot over the top of two rows of guests. I can’t comment on the fashion but there were a few striking faces that I would like to shoot under more controlled conditions and don’t ask me who the designers were as I was too busy to pick up a programme to find out! 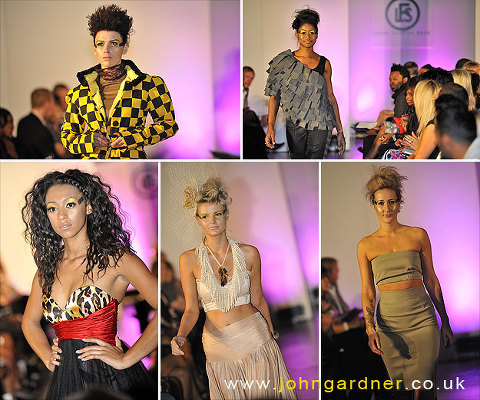 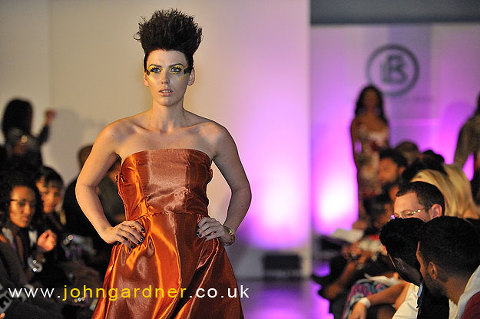