I headed north for school half term and spent a week in Argyll & Bute in a remote cottage nestled in the valley of Glendaruel hoping to get a few landscape images. The weather was not bad considering and I think we had more sun than if I had stayed at home but I ended up not doing as much photography as I’d hoped. The bluebells were spectacular and I photographed a few bird species too but more of that over at wildscenes.com as and when I update it.  Here’s a couple of montages for now and then it’s back to the grindstone with a really heavy week of shoots with a couple of full day commercial shoots and two weddings not to mention editing, demos and tenders to get out! 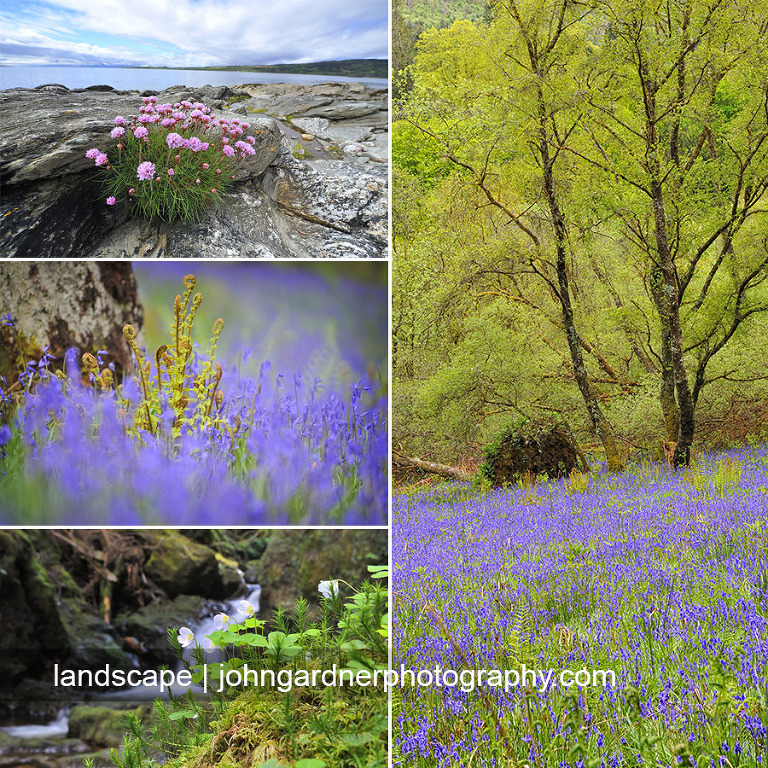 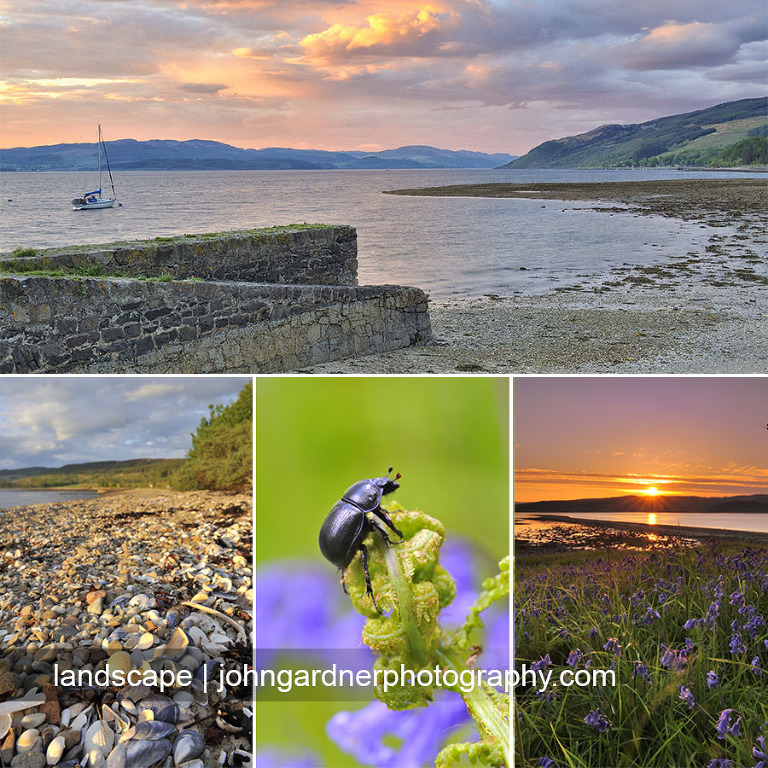