Kelly came by for a lingerie portfolio shoot today but had in her mind an idea to shoot on location rather than in the studio and the image she really wanted was of her standing in the middle of a road in just underwear! Well, I’m not going to turn down a challenge like that so after an initial bit of a shoot in the studio, we headed off to the quieter roads around Woolley. I thought this area would be best not because we wanted to be discretely out of sight but rather I didn’t want a car slamming into me from behind while I’m peering down the viewfinder or having to move kit off the road every two mins! I also had in mind that I wanted the road to almost be a backdrop to the shoot so there had to be a hill and also the road had to be straight if it was to trail off behind Kelly. Lots of things to think about then! Anyway, we ended up near Woolley where I thought there was a road that would meet all our requirements and in many ways it did. It was still busier than I’d imagined and we had to move the kit a couple of times and one guy pulled up and asked if we were shooting a photo for the weather report on Look North at 6 o’clock! Any excuse to pull up and nosey methinks :¬) It was rushed in the end but I think we got the image she was after and we also shot in the fields around there too.

Call me on 01924 229800 to book me for your portfolio shoot in the clothes of your choice – lingerie or a burka – makes no odds to me and you will get some cracking images :¬) 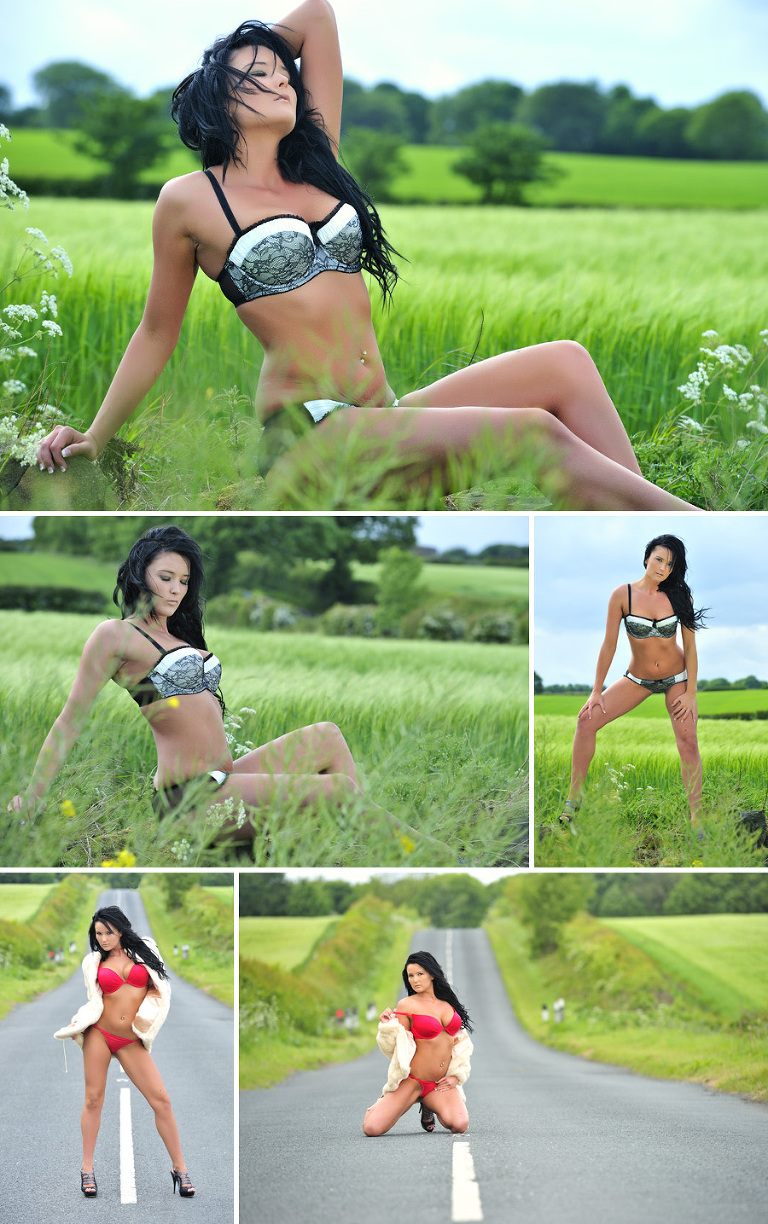