Not too bad this morning as we arrived at Claire’s mum’s for the bridal preps, but the forecast was for rain later in the day so I had my fingers crossed. As it turned out, other than a few spots outside the church just after the ceremony and some dark skies later in the afternoon, it turned out not bad at all. The suprise for me was that I recognised Claire’s mum Jill from school days – we went through junior and middle school together – puts me into perspective; old enough to be Claire’s dad! :¬\

The couple were married at Saint Cuthbert’s Church in Ackworth before heading off to Kings Croft in a vintage Rolls Royce for the reception. Justin had mentioned at the pre-wedding meet up that he would like a shot of the couple in the old shelter on the village green and also one in front of one of the village name plates that are fixed to the old millstones as you enter the village (from any direction). The best one for me was the one on Castlesyke Hill heading into Pontefract, but it’s in an awkward spot for parking, in fact it’s a no stopping zone. However, we managed to get the Rolls onto the grass verge off the road and in fact it made a great backdrop which we weren’t expecting to use! After this we headed on to Kings Croft Hotel for the reception and the rest of the photos, Here are just a few images as I’m off to today’s wedding very shortly, but I will post more over the next few days as I begin the edits. 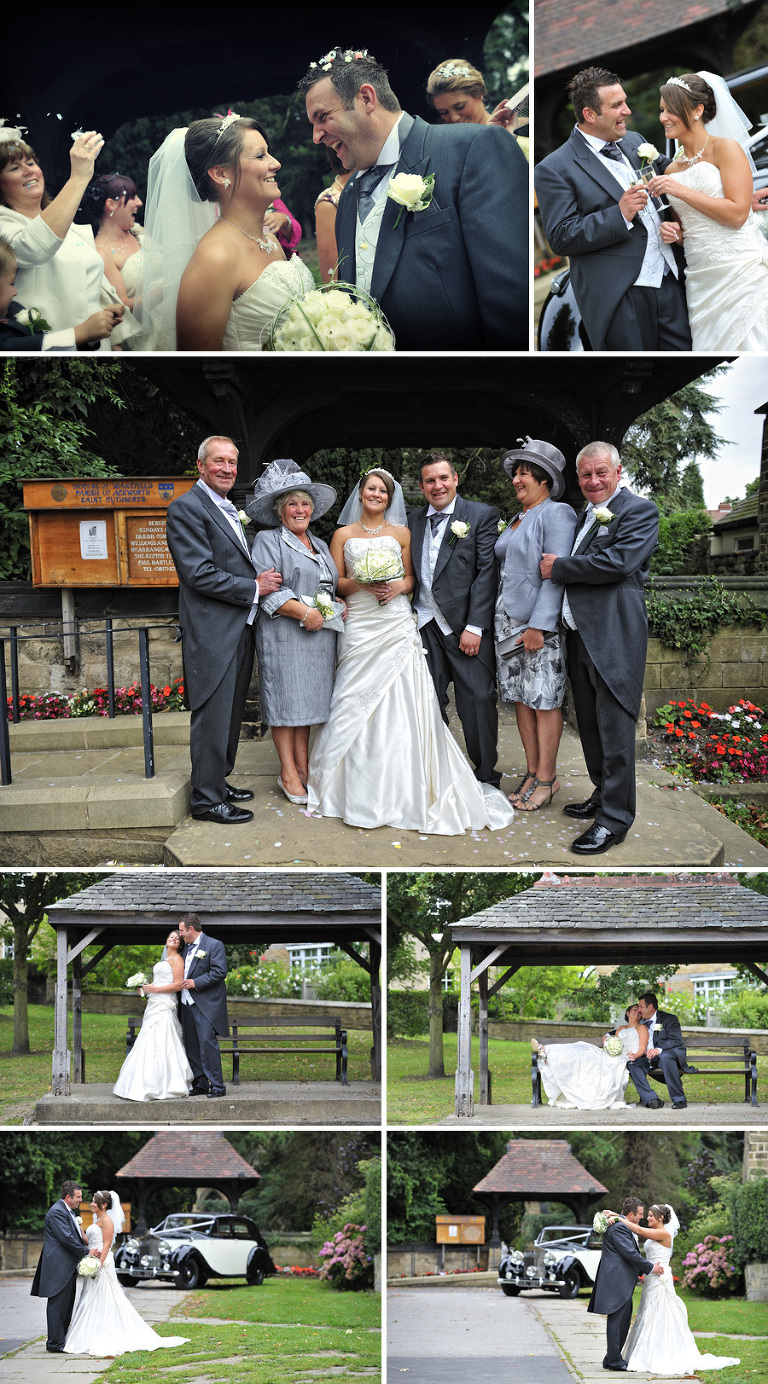