I took a gamble on the weather today to complete a second commission from Hanson Bricks, this time in Sheffield and Rotherham. The brief was to photograph the new fire station in Sheffield which is constructed mainly of Hanson red bricks – in each of these projects you will notice the brickwork is a different style – so the fire station is different brickwork to that of the York and Selby shoot I did earlier in the week. The fire station was difficult due to it facing north, so I think I may have to make one more visit in late evening light when the sun is low in the west and hopefully spilling round onto the front of the building. Low evening light would make the brickwork incandescent too which would add to the image. I also visited a mosque in Rotherham which is constructed of a very bright buff brisk, in fact its the only building in Rotherham to be constructed of this light coloured brickwork! This was a difficult shoot as I couldn’t get back far enough to get the building in using the 24mm shift lens. I did manage it but I also used the 14mm which, although getting the whole building in, did give me some outrageous converging verticals. However, I like theses shots and also some of the more arty angular images. Another enjoyable day in the field :¬) 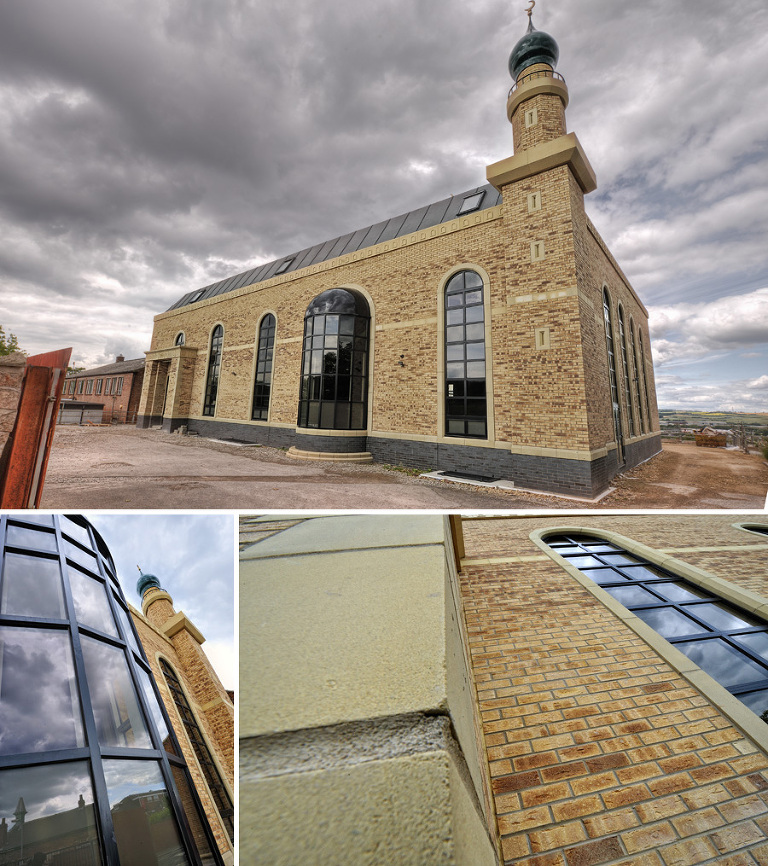