This evening I was at the elegant Woodsome Hall golf club to shoot some images of Greedy Little Pig Hog Roast company for their new website. Joanne & David of GLP travel widely to venues with their delicious hog roasts to provide tasty meals at weddings, parties and other functions but have recently decided they need a web site to further promote the business. Of course, a good web site needs good pictures and the guys decided that, unlike the dozens of other hog roast companies that have just used snaps on their websites, they’d commission a set of images to convey just how good their services are.

Although the venue was pretty impressive, the hog roast didn’t take place until 9pm and it was outside! This meant I was shooting in complete darkness which isn’t ideal – a twilight shoot with some light in the sky would have been preferable – and the only light under the gazebo was from the hot tray! The problem is not so much lighting the product but being able to light the product and bring in some of the ambient light (which at 9pm is non existent!). Undeterred, I used ball bungied a couple of speedlights into the gazebo for accent and used a third speedlight in a softbox for key. I’m pleased with the images given the difficult conditions and I’ve selected a few to give an idea of what we shot. Oh! And I did get to eat the pork sandwich that we used as a sample. Nom nom!

If, like David & Joanne, you need a professional photographer to really boost your product’s image, give me a call on 01924 229800. You may just be suprised at how affordable it is! 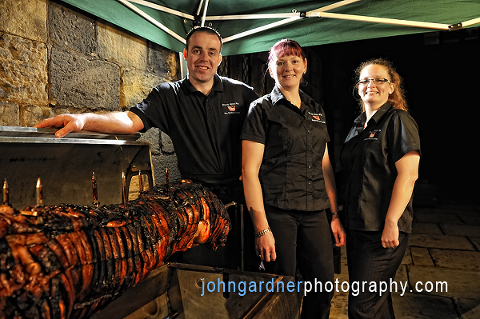 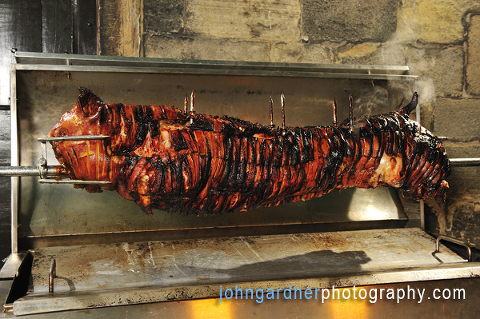 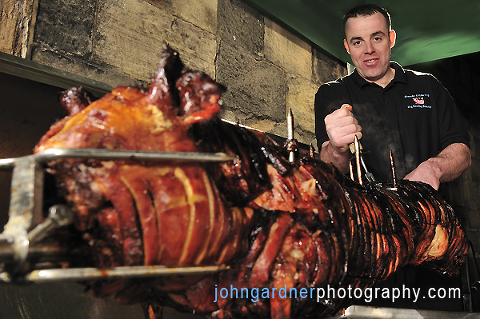 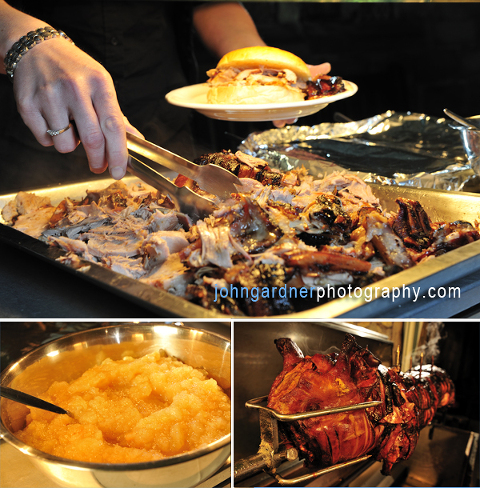 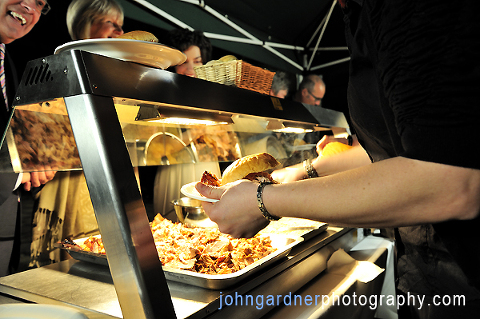 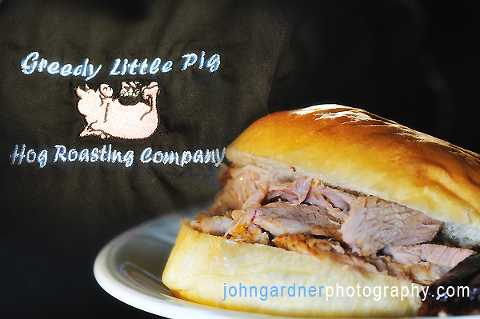