Left the studio and went straight up to Ossett to photograph Geoff and Marian Carr’s diamond wedding anniversary which means that 6oyrs ago yesterday they tied the knot!  I can imagine the wedding photography we shoot today is far removed from what these guys would have experienced! None of the getting ready, the bridal portraits and certainly not the first dance! I started with a few formals of the couple using a black infinity curve lit with three Bowens 500c heads, augmented with a bit of fill and coloured gels from a couple of speedlights. After the buffet tea, I shot Geoff and Marian with all their friends and family and also with the original bridal party which, unfortunately meant no best man or chief bridesmaids as both have passed away, but it did include a pageboy in his 60s :¬) 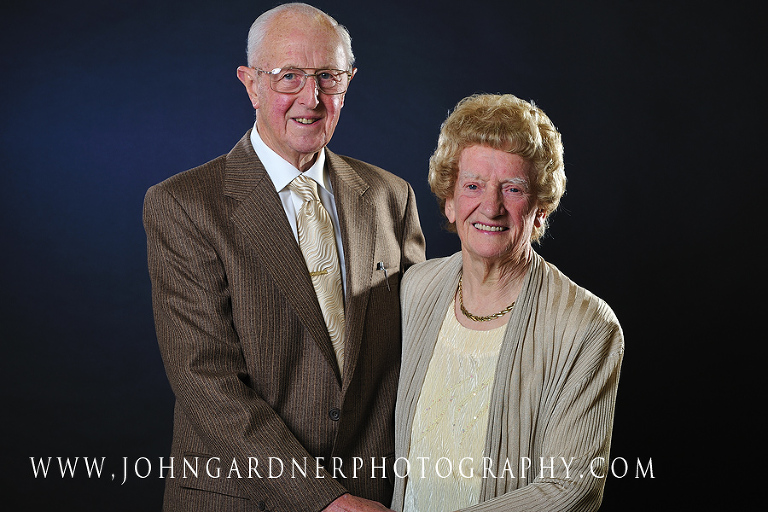