If you’re looking for a dog photographer in the Wakefield and Leeds area, then look no further :¬) That’s exactly what Sheryl did and today she was in the studio with her smooth-haired miniature dachshund known as Señor (as in the Spanish sen-yor). To be honest, he was a lot more active than I would have given him credit for and, as is often the case with animals, he hardly ever posed where I wanted him to and did his best to avoid the camera! In the end though, I managed a few nice images of him though I had intended to also shoot him outdoors with a super-tele to get some really nice portraits with a soft out of focus background but the high wind and driving rain put paid to that! However, we got by in the studio using a barley coloured background and a black background. I love shooting the classic portraits on black, especially when it’s a black subject.  Here’s just a couple from the shoot which I think will look great printed large on canvas or as a framed image. 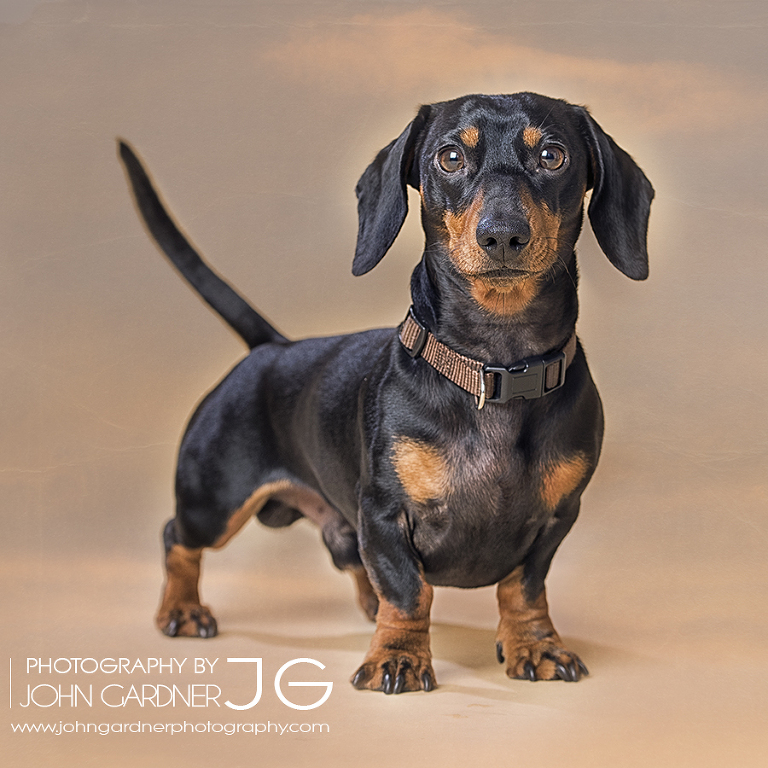 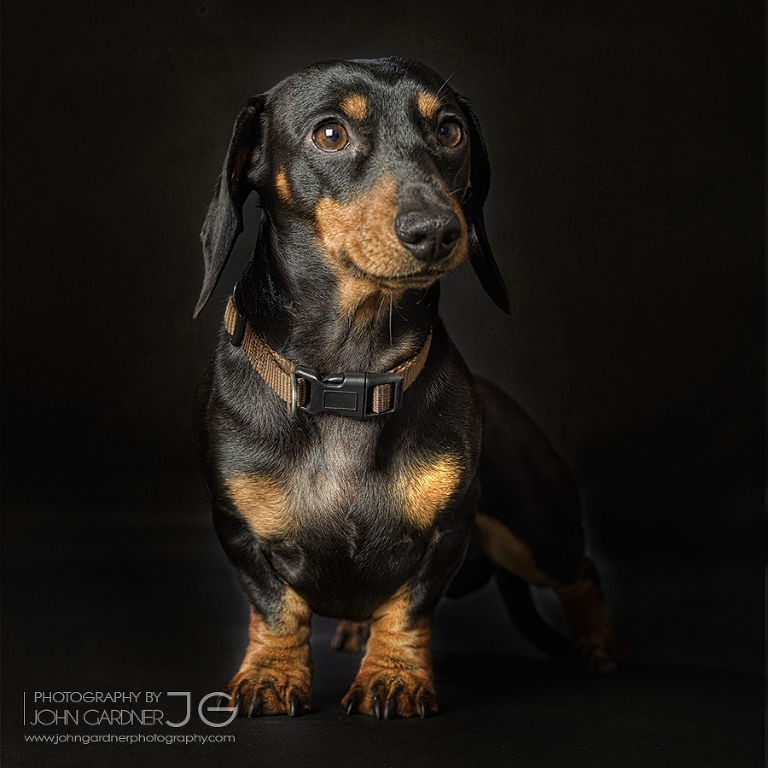