The fifth and final shoot of the day was Trinity Walk ‘gull wing’ over Sainsbury’s looking from the car park. The brief was to shoot across a busy car park to the shopping mall to give a sense of how popular the place is with shoppers so that the advertising agency can use the images to tempt new businesses into the few remaining vacant units. I’ve tried these shots before, uite sucessfully, using a set of ladders against the trolley parks, but it was bever enough height. So, I suggested they clear it with the TW management team to raise the exit barrier and allow me to bring my motorhome onto the site to give me a much greater working height by standing on the roof. It was either that or a cherry picker and in the end they opted for my motorhome suggestion, although I was only allowed to come on site from 4pm onwards which meant the car park was thining out a bit and defeated the shot. So, if you were at Trinity Walk today and saw a photographer on top of a motorhome taking pictures of the car park and mall, that would be me! I have to admit to being frazzled after a 5:00am start for the trains, two commercial shoots and two baby shoots all in one day! Time for a beer I think :¬) 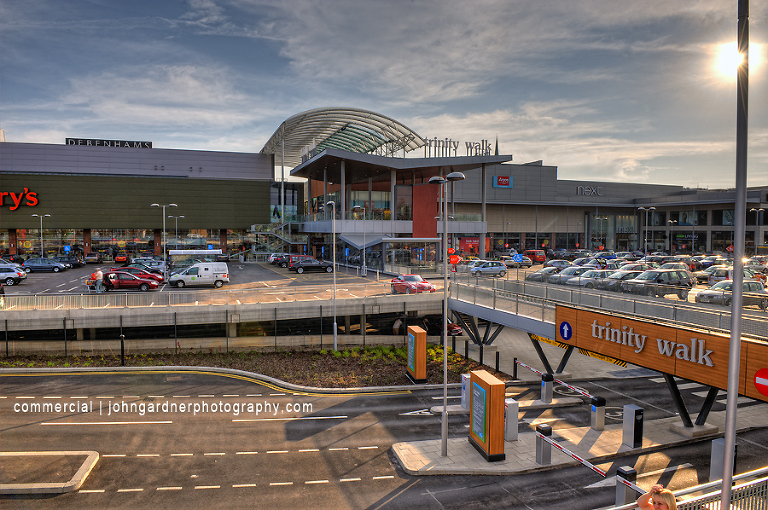