Yesterday I received a call from Nicola Adams of Adams Neuro Physiotherapy Ltd with a request to shoot some headshots of her for an article about her firm due to be printed in Frontline,  the magazine of the Charted Society of Physiotherapy. The beauty of being a full time commercial photographer is that I can just alter my schedule to shoot at short notice in just such a case as this. Just before I left for the studio this morning though, I was contacted by one of the designers of Frontline who wanted to chat about the photos: turns out that, as Nicola had now booked a pro, they wanted some shots of Nicola on location rather than just a headshot against a white sweep as I’d been asked. However, Nicola works in the community and is mobile so doesn’t have an office as such so it was time to come up with a cunning plan as Baldrick would say. Still using the studio, I decided I’d just shoot Nicola in the doorway of the changing room which meant there would be another doorway directly behind her giving the feel of an office or physio room. I also figured I could use the French doors that lead to the new bedroom set and by using an 85mm fairly wide open, I knew I could throw those doors out of focus enough to stop them being a distraction. It was then just a case of bringing in the Octa90 for the softest wrap around light and I just balanced this with daylight and added a bit of an accent for separation. Simples!

To book me for your commercial photography requirements, just call 01924 229800 for a chat. 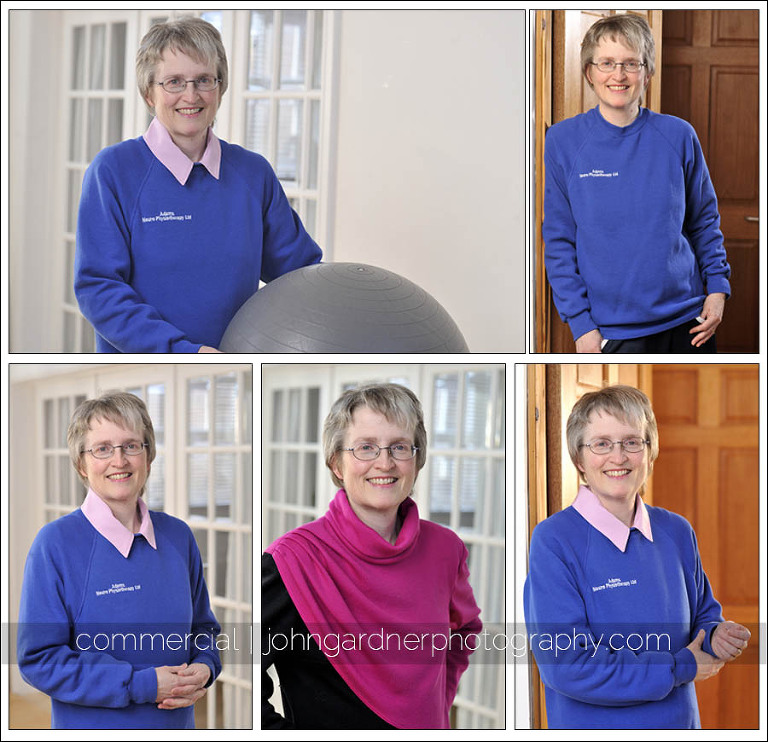