WET, WET, WET! No, not the 80s group but the weather today for my Bagden Hall wedding photography with Haley and David! I have to say it’s the first wet wedding I’ve had in years and it never stopped all day until the wedding moved indoors for the wedding breakfast at which moment the sun came out. As the speeches finished and the applause died down, the heavens opened again preventing us getting out in some evening sun! However, it did ease off a touch later on allowing us to finally get a big group shot and a confetti shot before first dance and the fireworks. We also managed a shot of all the guys in kilts too but it’s perhaps best left for private viewing. All I can say is David’s dad might only be small, but we all now know why he has such a deep voice!

The couple were married at  St Michael and All Angels parish church in Thornhill before travelling over to Bagden Hall for the reception. During the register signing, Georgia Harrup (The Voice contestant) and Haley’s brother, Brandon, both performed solo songs for the guests and they were both superb! The guests then all went in a double decker bus which we handily used for some of the wedding photography at Bagden Hall. I also set up some studio style shots in the great hall and entrance hall which I think is a great location anyway but we never made it to the gardens. After the wedding breakfast we did a bit more of the bride and groom, the bridal party with partners and of course I did a photo shoot with local celeb Georgia :¬) As the skies cleared we did get out for a few more shots and the confetti before retiring indoors for first dance, a hog roast and eventually fireworks on the lawn as darkness fell. To say the weather was so grim all day, I was happy with the images and here are just a fraction of what we got :¬) 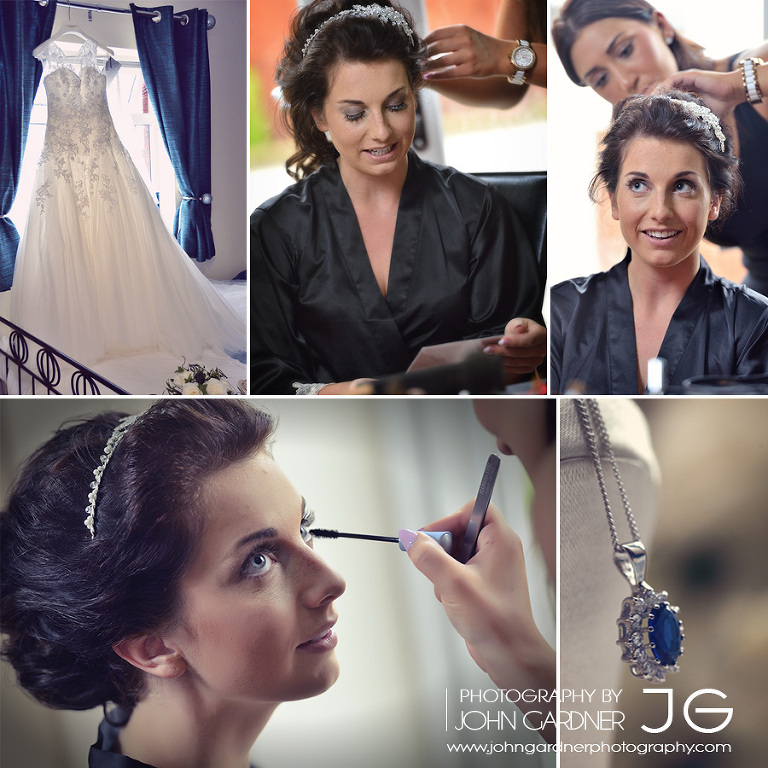 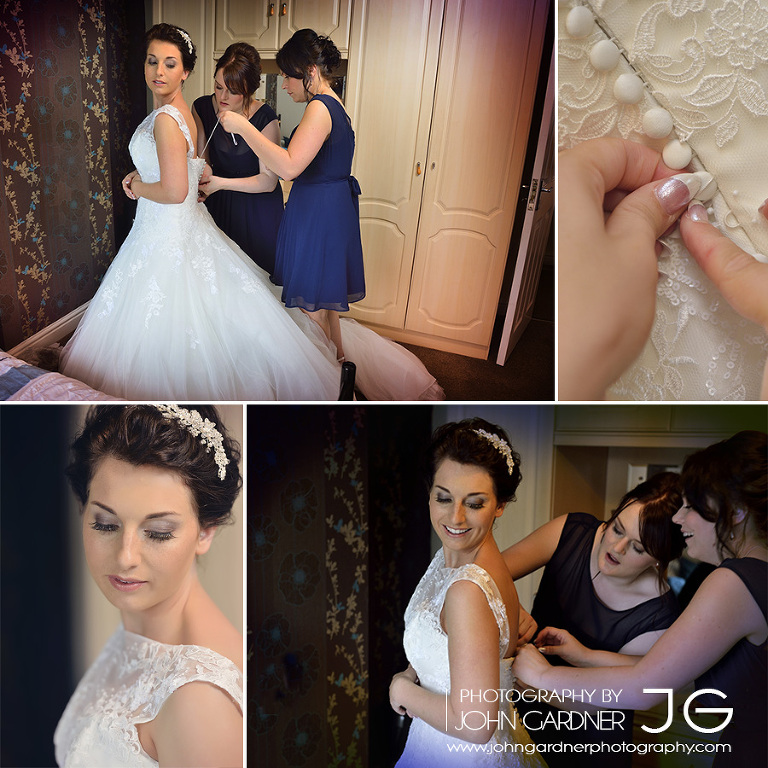 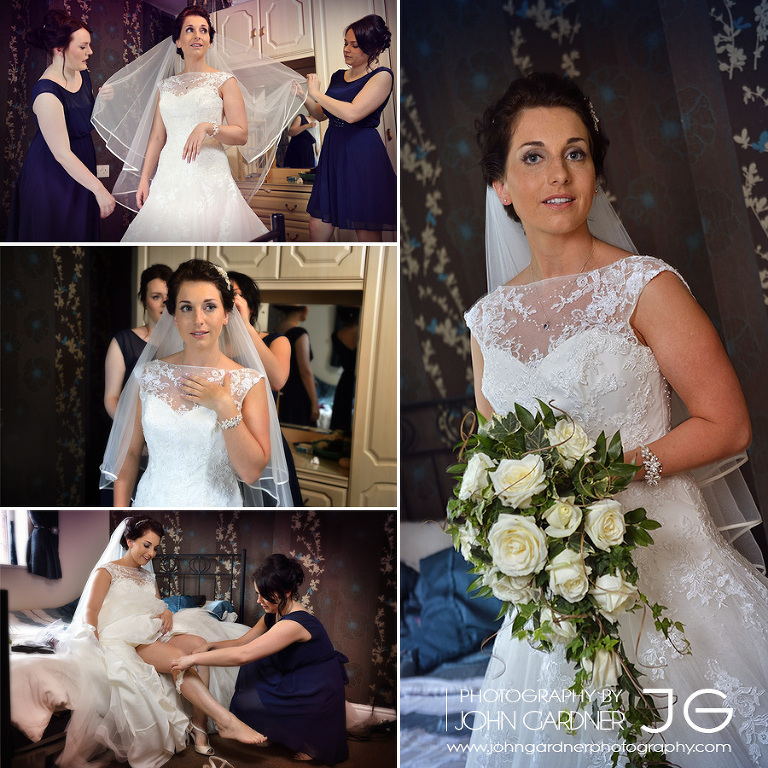 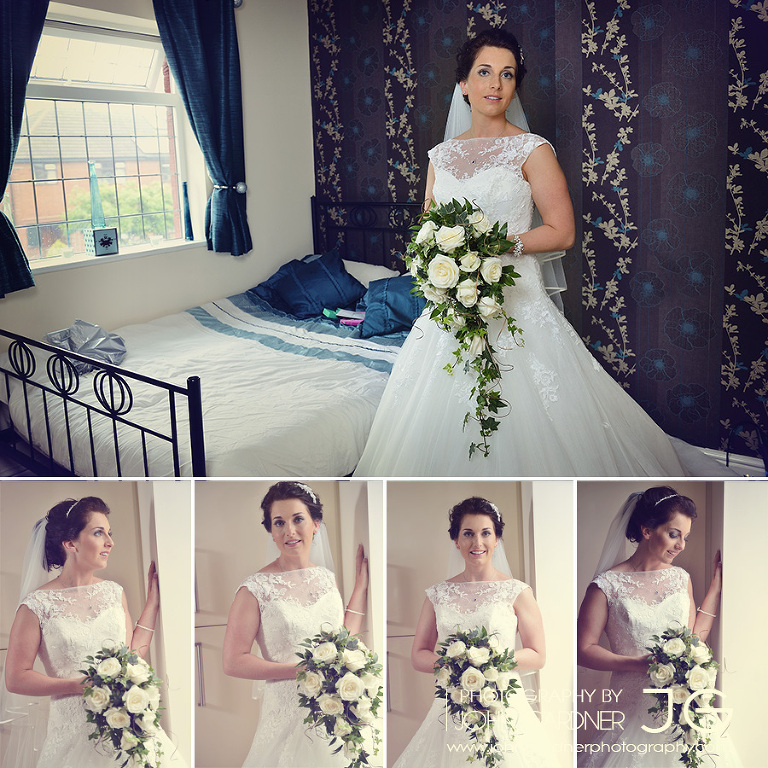 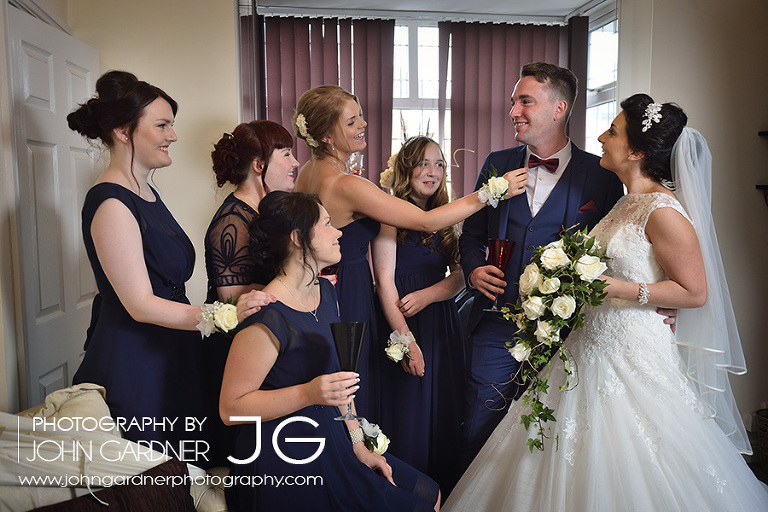 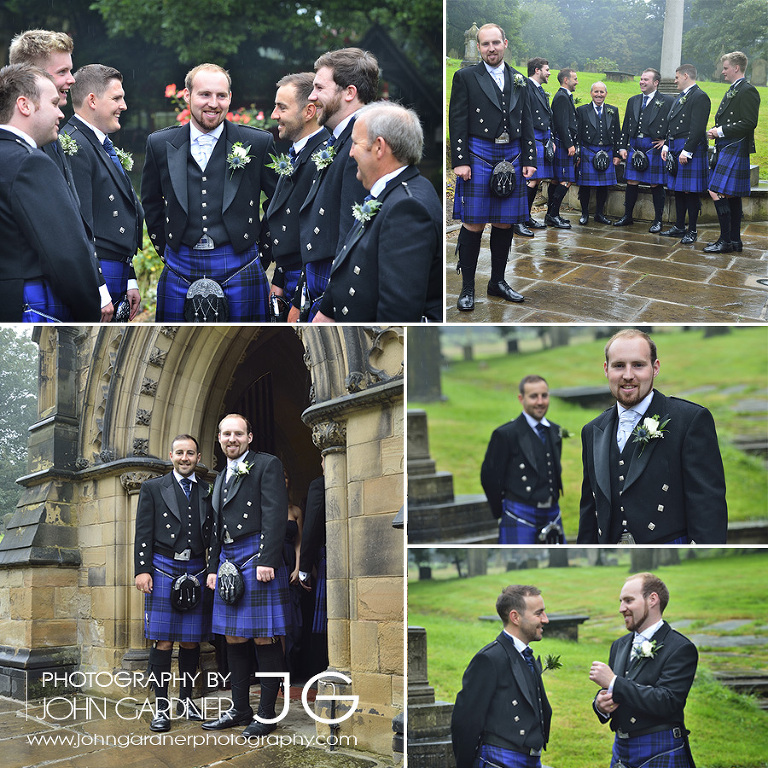 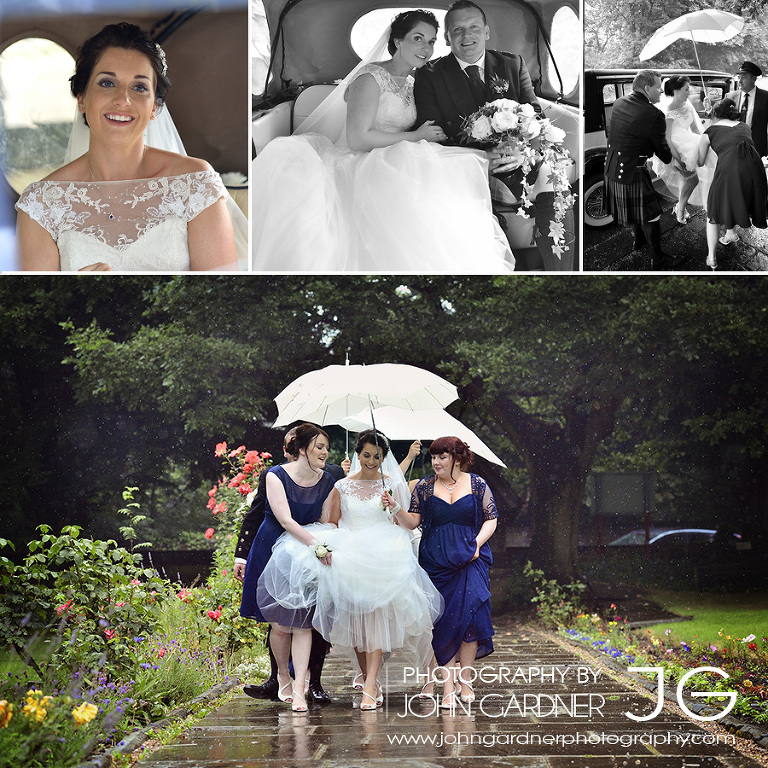 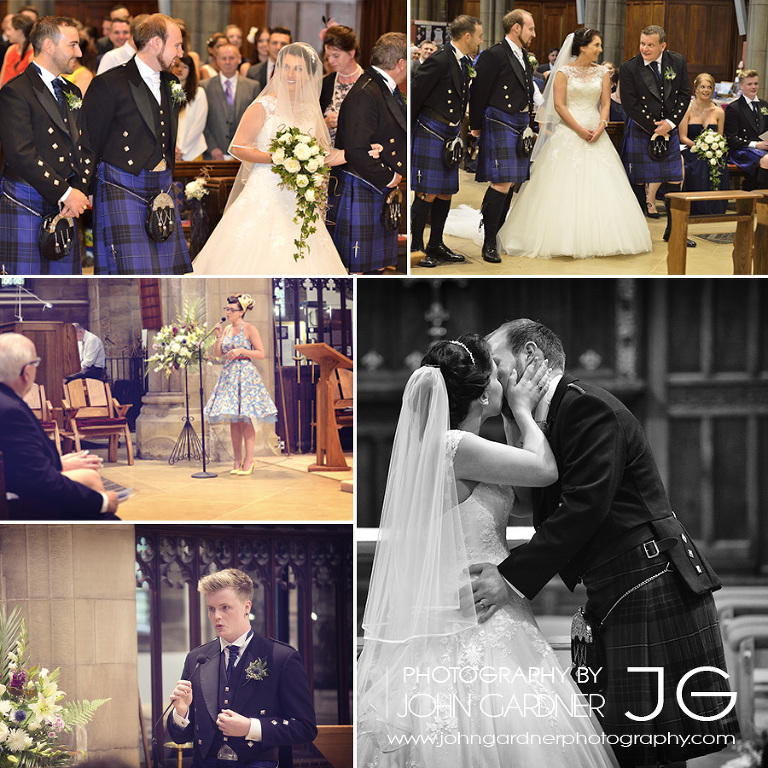 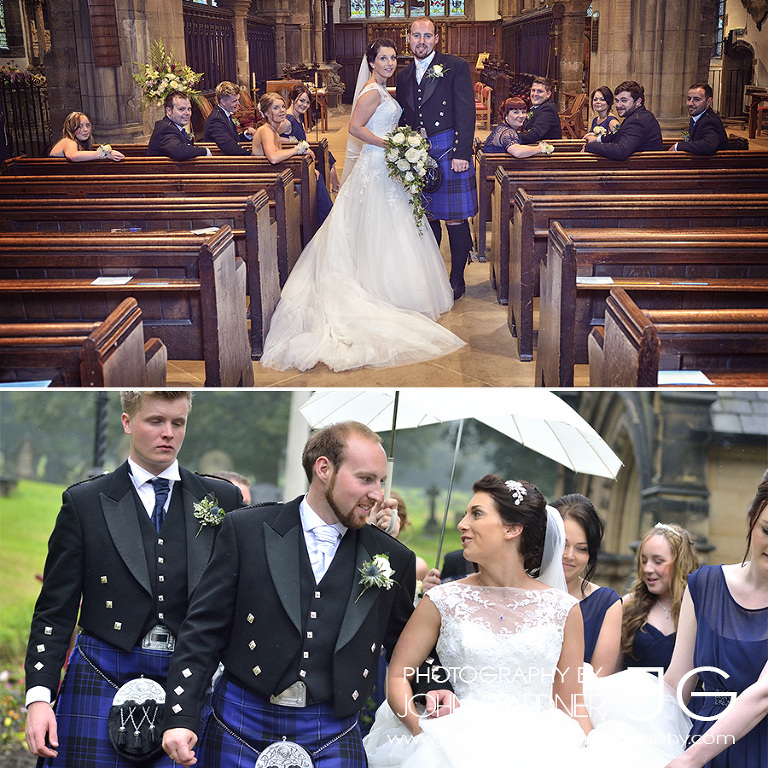 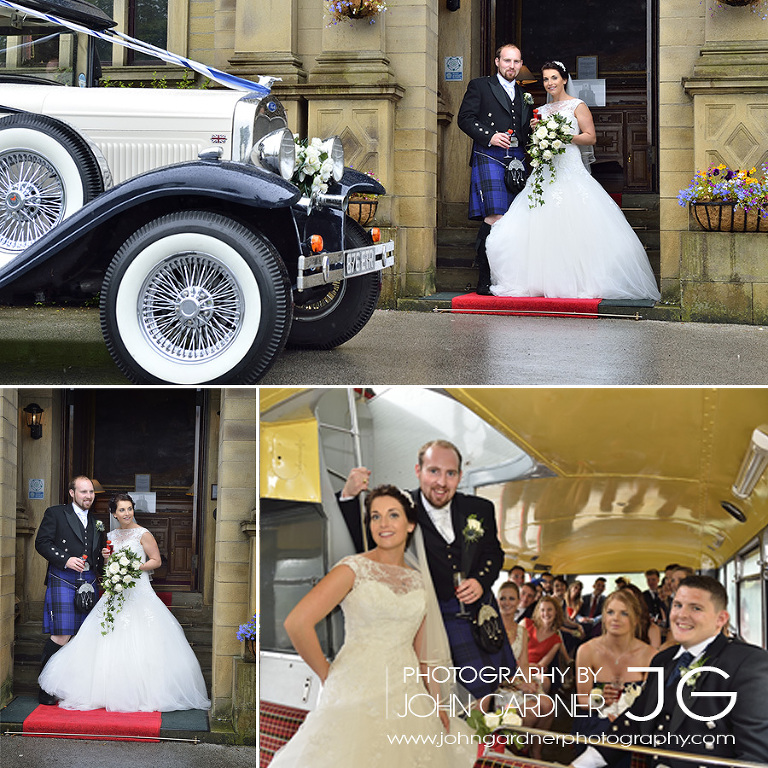 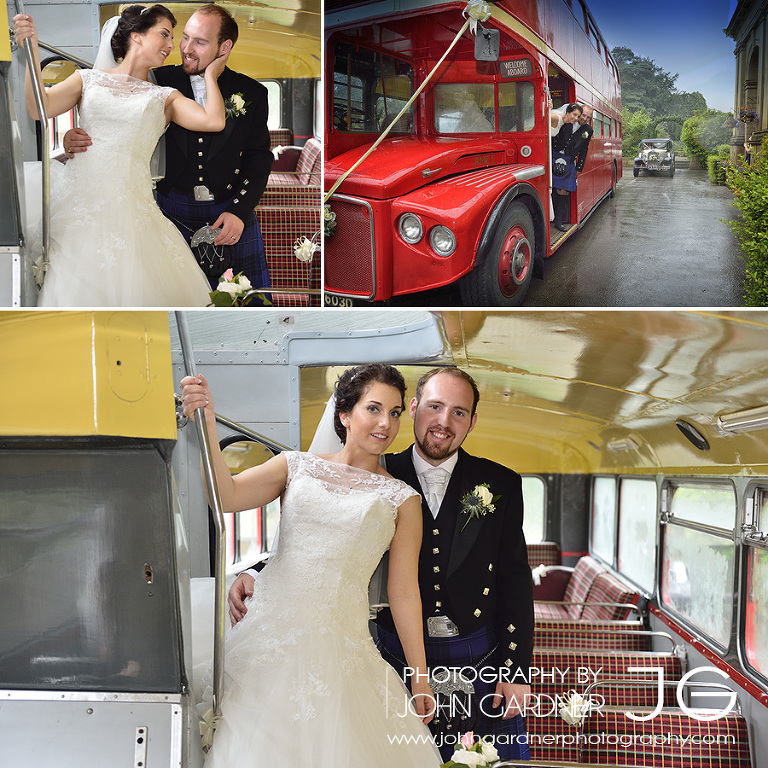 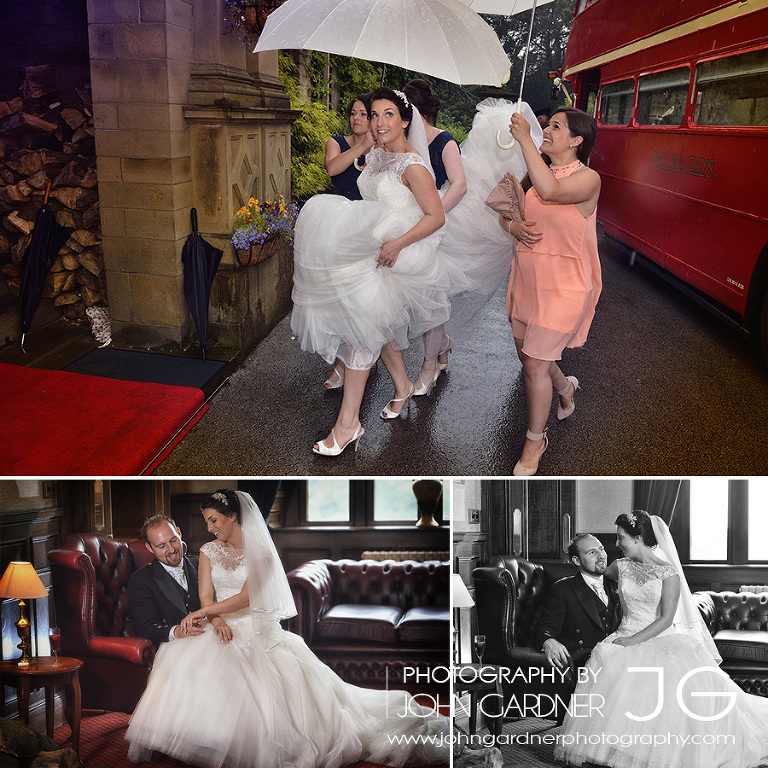 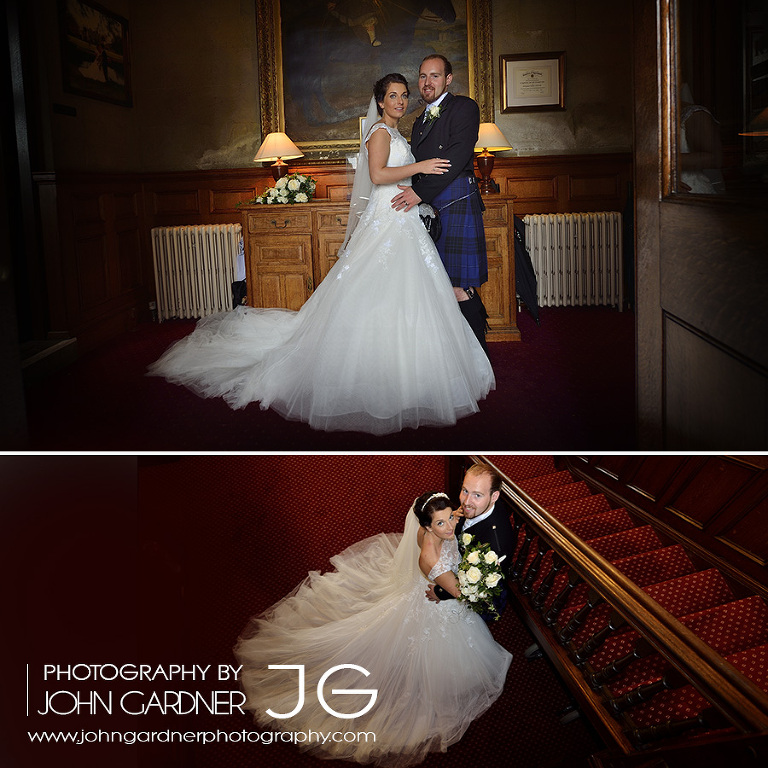 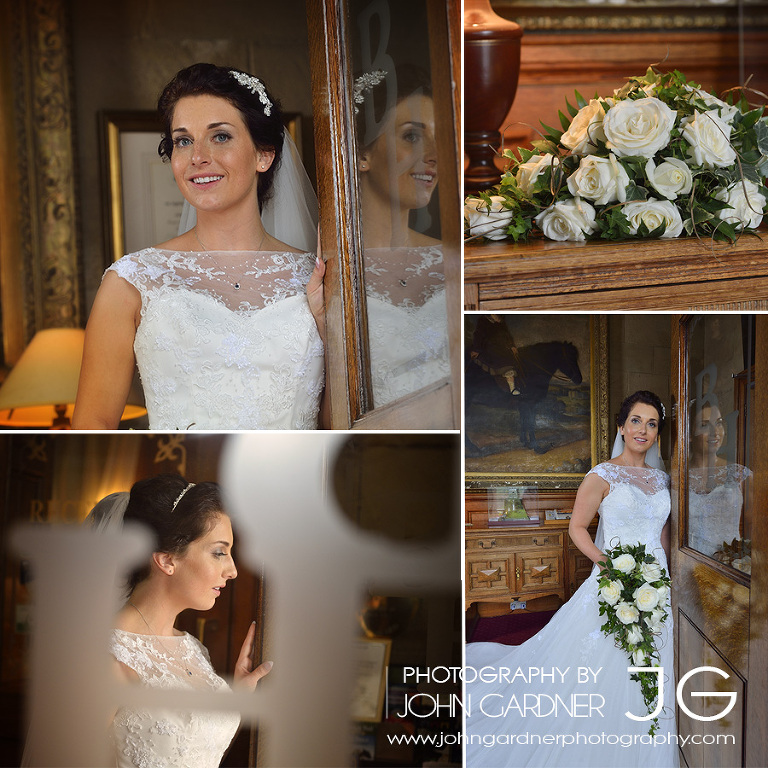 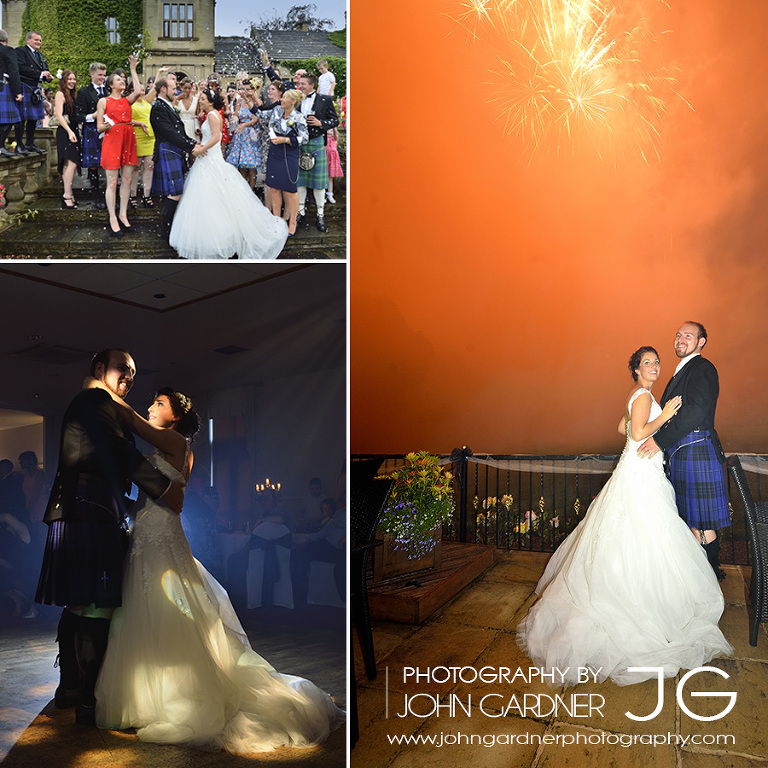