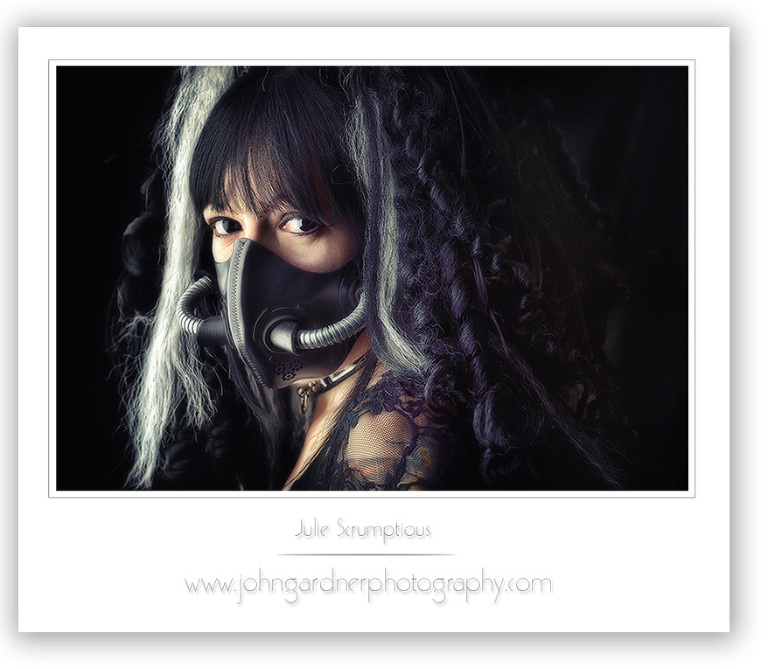 I took my skills as a Yorkshire alt model photographer down into Derbyshire tonight to do a lighting demo to Bolsover Camera Club. To be honest, I wasn’t expecting steampunk models but Bolsover CC said they would provide a couple of goth models for the shoot that I hadn’t met before so that they could watch me set up the lights and observe how I go about working with someone for the first time. I was not phased by the models, Laura was pretty much an easy shoot and Julie, although wearing a face mask, was still ok as I knew I’d just concentrate the light on the eyes. The biggest challenge came in the form of the room which had ceilings of around 7′ tall which meant I couldn’t get the light as high as I would have liked for the first set with Laura. As I often do when I give a lighting demo, I try and restrict the set-up to using a single light and a reflector to show that lighting doesn’t have to be complicated or flat and that a single light is often enough. It also means, club members can go away and try the techniques themselves with a single speedlight. 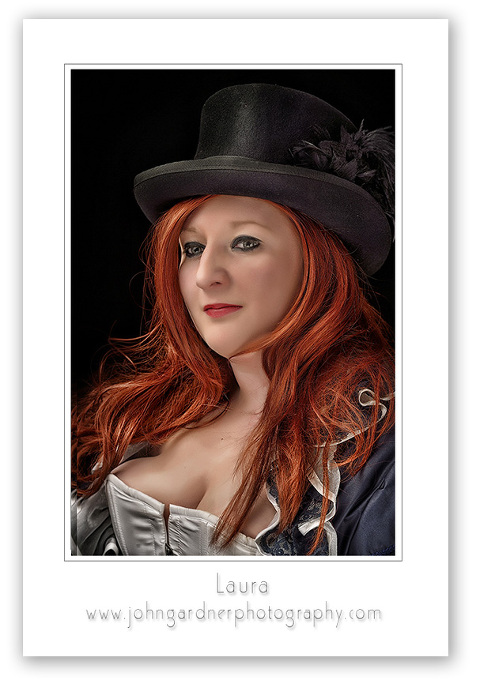 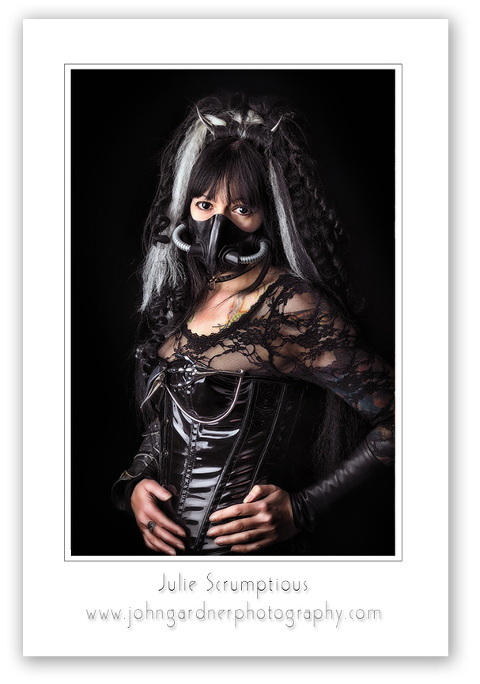