The absence of blog posts for the last two weeks is due to the fact I’ve been ‘en vacance’ in France for a bit of a break with the family. Although I took the cameras, I didn’t do as much landscape photography as I’d intended while touring Normady & Brittany, instead I ended up shooting mostly video with the Nikon DSLR. I’ve been fancying getting into video for a while now and combining it with stills to make short films set to music. With the newer generation of DSLR cameras having full HD video, it’s becoming a more easily achievable. However, I’ve learnt very quickly that cinematography is so very different to photography and to make it a bit out of the ordinary is going to have a steep learning curve associated with it! The holiday will soon be a distant memory as its straight back into the saddle with a corporate headshots shoot, two weddings, a baby bump shoot and two pre-wedding meetings in the next 5 days!! Here are a few shots of the spectacular Mont Saint Michel in Normandy. 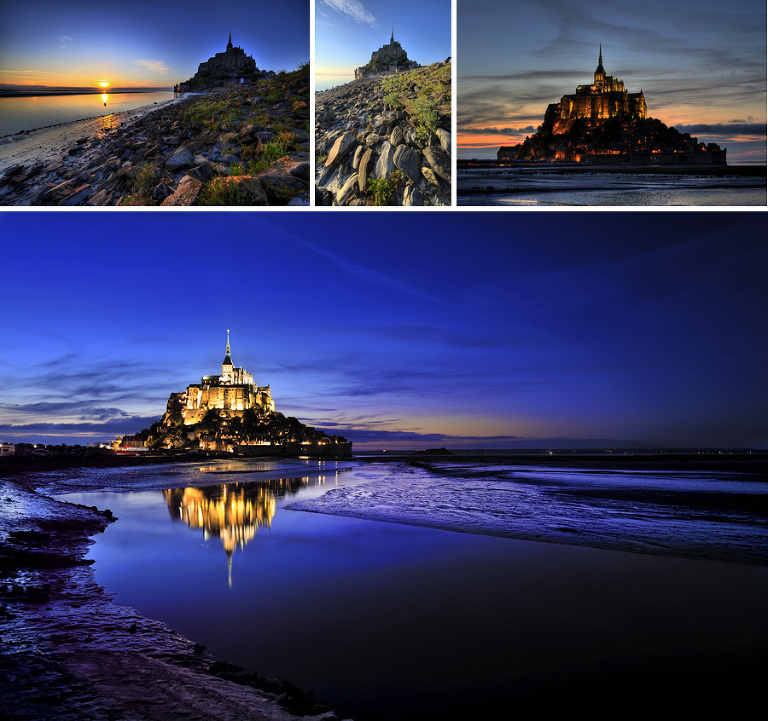