The day stayed fine and largely dry for Louise and Paul’s wedding at Wentbridge House Hotel today, with only light showers once they’d gone in for the wedding breakfast. We started the day at Louise’s parent’s house in North Elmsall before dropping down into  Wentbridge to catch up with the groom and the other guests ahead of the bride’s arrival and then on into the Crystal suite for the ceremony. The guests enjoyed a drinks reception on the lawn in warm, bright sunshine while we did the formal photographs and we finished with the bride and groom shots just as the clouds began to gather. The rain did,  however, stop us getting to a nearby location I’d scouted for some romantic evening shots in a meadow as the grass was too wet so we ended up with an evening shoot in the brasserie before the Friday night diners arrived. Despite being in a heavy metal band, Paul & Louise chose something conventional for their first dance but everyone enjoyed the ACDC track ‘Highway to Hell’ as they came down the aisle! 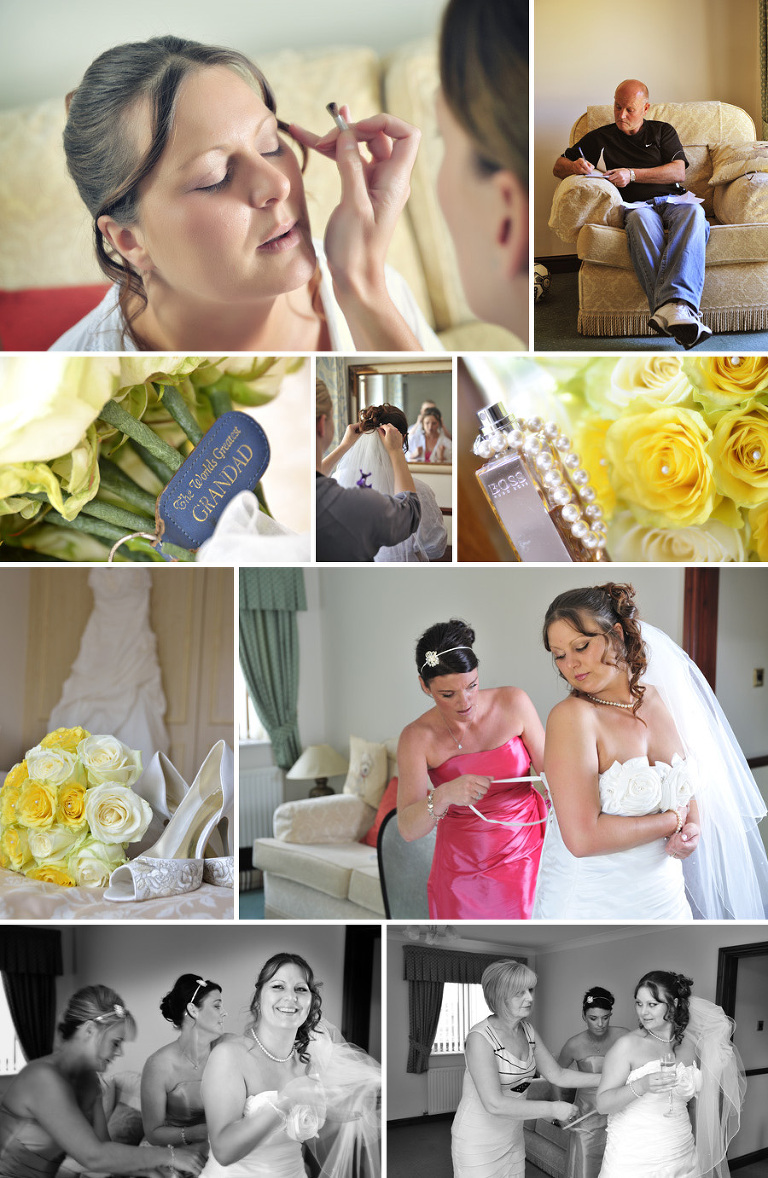